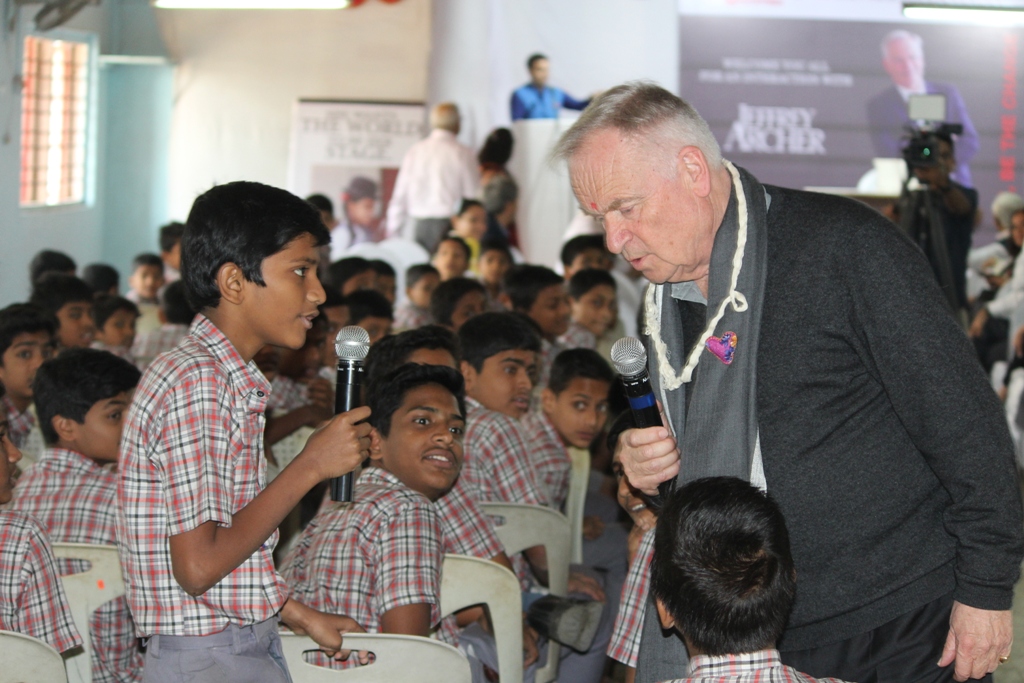 New Delhi, February 10, 2020: Lord Jeffrey Archer, the widely-acclaimed English novelist, short story writer, playwright, and former politician, visited and interacted with the needful, yet aspiring children of Navbharat Primary Govt. School, transformed by Yuva Unstoppable, in Mumbai. Yuva Unstoppable is a premier non-profit in the country working towards providing a great learning experience to children from low-income communities. It does this by upgrading/creating new infrastructure facilities in government schools of India with major emphasis on WASH facilities. To date, the NGO has transformed about 1500 schools and impacted more than 6,00,000 children across 41 cities of India. 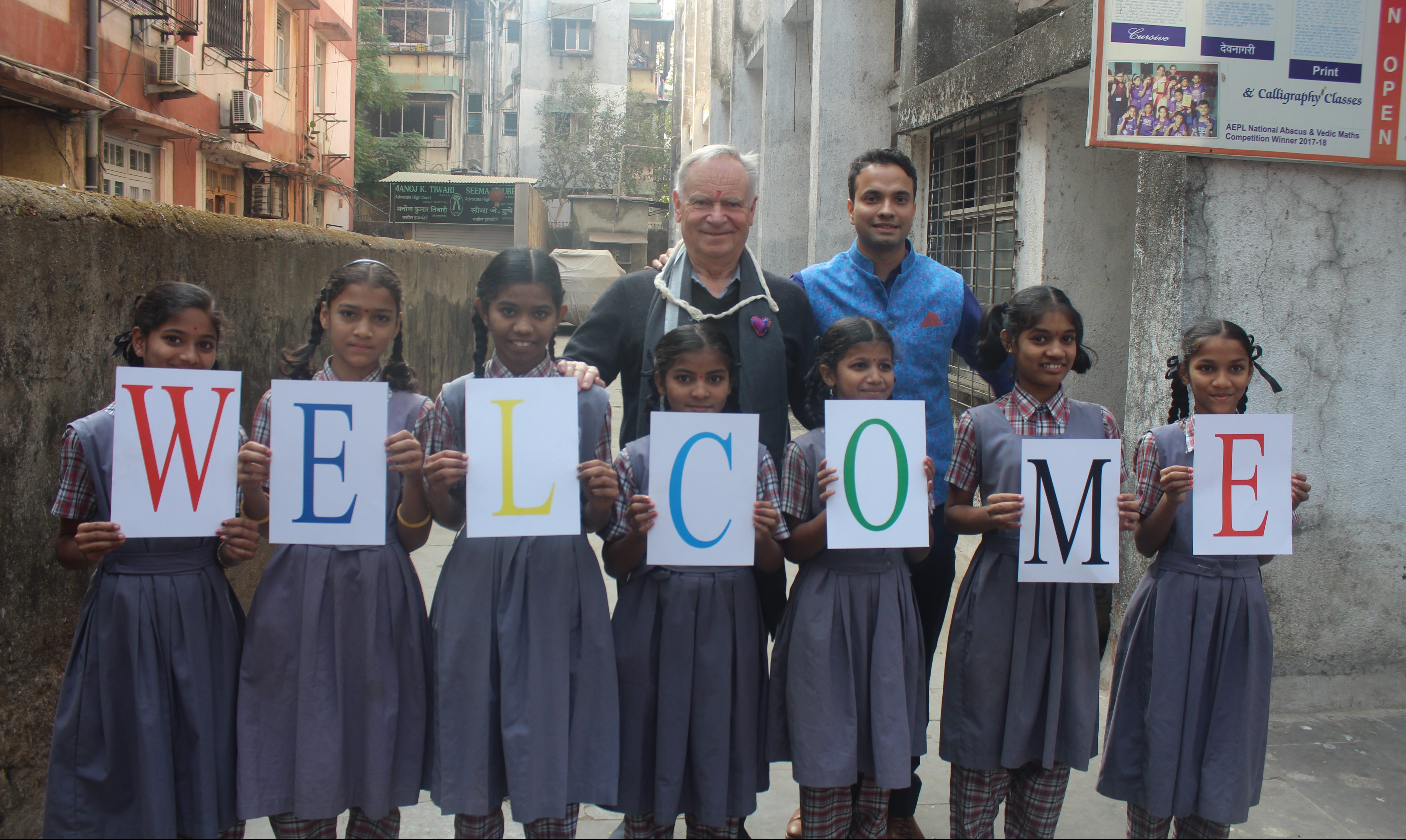 Most of us are aware of the celebrated career Archer has had in the field of literature and politics. To date, Archer’s books have sold over 330 million copies worldwide, and he is indeed a man of multiple laurels. But very few might know the benevolent philanthropist behind it all with strong ties to India. He is one of the best-selling authors in the country. He has travelled to India many times before and is one of the frequent invitees to the Jaipur Literature Festival. He has participated in various charity events around the world and raised millions of pounds for social causes, including for Yuva Unstoppable. He has always appreciated Indians for their kindness and generosity. Archer was introduced to the Founder of Yuva Unstoppable, Amitabh Shah, by Sir Ian Botham, one of the greatest cricketers of his time. Since he met the young and dynamic Shah and his inspiring wife, Rashmi Shah, he has felt more connected to India and Yuva’s cause.

“When Ian told me that I am going to meet a very remarkable young man, he was right. We owe such a lot to this man who has given up his life for this amazing cause. And I congratulate him,” said Archer, who was proud to be supporting Shah in this cause. 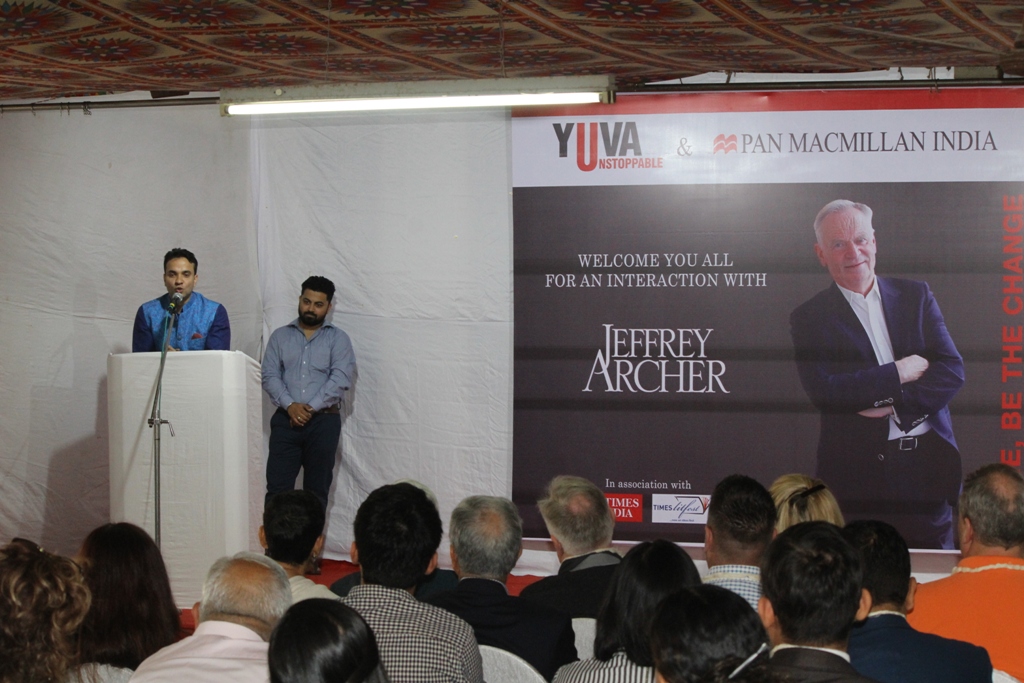 For the children of Yuva Unstoppable, Archer had this to say, “You are the next generation of this great country. Mr Shah could have had such an easy life; he could have just stayed in the United States or in England, but he has come back to help all of you, and thousands like you. So dream big and go for your dreams. Each one of you has the potential to make it big one day.”

Archer was shown around the school by Rashmi Shah, followed by an amazing Q&A with the kids. He left with a great parting remark: “I am a great believer in the equality of opportunities and think that every child should be given a chance to realise their potential. And that’s exactly what Yuva Unstoppable is doing by giving children equal access to opportunities.” 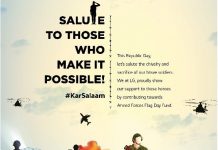