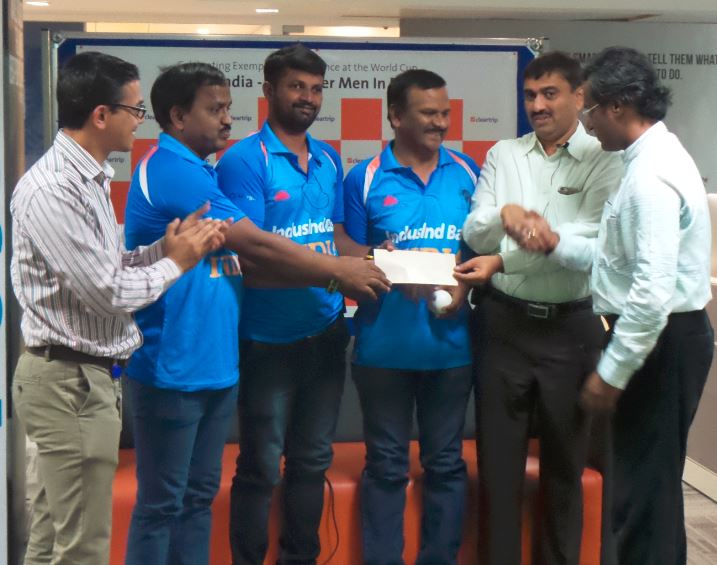 Bangalore, February 14, 2018: The journey to the top is often a story of amazing grit and resilience, and the India Blind Cricket Team’s recent World Cup win is no exception. This most extraordinary bunch of individuals braved adverse situations and the unavailability of proper equipment to overcome all odds and make the country proud at the highest level. Inspired by their story, India’s leading online travel and leisure activities platform, Cleartrip, extended a hero’s welcome to the members of the world championship winning team.

The Cleartrip team presented the returning heroes with cricket kits, felicitating them for their World Cup run that saw them defeat other top cricketing teams in the world and remain unbeaten to bring the trophy home. The event, which took place at Cleartrip’s Bangalore office on the eve of Valentine’s Day, also ignited a discussion around the need to nurture more love and solidarity within the society. The special guests spoke about their belief in the vision for visually impaired, the challenges that players face, how the game is played and how their relentless efforts have been able to bring some positive changes in the blind cricket scenario.

Speaking on the occasion, Prasad Menon, Senior Vice President – HR, Cleartrip, said, “What these special individuals from the India Blind Cricket Team have done is extremely remarkable.The team has gone through the full circle of belief in their vision, determination to achieve, the grit to collect like-minded people, the undying spirit in absence of optimal facilitates, the resilience to never give up. Every start-up has gone through this journey. As Cleartrip looks at its next level transformation, their visit has left us all humbled and inspired.”

“We are proud of their exemplary performance at the world stage and wanted to celebrate their achievements with a small token of our appreciation.When we connected with them, we learnt that cricket equipment was always useful and decided to sponsor the same for the team. We wish them best of luck for the future and hope that they continue to inspire millions of Indians with their success, both on the pitch and off it,” he added. 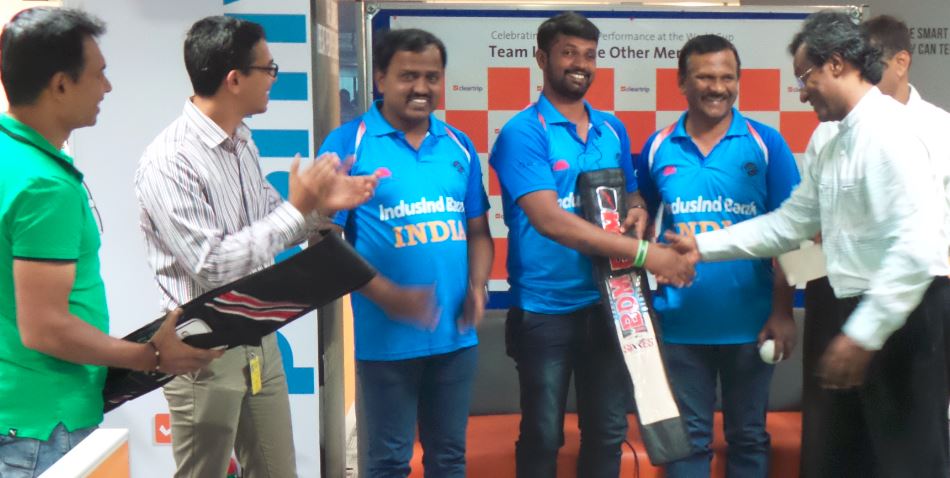 As a socially-conscious company, Cleartrip has been working towards promoting and supporting sports in India. It is currently the official hospitality partner of Minerva Punjab FC, one of the most promising young teams in the I-League. Cleartrip continues to support Magician Foundation India, a sports-focused NGO which works with children and youths living in some of the economically deprived circumstances in the world, and had recently sponsored the team which made everyone proud by winning the plate finals at the All India and South Asia Rugby Tournament. Cleartrip has also been supporting the Magic Bus Foundation since its inception. The Foundation works with children and youth living in poverty to ensure they complete secondary education, and develop the skills required to transition successfully into the world of work using sports as medium.