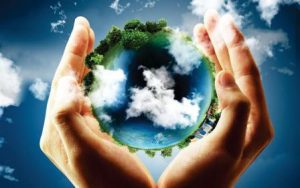 ‘Survival of the fittest’ – the renowned Darwin’s theory, describes the mechanism of natural selection. True was the phrase when nature was the selector. To be more precise, the theory was to establish the preservation of privileged and favoured races in the fight of life. Little did nature know that the selection of the fittest would affect its own survival.

While reading an array of headlines every morning, I see at least one article  which directly or indirectly cries out the  pain of nature through air pollution, noise pollution, water pollution, cutting  of trees, oil spillage in seas and oceans  affecting flora and fauna, depletion in  number of birds etc. This has been happening over a long period of time.

We cannot completely blame this undesirable change on industrialisation and modernisation. Everyone has an equal right on the environment; similarly everyone is equally responsible for the maintenance of the environment.  It is our duty and responsibility to create the fittest environment for us to live a better life.

It does not take great effort or time to do your bit towards building a sustainable environment. Example: You can plant a sapling to see flowers blooming; you can plant a seed from the fruit you eat. Little efforts from each can build a healthy, green environment around us and thus around the globe.

It is not only about protecting the environment but also preserving it. Littering, spitting, use of plastics, open defecation, among others, spoil the  environment as well as add more waste thereby providing fodder to harmful microbes which in turn cause various diseases. Swachh Bharat Abhiyan is a great boost to the nation. The Abhiyan has motivated people to a great extent. If everyone does their part, India will be the cleanest nation. But again, it is everyone’s responsibility and not just the municipal workers who, day in and day out, try their level best to keep our streets clean. They are oftentimes just overwhelmed with the amount of filth people throw without giving a second thought of the mess they create nor spare a thought to these overworked workers who are in turn badly affected by the pollution they have to encounter close up, every day.

Wockhardt Foundation is maximising its efforts on the environmental front through dynamic programmes aimed at sanitation, Swachh Bharat Abhiyan, water security and purity along with their allied areas of impact.

The pronto toilet initiative was launched  with the aim of facilitating the Prime  Minister’s mission ‘Swachh Bharat  Abhiyan’. Pronto Toilet aims to improve hygiene among the masses and curtail ailments caused on account of dearth of proper sanitation facilities in the country.  Lack of toilets is more than just a sanitation problem. Children fall ill due to germs spread from open defecation and thus miss school. This hinders their education and learning process. Many girls drop out of school due to absence of sanitation facilities.

Construction of toilets and sanitation systems in local communities and schools is imperative. Pronto Toilets aim to construct individual sanitary latrines at schools and communities to accomplish the vision of ‘Clean India’. Apart from toilet construction, generation of awareness among citizens about sanitation and its linkages with public health is also promoted.

Pronto Bio-Toilet is a specialised/ advanced version of Pronto Toilet with the following features:

‘Swachh Bharat Abhiyan is a great boost to the nation. The Abhiyan has motivated people to a great extent. If everyone does their part, India will be the cleanest nation. But again, it is everyone’s responsibility and not just the municipal workers who, day in and day out, try their level best to keep our streets clean. They are oftentimes just overwhelmed with the amount of filth people throw without giving a second thought of the mess they create nor spare a thought to these overworked workers who are in turn badly affected by the pollution they have to encounter close up, every day’ 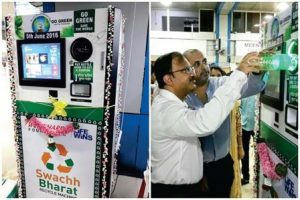 Approximately 7.2 million tonnes of hazardous waste is generated every year. In addition to this, industries discharge about 150 million tons of high volume low hazard waste every year which is mostly dumped on open grounds and low lying areas. Research shows that at the current rate, one sq. km of additional landfill area is needed every year to accommodate the waste that is being generated.

Through the Swachh Bharat Recycle machine, one aims to become a Global Corporate Citizen, committed to recycling every plastic bottle that is thrown into waste. In recent years, with the amount of untreated waste growing at an alarming rate, the demand for recycling solutions like Swachh Bharat Recycle Machines has consistently increased. These machines have been designed to dispose and recover products effectively and are used for cost effective means for recycling and disposal of waste. Wockhardt Foundation has invested heavily into this service in public places like railway stations, malls and so on. 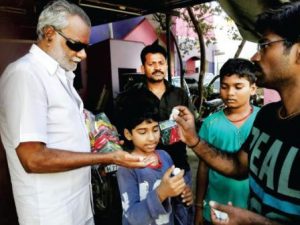 Wockhardt Foundation offers Unique Simple, Scalable solution in the form of a Sodium Dichloroisocyanurate (NaDCC) tablet, called Shudhu to help curb the complex problem of water-related diseases, caused by Rotavirus, Gram-positive and Gram-negative Bacteria, viruses and fungi. These include diseases such as jaundice, diarrhea, dysentery, cholera, giardia and infantile diarrhea etc. Shudhu also destroys biofilms that are found on pots, vessels and tanks, which is the main source of E.coli bacteria.

Each Shudhu tablet contains a measured dose of Sodium Dichloroisocyanurate/ NaDCC. When added to water, it dissolves and releases a measured dose of hypochlorous acid (free available chlorine), which reacts through oxidization with micro organisms and kills them within 30 minutes. The tablet contains active anti-bacterial, anti-viral and anti-protozoal properties, which are proven to be effective at varying PH levels, hardness and turbidities. NaDCC is universally recognised and endorsed by WHO as a safe and effective water disinfectant. It is used as a common method of disinfecting water in over 67 countries, worldwide. It takes 30 minutes to purify water, making it safe for consumption. Each tablet of 67mg can purify 20 litres of water.

Wockhardt Foundation will continue to work towards a better and sustainable environment through many such programmes. After all, it is no use developing an economy in the commercial sense of the word if it does not improve the quality of living and overall human experience. 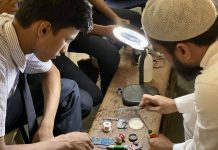 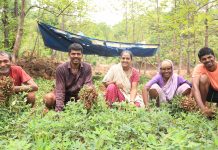 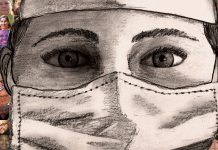