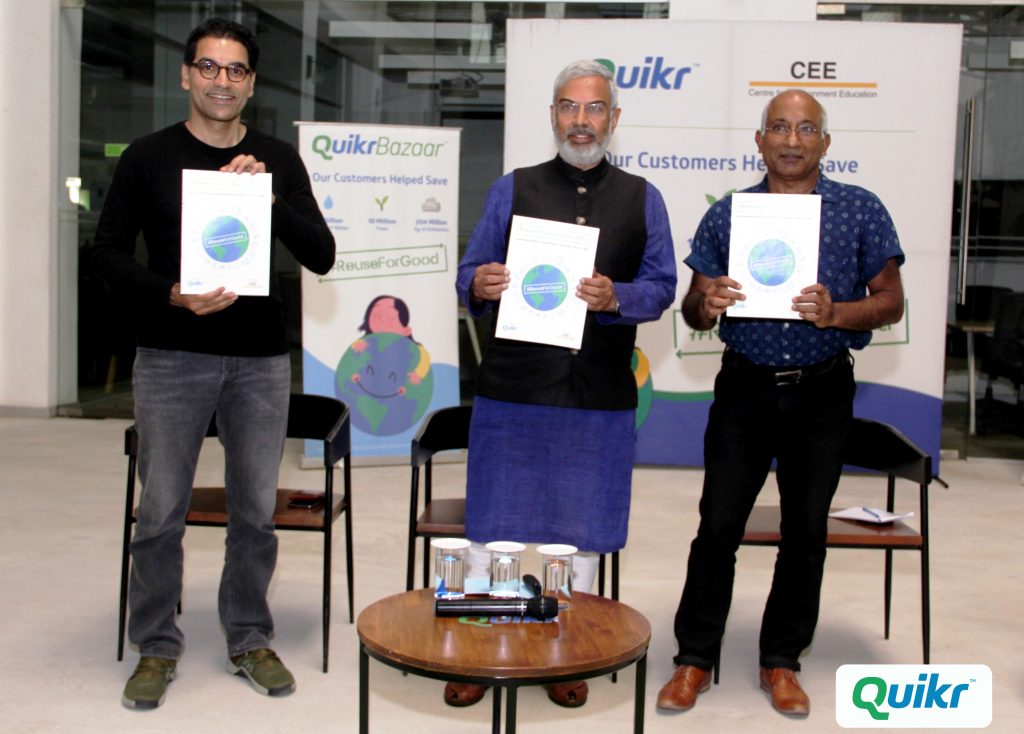 India, July 28, 2020: If this unforeseen pandemic has taught us anything, it is to put second-hand first and consider the environmental benefits associated with reusing products. On World Conservation Day, Quikr, India’s No.1 cross-category classifieds business, reiterates attention to this concept of reusing, especially now more than ever. The economic impact of the current pandemic is likely to affect consumer behaviour and we foresee Indian consumers largely lean towards a value-for-money proposition. Whether it is the Indian education system, real-estate industry or the IT sector, we are seeing businesses make a digital shift. During this hour of need, technology is making its way into our homes through online education and work-from-home, among others. Owing to the cost-saving benefits they offer, pre-owned and refurbished products like laptops and other electronics and appliances are gaining momentum along with pre-owned furniture as well. As consumers adapt to the ‘new normal’ they can buy good quality products at affordable prices. The bonus point being, its effect on the environment as reusing help save Mother Nature.

In an attempt to spread awareness among Indian consumers, Quikr collaborated with Centre for Environment Education (CEE) to analyse and measure the environmental impact of reusing pre-owned products through the platform. This study which helps understand the environmental benefits of the used-goods market in India has analysed the equivalent water saved annually by Quikr. Simultaneously, it also highlights the equivalent of trees or carbon emissions saved on the platform. The products considered for the study generate the highest traffic on QuikrBazaar which is Quikr’s consumer goods vertical. These products include laptops, computers, ACs, refrigerators, washing machines, smartphones, television, microwave, vacuum cleaners, music systems, gaming consoles and wooden furniture.

Further, the study reveals that annually, Quikr is helping save 204 million kgs of carbon emissions which is nearly equal to the annual eCO2 emissions of Shimla, which has a population of 1.69 lakh (Census 2011), or the equivalent of 10 million trees. Simultaneously, Quikr is also helping save five billion litres of water annually, and this is nearly equal to the annual water requirement of Kapurthala in Punjab, having a population of 99,000 (Census 2011). Being a Made-in-India business, Quikr, through its business model has embraced re-using as a concept right from the get-go. Through this initiative, Quikr aims at making passive consumers of environmental benefits, active, and lead the path wherever possible.

With natural calamities like global warming haunting the planet, people all over the world are following the concept of re-using to reduce the amount of waste generated. Re-using is not the only answer to this problem, but this kind of resource efficiency reduces pressure on the environment. Countries like Sweden, Denmark, Netherlands, Scotland, and Japan (among others) are already implementing initiatives that encourage this model. Today, Quikr is proudly one of the first few to talk about reusing in India. By educating and spreading awareness of its benefits, Indian consumers can help in creating a multiplier effect on the environment.

To know more about how Quikr is helping India by exploring its waste to wealth possibilities through the concept of reusing, click here: https://www.quikr.com/bazaar/reuse-for-good 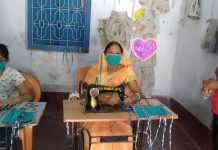 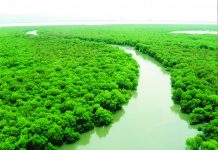 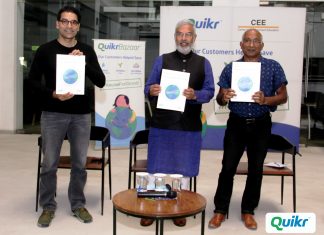