Gurugram, March 13, 2020: Fujifilm India Private Limited, a pioneer in imaging technologies, announced its partnership with Parwarish Cares Foundation, an NGO committed towards the welfare of children and women to sensitise children around the prevalent, yet ignored issue of child sexual abuse in the society.

As part of the awareness drive, the Company conducted educational workshops today with the students of Pragati Government Primary School, Sec 27 Gurgaon. Last month, it even conducted workshops at Humana Foundation, John F Kennedy Public School, Faridabad, G.D Goenka School, Noida, and many other schools. Fujifilm along with Parwarish Cares Foundation has touched 7,000 lives, and the drive will further reach out to many public as well as government schools to educate children about the issue. Child Sexual Abuse (CSA) is a pressing human rights issue and a public health concern. Despite continuous efforts in this regard, children are still devoid of the education and consciousness around this issue. Through this association with Parwarish Cares Foundation, Fujifilm seeks to make a difference in the lives of the children and parents by imparting awareness around the difference between safe and unsafe touch and the ways children can communicate with their parents about the issue, among others.

Pertaining to the alarming rate of this abuse in India, the Indian Government has introduced various measures from time to time and put a stop to child abuse altogether. It is important that signs of child abuse are identified sooner so that steps can be taken to stop the abuse at an earlier stage and limit the harm to the child. This has been done through a variety of instruments, such as devising legal frameworks to uphold the rights of children, aggressive policy implementation, engagement with the corporate sector, and dialogue with civil society.

Speaking about the association, Haruto Iwata, Managing Director, Fujifilm India Pvt. Ltd.said, “Education is one of the most important building blocks of one’s life. A child spends nearly 13-15 years of his/her life in school. Along with providing quality education and creating happy surroundings, ensuring a safe environment should be one of the top priorities for schools. Keeping in mind the Indian Government’s initiatives, our association with Parwarish aims to focus on bringing happiness and child safety, for which, we are committed to working towards eradicating child abuse by educating children and their families.”

“Through creative posters and flyers, photo opportunity – ‘Instax Frame’ created with Fujifilm’s Instax range of cameras, we organised engaging fun activities during the workshops to spread happiness and create awareness among these eleven thousand children about CSA”, he further added. 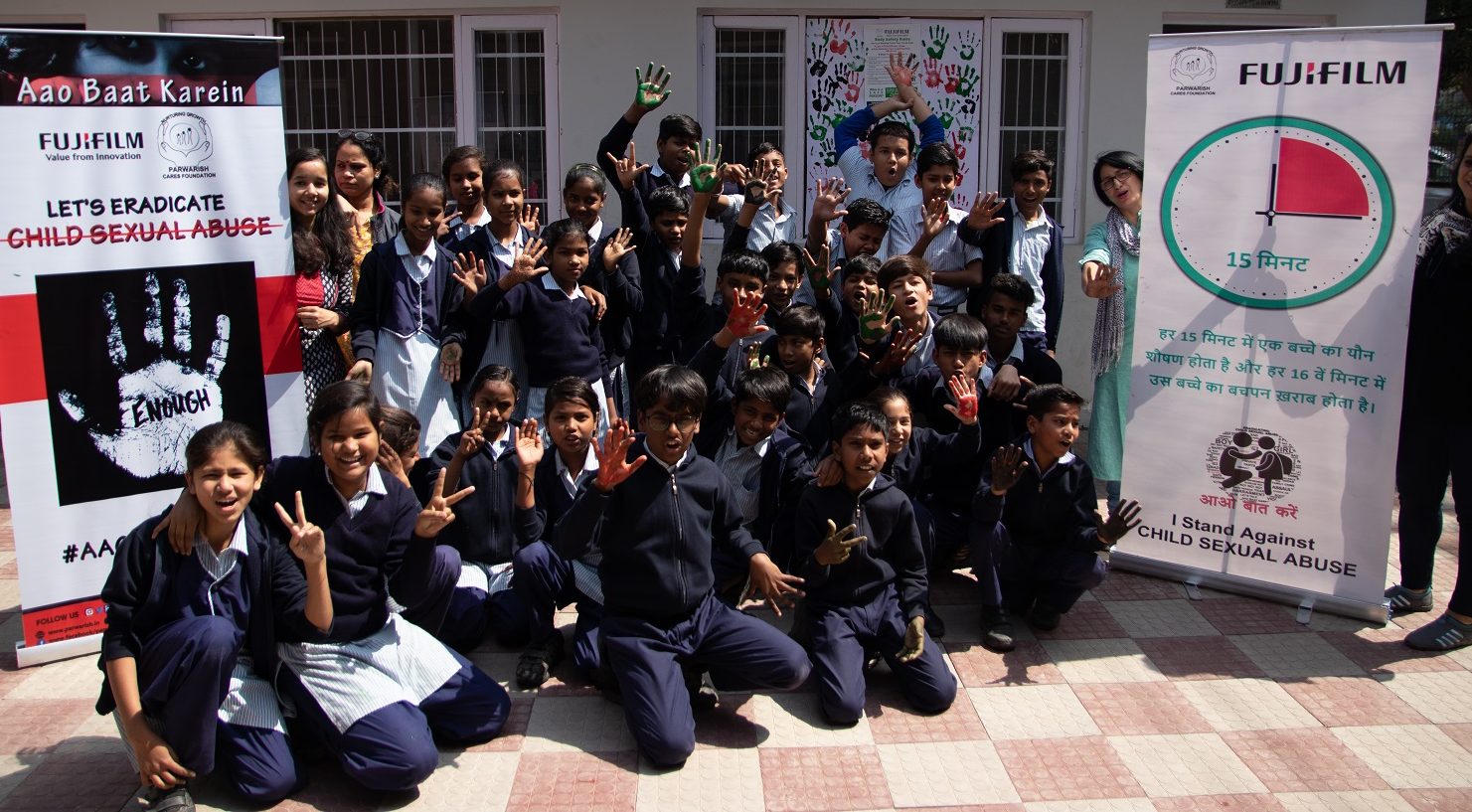 Commenting on the association Sushant Kalra, Founder Parwarish said, “Aao Baat Karein is a mass campaign to empower children to protect themselves from Sexual Abuse. Despite work being done in creating awareness in the area of sexual abuse, such incidents have not abated. Taking a cue from the campaign to eradicate polio, Parwarish took on the mission to “Make India FREE from Child Sexual Abuse by 2030”. The idea is to reach out to each child and train them on how to react in case of a sexual abuse attempt. These sessions are specifically designed to also de-taboo these conversations for children so that they can converse with their parents and teachers – hence the name “Aao Baat Karein”. We are grateful to Fujifilm for their collaboration and support for making India a safe place for our future generation.”

The Company has already reached out to 20 schools and has educated around 3500 children as part of the first phase of the campaign.