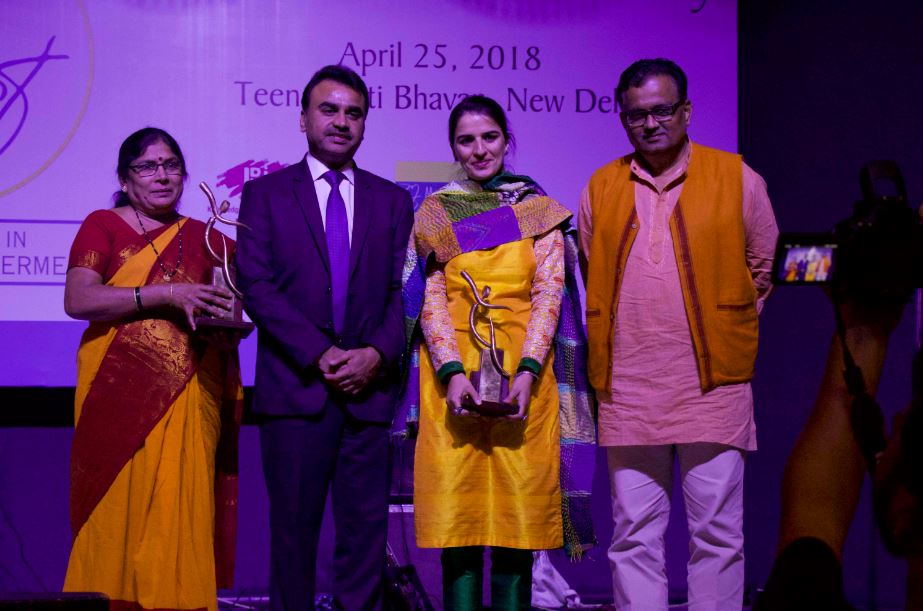 New Delhi, April 25, 2018: The Martha Farrell Awards for Excellence in Women’s Empowerment were first awarded in 2017. Instituted in the memory of Dr. Martha Farrell, a prominent activist for gender equality and women empowerment, the Award is co-sponsored by Rizwan Adatia Foundation (RAF) and Participatory Research in Asia (PRIA), and supported by Martha Farrell Foundation (MFF). Martha was killed in Kabul (Afghanistan) in a terrorist attack in 2015, while leading a gender training workshop for the Aga Khan Foundation. The Martha Farrell Award for Excellence in Women’s Empowerment takes forward her ideals and principles.

The Award gives a prize money of INR 1,50,000 to each of the winners in two categories. 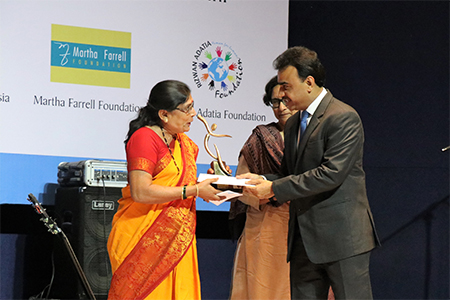 This year’s Most Promising Individual Award has been won by Nadiya Shafi from a pool of 82 nominated entries. A Srinagar resident, Nadiya is a video reporter, associated with the Kashmir Unheard Project and Video Volunteers. Having been associated with the Project since 2014, after completing her Master’s in Social Work from the University of Kashmir, Nadiya has been defying patriarchal norms in a society where domestic and sexual violence are more the norm than exception. Nadiya has been leading gender discussions clubs in her hometown. The club comprises the citizens of Srinagar – students, housewives, labourers, artisans, farmers, and engages them in discussions about sexuality, patriarchy and gender inequality. She is currently in the process of expanding these clubs to the Shopian and Phulwama districts of Southern Kashmir, which are some of the most disturbed areas of the decades-long armed and cross-border conflicts. 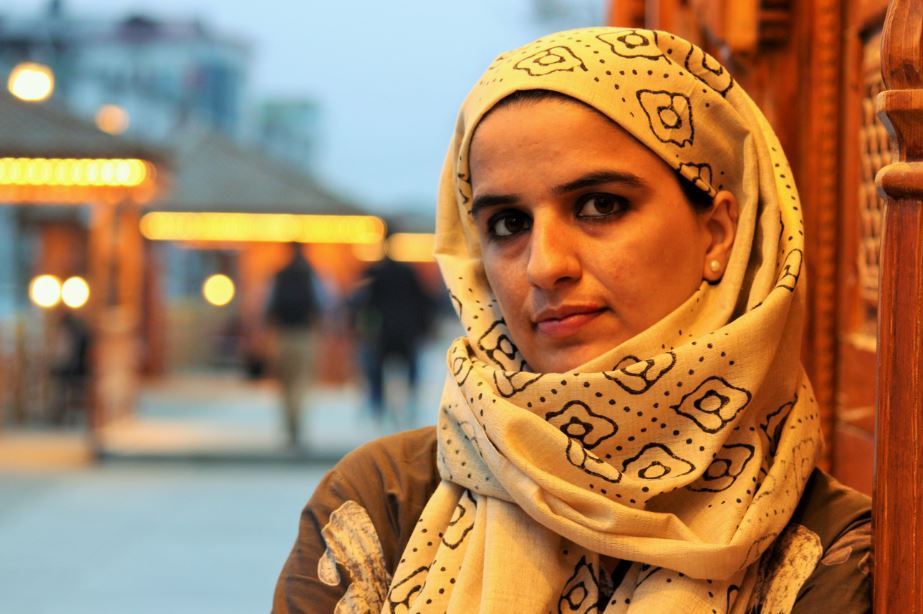 On winning the Award, Nadiya said, “It is indeed an honour to receive the Martha Farrell Award. The valley is a beautiful place, but the women here have never been able to appreciate this beauty due to the turmoil within; from generations of unfortunate subjugation. And I have only just scratched the surface in making them and people aware about the importance of being equal. This Award will only make my resolve stronger to work towards this cause with even more conviction.”

The Best Organization for Gender Equality category has been won by the Maharashtra- based Resource and Support Centre for Development (RSCD) for sustained efforts towards promoting inclusion of women in political processes across 30 districts of Maharashtra and in developing gender sensitivity in its workplace. Established in 1994, RSCD’s vision is to promote a society with equal and appropriate opportunities for the deprived sections, so that they may live a life with dignity, justice and freedom. They started the Mahila Rajsatta Andolan (MRA) in 2000, and have since seen increased women’s participation in local governance structures. The Centre’s mission for strengthened women’s leadership is seen in its organisational practices as well. Senior leadership and district teams are women-only teams. Male staffers reflect on their experiences of care-giving responsibilities at home and encourage their wives and other female family members to participate in local political activities, contest local elections, ensuring joint property ownership, etc. RSCD’s work reflects Dr. Farrell’s commitment to gender mainstreaming within organisations and reiterates her mantra of ‘The Personal is the Political’. 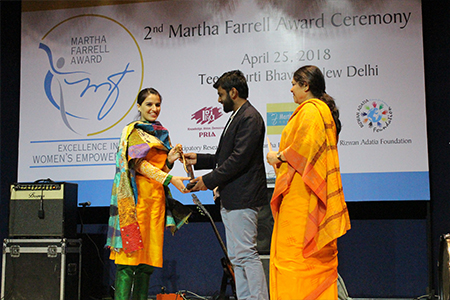 Rizwan Adatia, Founder of Rizwan Adatia Foundation, said, “Both Nadia and the RSCD exemplify the intent behind the Martha Farrell Awards; strong individuals and groups, who are undeterred in their paths to promote gender equality and awareness. Both Nadia & the RSCD should be emulated across the country so that women’s empowerment moves from being just a catchphrase to a reality.”

Dr Rajesh Tandon, Founder-President, PRIA, who co-sponsor the Award said, “The current scenario, perhaps more than ever, calls for active engagement with women’s empowerment. Martha Farrell Awards are proof of the different ways in which we can collectively work towards a gender equitable society.”

A total of 147 nominations were received across both categories this year, which were carefully reviewed for merit by an eight-member jury comprising eminent jurists, women’s rights proponents, film makers, social activists, and media entrepreneurs.