Daan Utsav, earlier called Joy of Giving Week (JGW), is India’s very own festival of giving. It aims to spread love, joy and happiness among those who are lesser fortunate than us, and for each one of us to experience the joy in giving. It is like our own Eid or Diwali, with a key feature that it celebrates “giving”. People celebrate this festival in various ways. Some people donate money, some their time, some materials, and some just pure love.
Daan Utsav is celebrated for a week starting from Gandhi Jayanti (Oct 2-8) every year, and was started in 2009.

This year Mumbai Metro One in partnership with Give India and its partner NGOs celebrated Daan Utsav at metro stations. The aim was to engage the commuters with the cause the NGOs are serving and to create the culture of giving among Mumbaikars.

Mazi Sainik Shikshanani Swasthya Kalyan Sanstha – The students of the school dressed in traditional costume performed traditional Maharashtra dance form Lezim at Ghatkopar Metro station. It was appreciated and enjoyed by commuters who stopped by to watch the performance. On Oct 2 which was Gandhi Jayanthi, the kids dressed as freedom fighters and performed short skits to engage the commuters. Since the NGO is founded by ex-servicemen, the NGOs Chief Patron, Commodore Biman Mistry offered selfies with the donors.

Salaam Baalak Trust – Kids from the Chakala shelter of the Trust showcased their talents and engaged the commuters at Chakala Metro Station by performing short skits and playing beat music.

Magic Bus – The stall had cut-outs of Red Bus and donors were offered the opportunity to take selfies with the logo.

Navshrushti International Trust (Dharma Bharathi Mission) – The Trust offered mehendi artwork  to commuters and many of the commuters were only too happy to avail of the beautiful designs.

Dignity Foundation – Application forms were handed out to senior citizens to apply for Govt. of Maharashtra senior citizens cards. They also informed senior citizens about helplines and activity centres set up by them. Many young commuters also obtained information at the stall to share with senior members of their family. More than 400-500 commuters stopped by the stall each day to engage with the NGO.

Neptune Foundation – The NGO shared the programmes they run for destitute and poor people, the helpline they run and the facilities provided for the mentally challenged.  They received a positive response from the commuters every day during the Daan Utsav Week.

Apnalaya – The NGO showcased the programmes they run for the disabled as well as the various health programmes in Govandi.  They received many visitors to their stall throughout the week.

Children from Salaam Baalak Trust, Apanalaya and Mazi Sainik Shikshan numbering 227 were given joy rides thanks to Mumbai Metro. The children, aged between 6-18 years, were very excited as it was a first time experience for most of them as well as a great learning and adventurous experience.

More than 400 commuters donated over Rs. 60,000 during Daan Utsav. Donations collected by the NGOs will greatly help them in implementation of their programmes. The Daan Utsav Week has also given them great visibility and increased awareness among the populace. Enquiries regarding the NGOs have risen significantly. Artists like musicians, yoga teachers have offered to teach the kids of these NGOs for free.  Overall, the NGOs engaged with about 15,000 commuters at the stalls. Many commuters posted their “I Am A Celebrity” selfies on social media. This created a viral effect on social media reaching out to an even wider audience in and out of Mumbai. 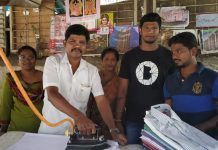 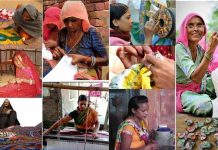