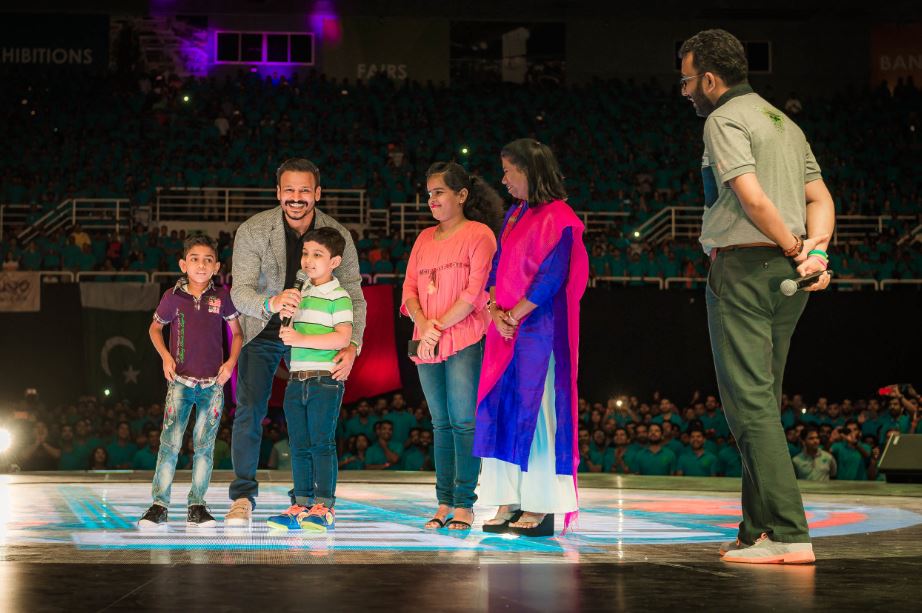 India/ Hong Kong, July 3, 2017: Hong Kong-based RYTHM Foundation which has been associated with the Cancer Patients Aid Association (CPAA) has further decided to strengthen its support to the fight against cancer in India, among other worthy causes.

RYTHM Foundation, the corporate social responsibility arm of direct selling company QNet, and CPAA came together in late 2016 thanks to the awareness created by Bollywood star Vivek Oberoi, who has been a patron of CPAA for over a decade. CPAA is a non profit organisation dedicated to the total management of cancer as a disease for the last 48 years.

In September last year, Vivek Oberoi announced a partnership between the CPAA and RYTHM Foundation for the Adopt-a- Patient Scheme to fund the treatment of 20 children with cancer, from low income families. Since the launch of the project, children chosen by the CPAA between the ages of 2 and 16 have been undergoing treatment at leading hospitals in Mumbai.

In May this year, the CPAA announced that 19 of the children were now on the road to recovery and undergoing maintenance therapy. The CPAA was recently invited to QNet’s annual global convention in Malaysia to speak about their work and they brought with them three brave young warriors, Divyanshu, Lahu, and Aakanksha, who are now cancer-free.

“Thank you Vivek Bhaiya, RYTHM and CPAA for helping us,” chorused the kids to the thunderous applause of 20,000 people from around the world who had gathered at the 5-day convention.

RYTHM Foundation is currently in discussions with CPAA to fund a project for early detection of cancer, as part of its commitment to support community well-being initiatives in India.

“RYTHM stands for Raise Yourself To Help Mankind, which is the underlying principle of the Foundation that believes in helping people become self-empowered, in order to have a positive impact in society. We could not have found a better partner for our first major venture into India than CPAA which has been working passionately and relentlessly towards cancer treatment and awareness, especially for patients and families from the lower economic strata”, said Richard E Zinkiewicz, Trustee, RYTHM Foundation.

Anita Peter, Executive Director of CPAA said, “It gives us immense pleasure to be associated with RYTHM Foundation who has not only given a new life and hope to our cancer-stricken kids, but will also join hands with CPAA to eradicate cancer.”

In the past, the Foundation has partnered with Avalokiteswara Trust to build 15 libraries in rural schools in the remote villages of Ladakh region and has also donated USD 40,000 to the Akshaya Trust in Madurai to build a shelter for the homeless. Earlier in 2008, the Foundation donated USD 30,000 towards UNICEF’s water and sanitation programme in the flood affected districts of Bihar. The partnership with CPAA is amongst the first major long term partnerships RYTHM Foundation will be entering into in India.

“We are committing to allocate $1 mllion over the next 3-5 years towards community
well-being projects in India in line with the government’s health initiatives through active participation in the Swastha Bharat Abhiyaan programme”, Zinkiewicz added.

A series of community well-being initiatives have already been implemented through QNet in Karnataka, Tamilnadu and Telangana.