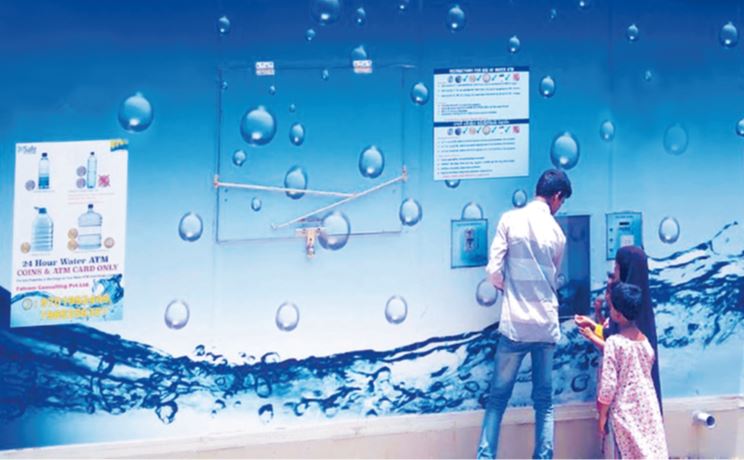 Cities face a growing range of adversities and challenges in the 21st century, from the effects of increasing migrant populations to climate change, inadequate infrastructure, and pandemics. The availability of safe drinking water is prominent among them. Resilience is what enables cities to adapt and transform in the face of these challenges, helping them to prepare for both the expected and the unexpected. Safe Water Network develops market based, community-level solutions that facilitate access of safe, affordable and reliable water to populations in need. In April 2018, 100 Resilient Cities(100RC), pioneered by the Rockefeller Foundation and the National Institute of Urban Affairs (NIUA), announced a formal partnership to expand collaborative resilience-building efforts in India. Safe drinking water supply is prominent among the adversities and challenges facing India, and the issue is expected to worsen.

The Niti Aayog Composite Water Management Index states, “54 percent of India’s groundwater wells are declining and 21 major cities are expected to run out of groundwater as soon as 2020, affecting almost 100 million people.” While some claim the situation is not quite so serious, such a strong statement from a leading government policy think-tank can not be taken lightly as well especially since it highlights that India is facing the worst water crisis in its history with millions of lives and livelihoods under threat. There are around 680 million people in India who lack access to tap water.

In India, nearly 17 percent of the urban population (65 million people) live in slums and more than 50 percent of the 14 million urban poor families lack access to safe piped water supply. This gap in supply is often met by urban local bodies (ULBs) through provision of community-level standpipes ortankers. However, the quality of water from these sources is usually poor, and water supply is often available for only a few hours a day, resulting in increased costs from water-borne diseases and a lack of access for the poor. To overcome such problems, Safe Water Enterprises has emerged over the last few years because the government’s plan of reaching Har Ghar Jal 2030 yojana, approximately INR 4,96200 crores of infrastructure investment is needed.

“54 percent of India’s groundwater wells are declining and 21 major cities are expected to run out of ground water as soon as 2020, affecting almost 100 million people” 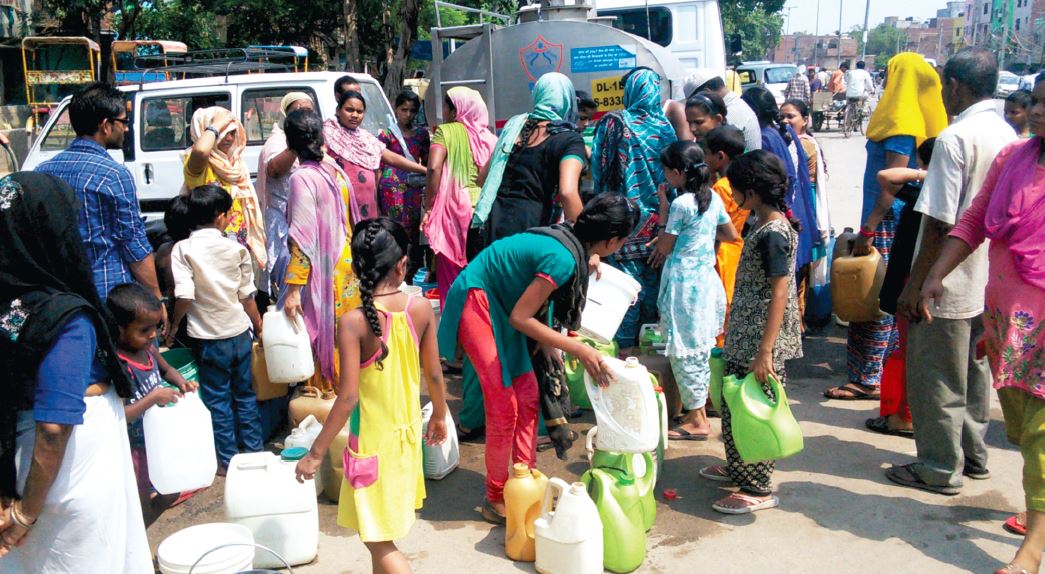 The Government of India launched several initiatives in 2015 to address the challenges resulting from the rapid pace of urbanisation, and to promote efforts aligned with achieving Sustainability Development Goal 6 (SDG 6), which addresses issues pertaining to water and sanitation, and SDG 11, which deals with sustainable cities and communities. Besides this, an investment of Rs. 23,000 crores annually till 2030 (at present cost) and at the present financial outlays, will be required; implying that SDGs can not solely be realised by NRDWP efforts. Among them are the Atal Mission for Rejuvenation and Urban Transformation (AMRUT) and the 100 Smart Cities Mission, which are aimed at recasting India’s urban landscape and making urban areas livable, sustainable, smart, and inclusive. The Government has mapped locations and communities that need safe drinking water. They mainly help with infrastructure support and controlling of price point. They enable, with respect to land, raw water source surface tanker water in urban areas, and ground water in rural; existing buildings in rural areas that needs to be refurbished before housing the water treatment plant. In urban areas, usually moulded shelters/insulated kiosks are used to house the water treatment plant.

“Building a future resilient city is not a matter of building infrastructure alone, but rather creating an environment to support partnerships between the government and the private sector, and to facilitate the implementation of local community initiatives”

While these initiatives are critical, the Government of India also need to create a more conducive enabling environment for businesses to contribute to innovation, and for local community initiatives to thrive. Building a future resilient city is not a matter of building infrastructure alone, but rather creating an environment to support partnerships between the government and the private sector, and to facilitate the implementation of local community initiatives. The ULBs’ priority has been to meet the piped water standard service level benchmark of 135 litres per capita per day, 24×7 safe water set by the Ministry of Urban Housing and Urban Affairs (MoHUA) for water supply. However, a large number of India’s urban residents lack access to safe drinking water in sufficient quantity and on a sustainable basis. About 70 percent of municipal tap water consumers in India get only 69 LPCD for less than three hours per day. Showing another side of the picture, more than 50 percent of the 14 million urban poor families in slums do not have access to clean tap water at home despite ULBs’ piped-water efforts.

“To achieve the objective of safe water for resilient cities, small water enterprises (SWEs) need to be included in India’s city planning”

As the rural population migrate to urban settlements, the water requirement per person more than triples with the standard for urban settlements at 135 LPCD vs. the standard for rural of 40 LPCD. Further, there will be a growing need for safe and sustainable water supply. The total water requirement to meet the basic and essential needs of drinking and cooking of the migratory population across six major cities in India is expected to increase by 56 percent from 10,584 million litres per day in 2015 to 16,538 million litres per day in 2035. The willingness of at least 80 percent of the community to buy their daily can of 20L water at a monthly expense of INR150 and a conducive policy environment of the State government, district collector and the gram panchayat in the villages, municipal commissioner incites that enables SWEs, is the most important factor for setting up Water ATMs. The two critical points are appropriate affordable pricing of Rs. 5/20L can and the availability of raw water for treatment. Additionally, if we get semi-skilled or skilled persons to operate and maintain the plant, the story then becomes sustainable.

Small water enterprises are a solution that can meaningfully contribute to safe water supply and resilient cities. With the pace of urbanisation increasing, it is important for the Government of India to increase the number of urban local bodies to promote their role in the planning and development of urban areas, bring efficiency to the conduct of businesses and ensure effective service delivery for, and participation by the neediest population. 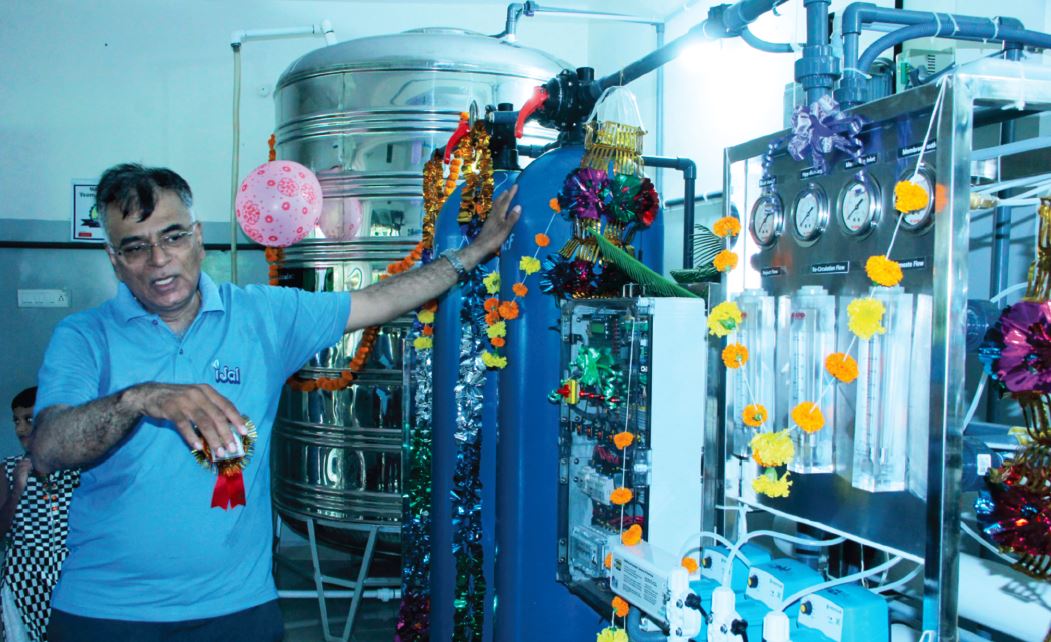 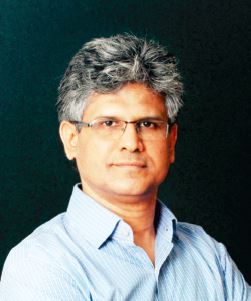 Prof Jagan Shah, Director, National Institute of Urban Affairs: “Cities face a growing range of adversities and challenges. Resilience is what enables them to adapt and transform in the face of these challenges, helping them to prepare for both the expected and the unexpected. In April 2018, 100 Resilient Cities (100RC) pioneered by the Rockefeller Foundation and the National Institute of Urban Affairs (NIUA) announced a formal partnership to expand collaborative resilience-building efforts in India. Safe drinking water supply is prominent among the adversities and the challenges facing India especially as migration and the pace of growth of urban cities and slums accelerates. The current infrastructure broadly, and the provision of safe water supply specifically, are insufficient to meet the demands of the increasing population. The Government needs to create the most conducive enabling environment to facilitate opportunities for business to contribute to innovation, and for local community initiatives to thrive. Small water enterprises are one such initiative that can meaningfully contribute to safe water supply and resilient cities.”

Including small water enterprises (SWEs) in urban planning for the creation of resilient cities expands the options for government provision of safe water and can facilitate direct investments and development in ways that will support the Government of India’s plan and contribute to urban growth and renewal. For a capital investment of roughly INR 4,000 crores (US $592 million), 12 USWEs can provide 35 million people, or roughly half of all urban slum dwellers in India, with sustainable access to affordable, safe drinking water.

However, there is still the need to bring Urban SWEs into the picture in a lager format. For local governments to progress to implementing USWEs, there is a need to accelerate local action by addressing supply gaps, standardising approaches, mobilising financing, and forming key stakeholder coalitions. This includes empowering ULBs and setting up performance standards that can provide the basis for the ULBs and other regulatory bodies to measure and monitor USWEs. Digital tools can support efficient, systematic monitoring and evaluation efforts. 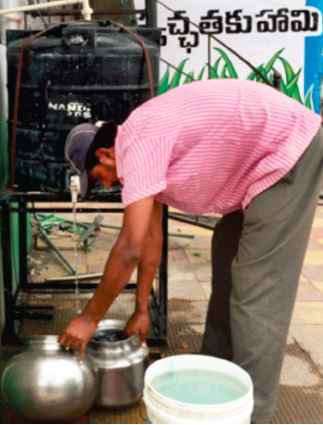 Making cities safe from disaster is everybody’s business. Mayors, urban local bodies, and other government entities are the key players responsible for delivering essential services to their citizens (water, shelter, health, education, transportation, etc.) and for lessening the risk to cities and making them resilient against the effects of climate change, burgeoning populations, and safety issues. However, in addition to national and local governments, all institutions and citizens – including associations – international, regional and civil society organisations; donors; the private sector; academia; and professional associations-have a role to play in reducing the risks that cities face. It will be through a collective effort by all of these key stakeholders that we will build resilient cities.

Though SWN has footprints in Maharashtra, Telangana, Uttar Pradesh, operating more than 300 water stations, the role of SWN is not just bound to providing clean drinking water, but also to spread awareness about the future of drinking water and challenges of local sustainability. We help them manage Safe Water Stations by guiding them towards preserving water resources for future generations so the next generation never face a situation such as Day Zero.

Ravindra Sewak is Country Director, Safe Water Network India.
Safe Water Network was co-founded in 2006 by actor and philanthropist Paul Newman, along with prominent civic and business leaders. SWN develops market-based, community-level solutions that facilitate access of safe, affordable and reliable water to populations in need. Its operating footprint of over 300 safe water systems, providing safe water access to over 800,000 people in Ghana and India, forms the basis for research and innovation to systematically address the challenges of local sustainability. For more information, please visit www.safewaternetwork.org 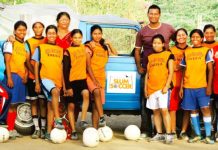 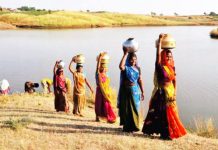 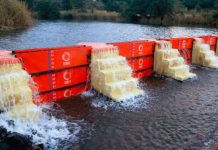 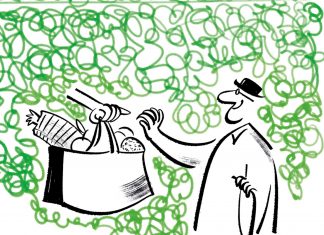