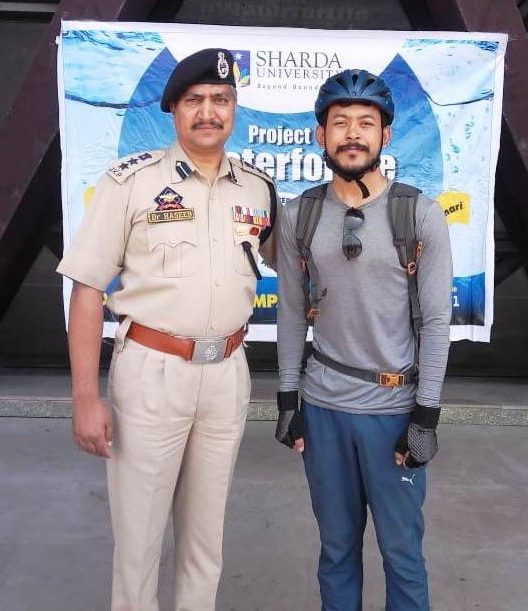 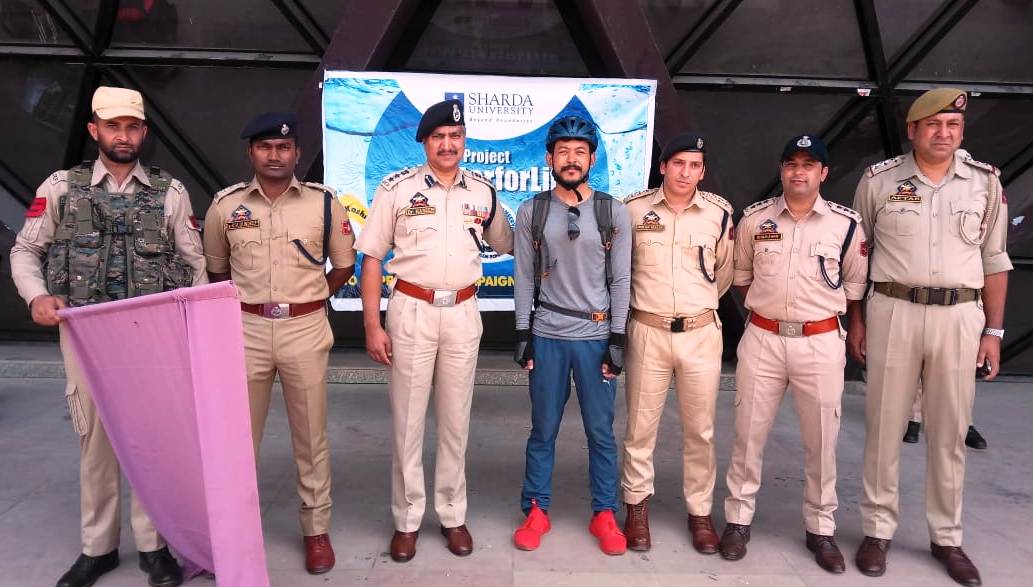 New Delhi, June 17, 2019: India is in the midst of its worst water crisis. 40 percent of India’s water needs are depleting at an unsustainable rate and around 600 million people face a severe water shortage, according to a NITI Aayog Report.

Sharda University has launched #WaterForLife campaign with an aim to raise awareness around water scarcity, a looming crisis in India and the way it is affecting people across India. As part of the project, Philem Rohan Singh, a PG student at Sharda University, will embark on a bicycle journey covering approximately around 3461 Kms from Kashmir to Kanyakumari. The journey was flagged of from Indoor Stadium, Srinagar, by Dr. Haseeb Moughal, SSP, Srinagar Police. It will cover 12 States, culminating at Kanyakumari.

The focus of the campaign is to identify the issues leading to scarcity of clean and safe drinking water and other water-related issues affecting livestock, farming, businesses, livelihood and depleting groundwater level among others. The findings of the project will be made into a documentary which will be India’s first video-based research report on water-related issues, findings and solutions. 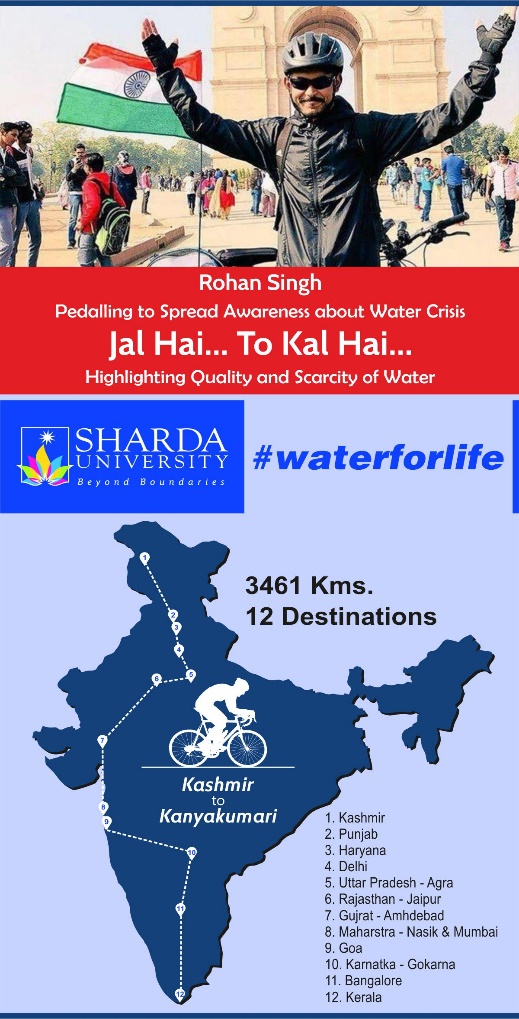 Talking about his commitment and passion, Philem Rohan Singh said, “India is not really a water-scarce country. Along with having major rivers, we receive an average annual rainfall of 1170 millimeters, but due to lack of sensitisation with regard to both conservation of water and pollution of water sources, it has resulted in a large part of the population for whom water has become more of a curse than a boon. From this expedition, our key objective is to spread awareness regarding water crisis and finding out the reasons for water scarcity in various parts of the country. I am optimistic about my fourth expedition which aims at creating awareness and resolving water-related problems in India.”

Prashant Gupta, Executive Director, Sharda University said, “There is a need to sensitise people on the topic of water, as till today, a lot of people in India do not have clean and safe drinking water. At the same time, a lot of it goes to waste because of lack of awareness and understanding of water resources, usage and put in place interventions that make our water-use efficient and sustainable. With the #WaterForLife campaign, we aim not only to raise awareness on water issues, but also to spread the message of peace and humanity. The team from Sharda University travelling with Rohan will capture his journey from Kashmir to Kanyakumari. The team will spend time with the local people and try to understand their daily problems related to water supply in the area. Our objective will be to capture the struggle they face getting drinkable water and the sources used.”

Philem Rohan Singh is a native of Moirang Philem Leikai, Manipur, and is pursuing his post-graduation from Sharda University. He has been actively championing issues of national importance. In January 2018, he undertook his first bicycle expedition from Delhi to Imphal (Manipur), covering 2800 kms on the theme: Pollution Free India. His second bicycle expedition covering 1700 kms from Imphal to Kolkata was on the theme: Anti-Drugs, Pollution, Unity in Diversity. His third expedition was from Sharda University to Manipur for the Manipur State festival – Sangai Festival, where he covered 3800 kms across 12 Indian States.