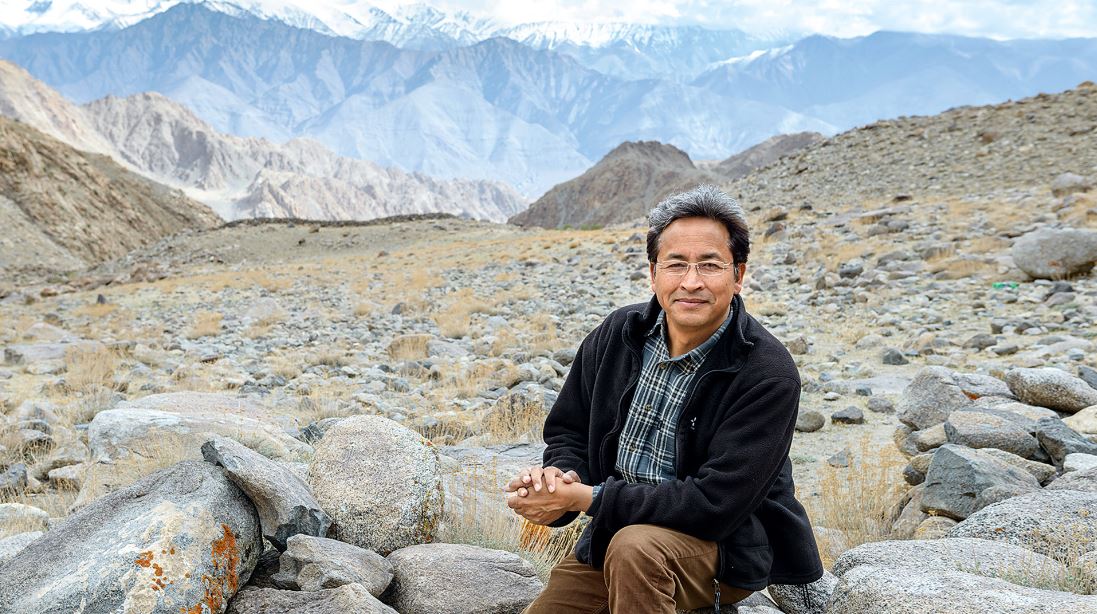 October 16, 2017, Bangalore: Everything around us has changed drastically in the last 150 years. But our education system has not evolved much. Focus is still on theoretical teaching with very little that prepares the students for real life in the real world.  No wonder our college and university graduates finish a ritual and get their degrees but are highly unemployable, according to various studies.  Often, employers end up re-educating the fresh recruits at their own expense.

The situation is even worse in Ladakh due to the absence of functional universities in the region.  As a result, there is a mass exodus of youth to cities like Jammu and Chandigarh where they live like educational refugees, and learn very little that is of relevance to their lives and consequently returning as misfits for the mountain environment.

Sonam Wangchuk, an innovator and educationist, is working to solve issues like education, culture and environment by setting up a one-of-a-kind university. He wants to break down the conventional way of thought process and make people understand the practical application of knowledge. He wants to use his 25 years of experience and scale up the impact he created at the Student’s Educational and Cultural Movement of Ladakh (SECMOL ) to start an alternative university for mountain development as well create a fertile ground for further innovations, called the Himalayan Institute of Alternatives Ladakh (HIAL). 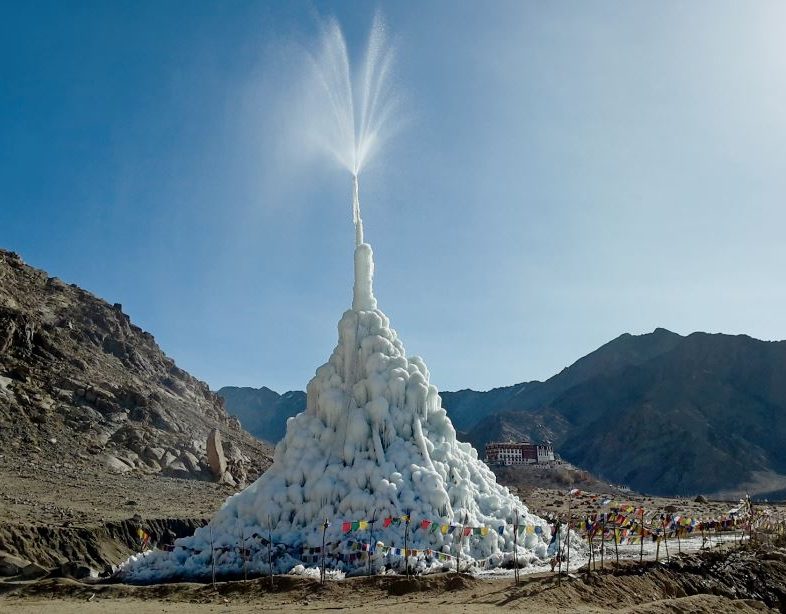 The Government of Ladakh Autonomous Hill Development Council (LAHDC), Leh, has supported the concept by earmarking 200 acres of land on the Phyang desert.  And this very desert is already starting to become green using the famous Ice Stupa artificial glacier technique, a project initiated by HH Chetshang Rinpochey, the United Nation’s Ambassador for Mountain Partnership, executed in partnership with SECMOL.

The University is being spearheaded by this renowned social entrepreneur which will need funds of INR 7 crore in the first phase. While Sonam has announced that the award money from his Rolex Award for Enterprise will be contributed as seed money towards the university project, it will definitely need much more support.

This is where Milaap, India’s leading crowdfunding platform, stepped in to enable raising funds for the setting up of HIAL. It enables people to contribute any amount that they can towards this cause. Sonam’s recent KBC appearance has further enabled this project as Milaap has witnessed considerable traction, post the appearance.

Sonam stated, “We are glad to have Milaap as our partner in this endeavour. With the support and contribution of many such institutions and individuals, we will build HIAL which will engage youths from multiple Himalayan countries in Research & Development to tackle the issues faced by mountain people, especially in the domains of education, culture, and the environment. Like SECMOL, the university aims to break the rigid boxes of conventional thinking, be relevant to people’s lives, and encourage learning via practical application of knowledge.”

Anoj Viswanathan, Co-founder, Milaap added, “We at Milaap are quite conscious of the power of crowdfunding for a cause as noteworthy as this. We will ensure that we highlight this cause to our network of donors from past campaigns and urge everyone out there to contribute whatever amount they can towards this initiative of practical education which makes a difference to society.”