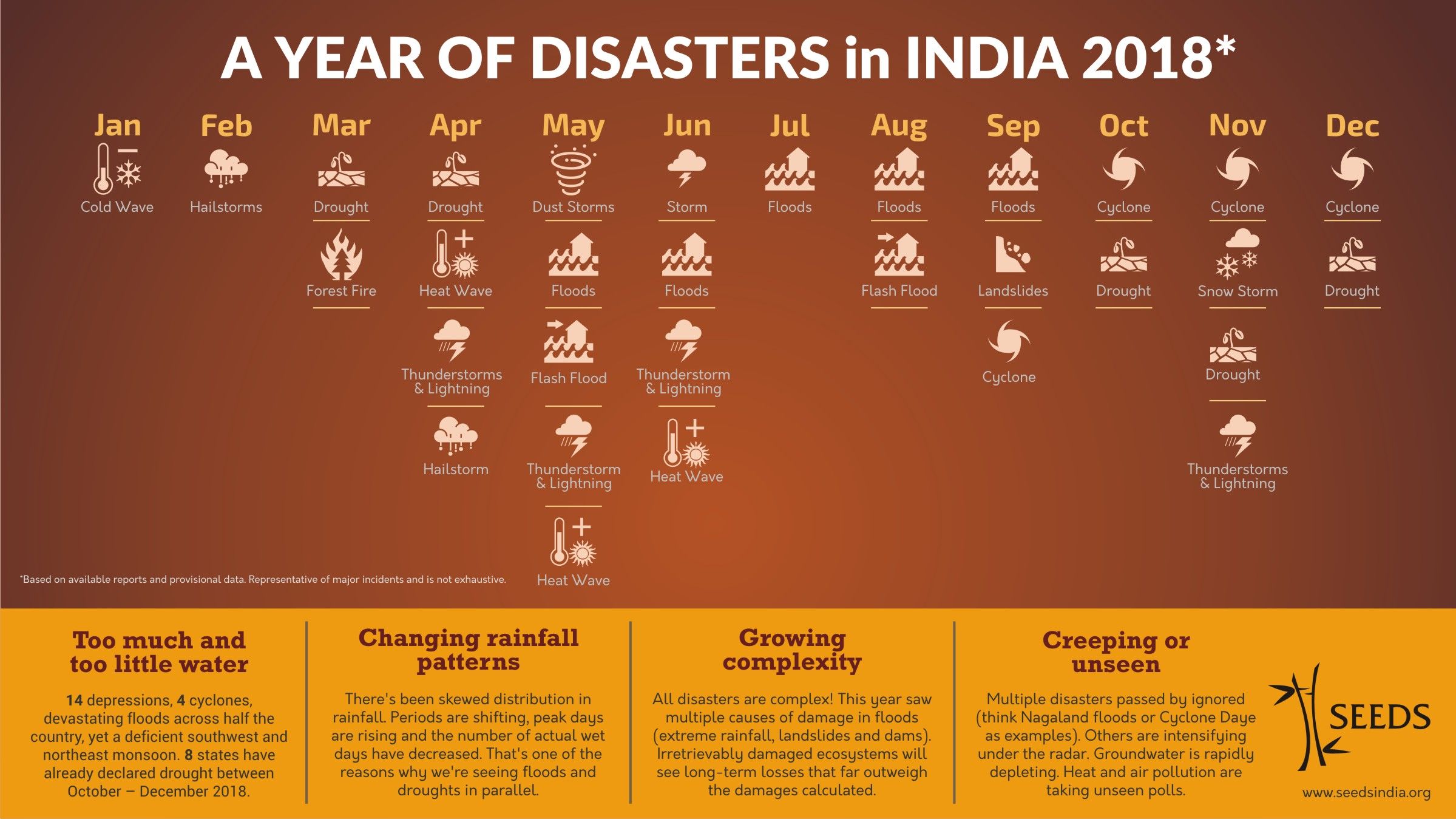 The wide range of disasters that have occurred this year have impacted most of the country. Not a month has gone by without a disaster.  Of these, only a few really captured the public attention. Yet, looking at the spectrum as a whole reveals some critical patterns and questions.

Combining analysis of data from the government, EmDat, media reports, and our understanding of disaster situations on the ground, there are four key issues that emerge. These address some of the major patterns in the year gone but also point to risks for the year ahead.

(Based on available reports and provisional data. Representative of major incidents and is not exhaustive)

February
Hailstorm in Maharashtra, UP, Chhattisgarh, Madhya Pradesh and Telangana