India: On Aster DM Healthcare’s 35th Foundation Day, the organisation has announced global growth to 455 facilities and thereby emerging as one of the largest integrated healthcare providers in India and GCC, with 27 hospitals, 126 clinics/labs and 302 pharmacies1 spread across seven countries serving around 20 million patients annually. In India, with the roll-out of 77 Aster branded pharmacies1, 9 Aster Labs, Aster Clinics and Aster Home Care, in addition to the 14 hospitals, the organisation is fast expanding its integrated care network across five States.

To celebrate its 35 years of service, a new corporate logo identity marking “Aster DM Healthcare since 1987” has been unveiled along with the campaign, “Care is Just an Aster Away” through a grand showcase on Burj Khalifa in Dubai was seen physically and virtually on Aster’s social media platforms. 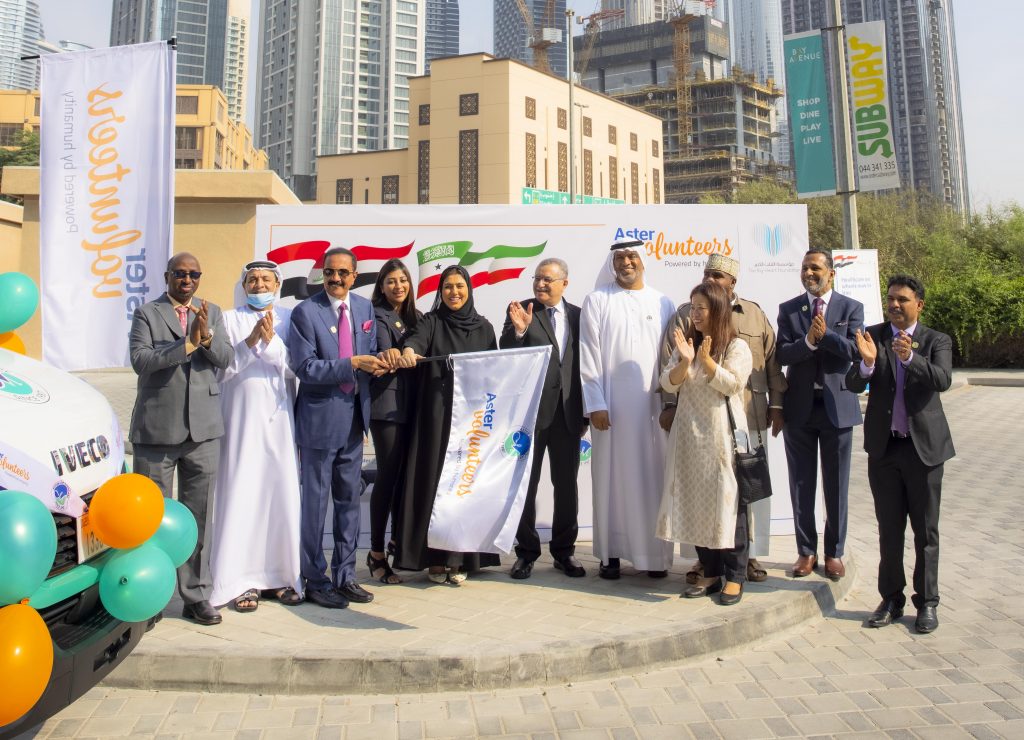 Speaking on the occasion, Dr Azad Moopen, Founder Chairman and Managing Director of Aster DM Healthcare said, “As we look back at the last 35 years of Aster’s existence, we are overwhelmed at what we have been able to achieve with the unwavering trust and faith that our patients and customers have placed in us. The vision with which we set forth to make quality healthcare accessible to the people is being taken up with new vigour through the campaign Care is Just An Aster Away, where we want to be closest to our customers. Going beyond business, giving back to society through our initiatives under Aster Volunteers has been at the core of our philosophy to make healthcare accessible to the people who need it most. In addition, we have decided to provide jobs to 150 people of determination in the next one year.”

In alignment with the organisation’s commitment to support and empower the underprivileged population, Aster would continue to provide free and subsidized treatment to thousands of patients every year. To this aspect, three more Aster Volunteers Mobile Medical Services (AVMMS) have been launched in Africa, Iraq and India on Foundation Day, increasing the total number of AVMMVS units to 19 vehicles. Aster has also committed to launching four more units in Africa, thereby extending the AVMMV services to seven African countries where it is highly required. In addition to this, Aster plans to establish 5 Aster Volunteers Telehealth Service Centers in Africa, to support the diagnosis and treatment of the population there, through direct connection with Aster hospitals in India and GCC.

The two vehicles to Somaliland in Africa and Iraq respectively were launched in Dubai by Smt Tadu Mamu Consul (Press, Information, Culture & Labour), representative of Hon. Consul General of India; Hussein Al-Ishaqi, representing the office of HE. VP of the Republic of Somaliland; Dr Zakariya Dahir, representing Ministry of Health Development of the Republic of Somaliland; and Dr Yaseen Al-Mamouri, President of Iraqi Red Crescent Society; in the presence of Mariam Al Hammadi, Director, The Big Heart Foundation.