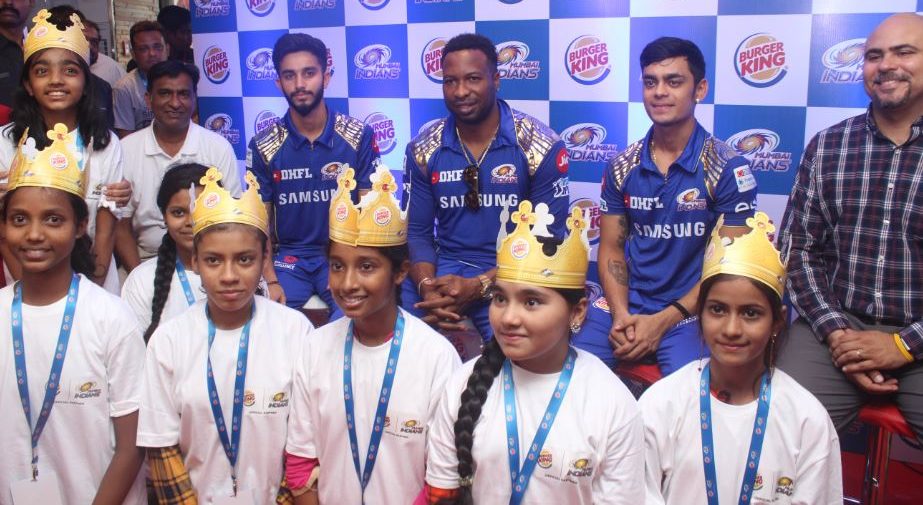 Mumbai, May 11, 2018: This cricket season, Burger King partnered with the current reigning champions of IPL, Mumbai Indians for its summer brand campaign, ‘Great Burgers at Amazing Prices’. In an endeavour to further strengthen the ongoing partnership and take it forward to a noble cause, Burger King took a step towards fulfilling its “Sixes for Kings” programme. At an event held at the Churchgate outlet, Burger King pledged three meals for every six hit by the Mumbai Indians, to the children of Avasara Leadership Foundation.

Uniting in the spirit of cricket, Burger King hosted an evening of fun and games for 30 children from Avasara Leadership Foundation with none other than Mumbai Indians legend, Kieron Pollard, super player Mayank Markande, and the most recent Man of the Match – Ishan Kishan. The girls from the Foundation were inspired after hearing the cricket stars speak about their own journeys towards achieving success. The engagement sought not only to motivate the young girls to pursue their dreams, but also leveraged the interest in IPL and cricket to raise awareness for the cause.

Excited about the success of the initiative, Rajeev Varman, CEO Burger King India, said, “We are happy to have partnered with a team that shares the same passion as ours to drive a noble cause. Each six scored by Mumbai Indians has contributed in working towards a larger cause. Each six that sailed over the boundary will also help the girls believe that no boundary line is impossible to cross. The partnership with Mumbai Indians has also aided in further strengthening our long-standing association with Avasara Leadership Foundation.” 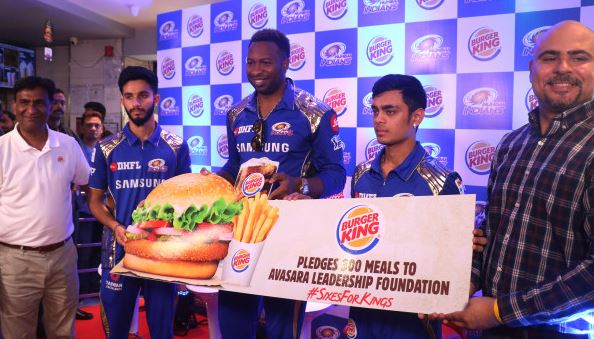 The Founder of Avasara Leadership Foundation, Mrs. Roopa Purushothaman said, “We are grateful to Burger King for organising such a memorable event for the children and their ongoing support to our organisation. The children truly cherished every moment spent with the cricketers. The ‘Sixes for Kings’ pledge means a lot to all of us.”

Mumbai Indians spokesperson said, “We are glad to have Burger King on board Mumbai Indians’ IPL journey. The team is happy to be part of this noble initiative.”

Burger King remains deeply committed to the community and believes in setting up responsible models of social responsibility to contribute to the society. In addition to supporting Avasara, Burger King has, in the past, also supported ‘Rooms to Read’.

Burger King remains dedicated in its support for Avasara Leadership Foundation through various in-store initiatives. Some of the initiatives include donating Re.1 for the cause of girls’ education, encouraging in-store donations over the years, to name a few.

The engagement concluded with a meet and greet with the participating children from Avasara Leadership Foundation; followed by a delicious meal at the Burger King Churchgate store. 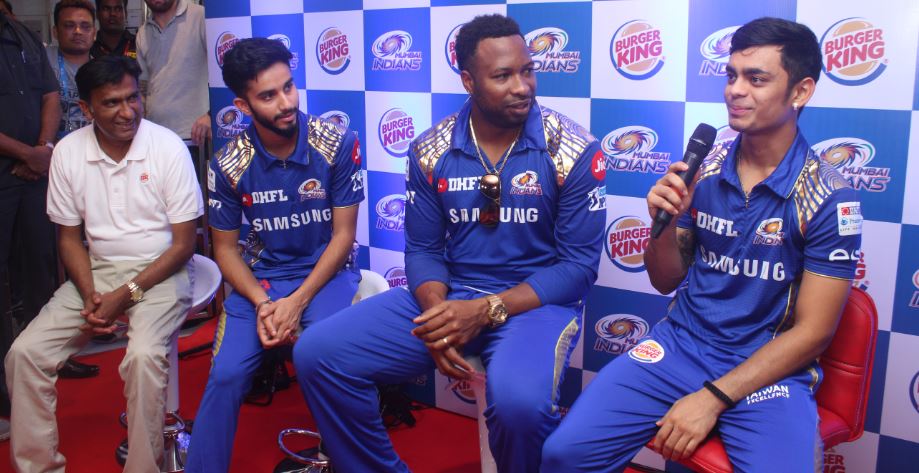