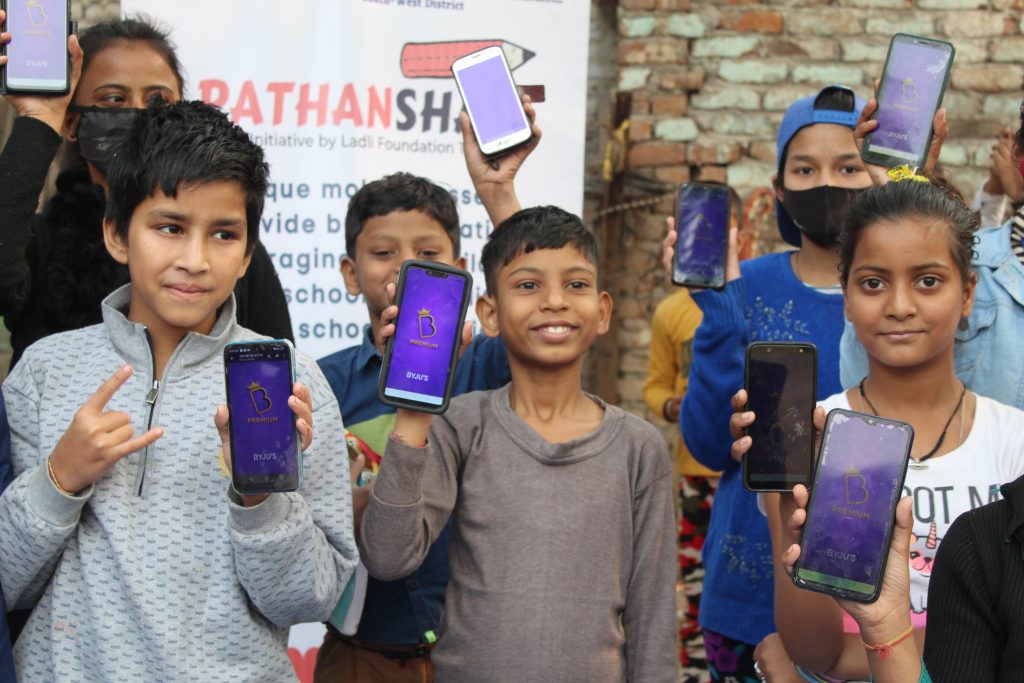 New Delhi:  In an endeavour to provide every child access to quality education, BYJU’S – ‘Education for All’ has partnered with Ladli Foundation to positively impact the lives of 100,000 underprivileged children across the country. Launched in a phased manner for three years, this collaboration will provide children in classes 6-10 free access to BYJU’S high-quality and tech-enabled learning programmes.

Implemented in 26 States in India in Phase 1, the programme is witnessing significant results in Bihar, Gujarat, Manipur, Madhya Pradesh, Uttarakhand, Telangana, and Kerala. The partnership has several other ancillary programmes that have also been launched. One such is ePathanshaala, whereby volunteers and interns of Ladli Foundation guide the beneficiary students to use the BYJU’S platform effectively.

Speaking about the initiative, Mansi Kasliwal, VP – Social Initiatives, BYJU’s said, “We are thrilled to partner with Ladli Foundation to take a step closer to making quality learning accessible for children across socio-economic barriers. We strongly believe that education plays a defining role in shaping society, and through this synergy, we hope to impact and empower children to help achieve their aspirations. Through our ‘Education for All’ initiative, we are committed to bridging existing gaps in education, closing the digital divide, and creating far-reaching impact via tech-enabled learning.” 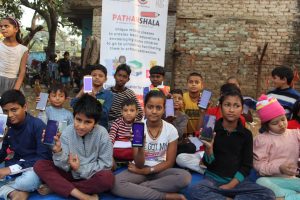 Ladli Foundation, the non-profit organisation, was launched in 2010 with a vision to change the lives of girl children in the country. It runs with the support of about 17 employees, 2300 volunteers, and over 1000 dynamic interns during their vacations, sourced from various universities.

As per UNICEF’S recent report, the COVID-19 pandemic has not only increased poverty but also put about 247 million children out of schools. The result of that is losing a safe space in school, an increase in child labour, and 100 million girls being exposed to the risk of child marriage. The coming together of BYJU’S and Ladli Foundation will be instrumental in helping the nation fight this educational crisis.

Commenting on the partnership, Devendra Kumar, Founder, Ladli Foundation, said, “India has been battling with various setbacks in terms of education. While a significant population of children in rural India does not have access to basic modern-day digital facilities, on the brighter side, several of them do have smartphones. Empowering them with quality learning content through smart devices is a big step in creating a better tomorrow. We are thankful to BYJU’S ‘Education for All’ initiative for helping us further our mission of uplifting the girl child.”

Launched in 2020, ‘Education for All’ is BYJU’S flagship philanthropic programme that aims to democratise education and ensure that every child has an opportunity to learn. The programme is committed to empowering children in the most remote geographies and underserved communities through tech-driven learning. With a mission to empower 5 million underprivileged children by 2025, the company has partnered with 90 NGOs across 26 States to bring a positive systemic change to the education ecosystem.