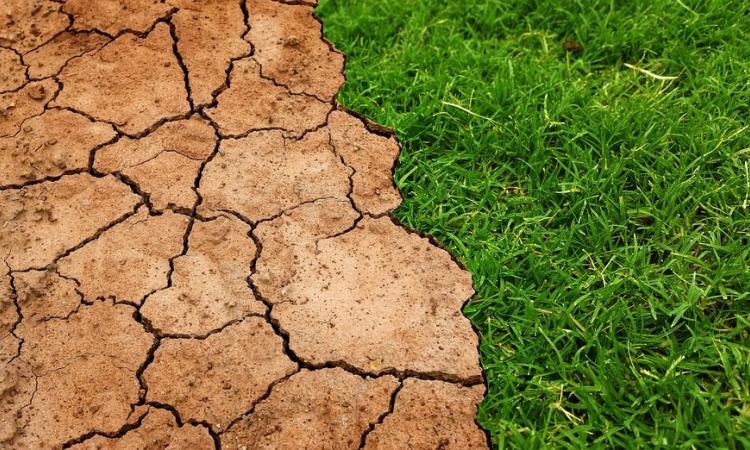 Delhi: The new initiative “Climate Asia” was launched at the Climate Asia Conference which was held recently. Climate Asia endeavours to create conversations around the three pillars: Share, Empower and Connect by increasing awareness, upskilling the ecosystem, and catalysing networking among players within and outside the industry. To build a robust climate ecosystem in Asia, we will work with climate organisations to strengthen the workforce.

The first panel centred on ‘Unpacking the IPCC Landscape from an Asian Perspective.’ The panellists spoke of capacity building in the country to deal with the crisis of climate change, renewables being the future, and having a bottom-up approach while transitioning away from fossil fuels.

In her keynote address, Shloka Nath from India Climate Collaborative said “Less than 2 per cent of global giving supports climate action and only a quarter of that makes it to on the ground action. We’re all facing the same storm but not in the same boat” – speaking of the disproportionate impact of climate change on the most

vulnerable. Panellist Jarnail Singh of the MacArthur Foundation spoke of how “the pressures of chasing developmental objectives are on a collision course with mitigating the worst effects of climate change” and how we need to work with governments at a sub-national level to bring about effective change. Vaibhav Chaturvedi from CEEW spoke of the practical impacts of targeting coal and transitioning to green energy – “When you target coal, you target specific countries and economies – India, China, US, renewables may solve the emissions challenge but create domestic waste, which then becomes a country-specific problem.” We need to take into account these economic costs and waste generated before planning to switch to renewables.

The second panel discussed ‘Tackling Climate Change through Community Action and Grassroots Solutions.’ It highlighted climate-smart solutions, the need to break silos, and the challenges faced at the implementation level, like waste management. The discussion also covered the importance of an integrated approach when taking into account vulnerable communities, so that they can have a strong voice in decision-making. 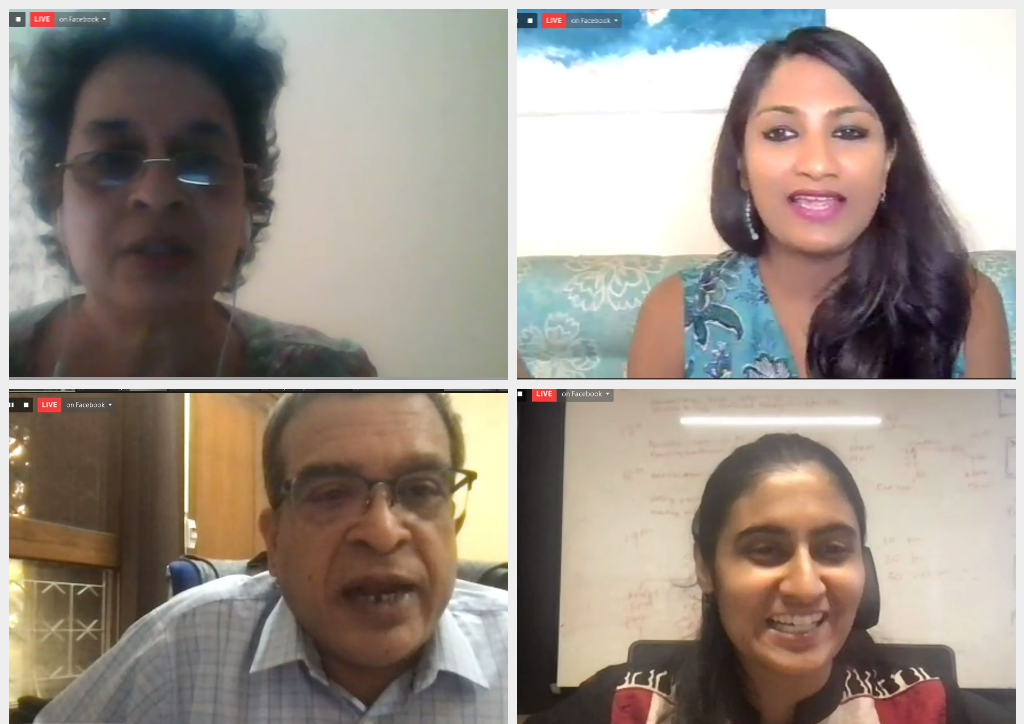 Panellist Srinivas Krishnaswamy of Vasudha Foundation said, “Most solutions to address climate change will have to be very geographically specific. They have to come from district and municipality levels. We have to form state action plans based on them, and then national plans based on the state plans. Plans need to be made in consultation with states, with states given ownership in adapting and implementing solutions.” Svati Bhogle of Clean Energy Access Network spoke of the need to decentralise planning and decision-making and of how “those most affected by climate change need to be brought into the larger discourse.” Huda Jaffer of SELCO Foundation spoke of the need to make “guidelines and best practices actionable” and to figure out “ways in which they can be institutionalized,” as well as the need to break silos. Priya Thachadi of Villgro Phillippines explained, “Southeast Asia is among the world’s most vulnerable areas. Asian rivers contribute to 80 per cent of the ocean plastic problem, and a third of that is from the Phillippines.” 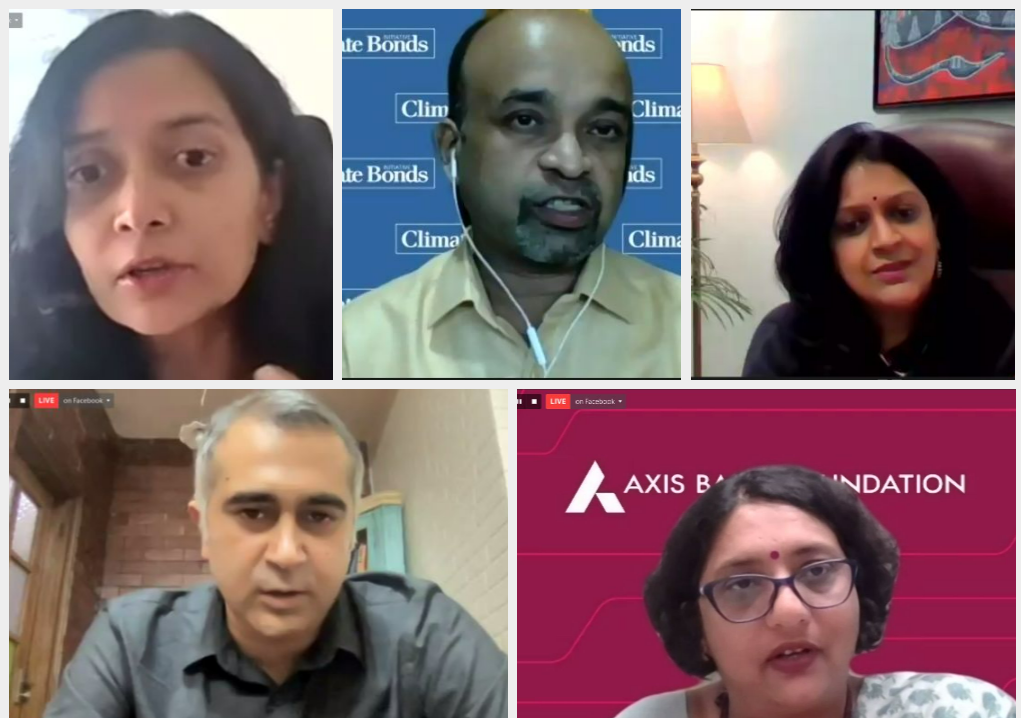 The third-panel discussion explored the ‘Funding Landscape of the Climate Space.’ The panellists discussed various aspects of funding like private equity, venture capital, philanthropy, grants, and sustainable banking. The panellists spoke of the need for all types of capital to co-exist, bringing together different providers of finance, climate tech solutions as the way forward, and how the venture philanthropy approach can help in identifying early-stage startups/organisations to provide them with seed funding. Dhruvi Shah of Axis Bank Foundation said, “Integrating the impact of climate change into our everyday strategies is extremely important.” Vikas Mehta of SED Fund spoke of viewing climate change as an opportunity, not a threat. Sandeep Bhattacharya of Climate Bonds Initiative spoke of the importance of access to global capital markets for funding for scale.

Panel 4 discussed ‘Climate Space: Green Jobs and Career Transitions.’. The discussion encompassed key themes for professionals entering the climate space and emphasised that a lot of skills are transferable and can be acquired – a specific degree in climate science is not always required to be working in the space. Sabina Dewan from JustJobs Network said, “We need to move away from just green job terminology to understand how all sectors and all jobs intersect with climate.” Kabir Bavikatte of Growald Climate Fund spoke of supporting founders who have passion but need capacity building and skilling support through his organisation. Climate Asia works along similar lines. Roshan Paul of Growald Climate Fund explored the entry barrier for professionals to enter the climate space and concluded that there is more than one path to get there.

The conference served as an excellent introduction to the Climate Asia platform, which debuted at the event, and a fitting celebration of Earth Week. Much ground was covered on topics across the spectrum in climate, whether jobs, landscape, or funding. Expert panellists from the corporate and social sectors shared valuable insights on what it will take to meet IPCC targets on mitigation and adaptation, and how to centre marginalised voices in our decision-making. Climate Asia hopes to take all of this learning forward in building and strengthening the climate ecosystem in Asia.