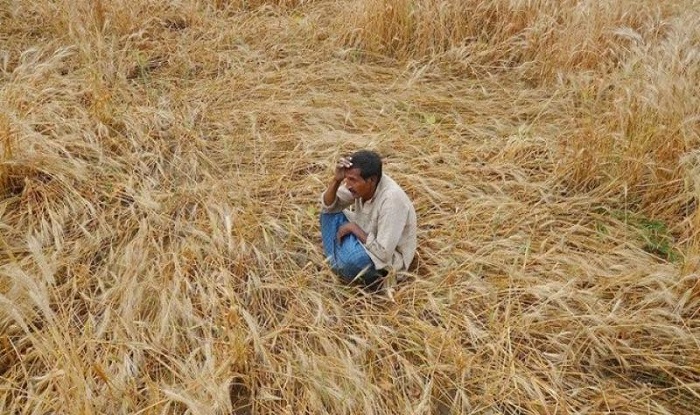 Bhopal: In between cold waves, a few districts of Madhya Pradesh faced sudden rains and hailstorms recently. It devastated most of the crops, which left the farmers in jeopardy. But in this crucial time, Chief Minister Shivraj Singh Chouhan came forward as their big brother and protector, visited the affected areas and met with the farmers in distress. Looking at the situation, he has administered for immediate relief fund and told the commissioners and collectors of these affected districts to conduct and complete the farm surveys by January 18, 2021, so that the farmers will get their relief as soon as possible. Shri Chouhan visited villages of districts- Ashoknagar, Niwari, Vidisha and Rajgarh in the last two days, where he not only inspected the fields but interacted with the farmers, giving them the needed assurance.

He inspected the fields personally and acknowledged that, “the crops might look like green from the outer side but if you go into the fields and look closely, you’ll see that nothing is left. I will ensure that every farmer who has suffered due to this unfortunate incident will be compensated. CM assured the farmers and said, “there is no need to worry and nothing to cry about. I will get each one of you out from this problem.”

At one of the visits to village Khiston, Chief Minister Chouhan instructed the officers to pay Rs 50,000/- immediately to an old lady farmer who suffered a huge loss. Makkhan Bai Rajak, another farmer at Mabai village was offered immediate support of Rs 50,000/- as she was in a dire need of compensation. During an interaction at Mungawali village, the CM learnt that Hazarilal, another affected farmer, has his daughter’s wedding next month and offered to take care of all the arrangements.

Looking at the situation, the Chief Minister has declared that the Government will pay for the losses incurred by the farmers and if 50 per cent of the crop is lost, then this relief amount will be given at the rate of Rs 30,000/- per hectare. He said that the benefit of crop insurance will also be made available on top of the relief amount. Along with this, the recovery of the short-term loans will be postponed and short-term crop loans will be converted into medium-term loans. Shri Chouhan said that Rs 4 Lakh will be given for loss of life, Rs 30,000/- on the death of cows and buffaloes and relief amount will also be given for small animals like calf, goat, and hen. Apart from this, if the houses have suffered any damage, then the amount will also be given for the repairs.