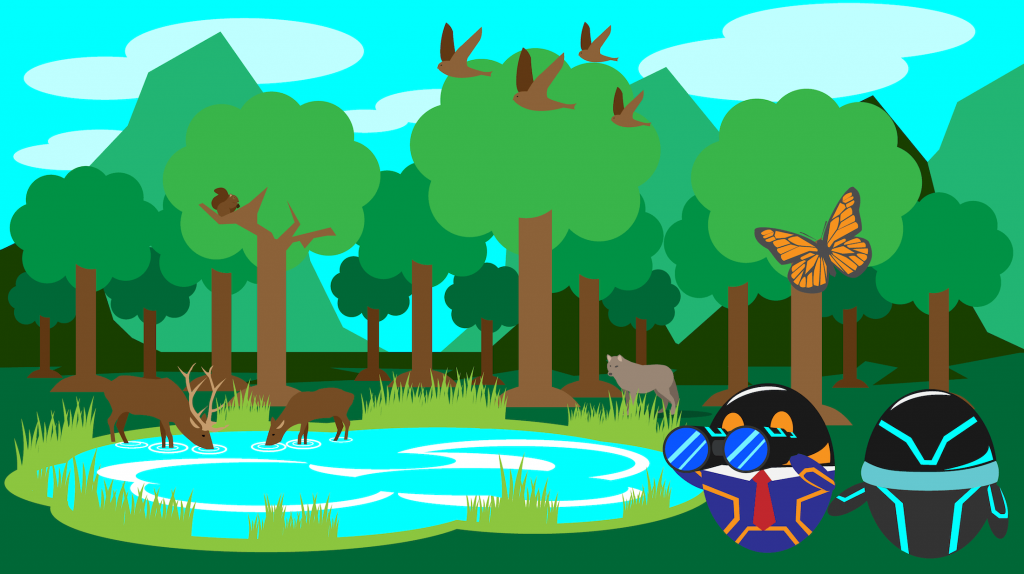 The recently declared Global Hunger Index (GHI) 2021 and India slipping to the 101st position from 94th in 2020 is a matter of grave concern. This is even more disturbing when the country is one of the leading producers of several food grains, pulses and milk. India is known to be an agriculture-driven economy and has a sizeable global share in numerous agricultural commodities. Despite these facts, the challenge of the rising hunger index and its repercussions on social well-being is appalling.

Indeed, feeding a large population of nearly 1.4 billion is a huge responsibility, and the declining agricultural productivity makes things worse. Adding to the challenge is that over 80 per cent of farmers in India are small and marginal – owning less than 2 ha of land – most of whom are growing just enough to meet the needs of their families. The COVID-19 pandemic has further exacerbated food and nutrition security across the globe, including India.

Amidst all the reasons, it is hard to deny the adverse impact of rapid climate change and global warming that has significantly impacted food production in India. Reports suggest that in about 45 years, extreme temperatures and weather conditions have caused a 4 per cent decline in the Kharif season and a 4.7 per cent decline in the Rabi season.

Climate change and global warming have established a new normal where extreme weather events like severe heatwaves, droughts, and devastating floods are the new standard. While global climate change negotiations have mainly focused on mitigating emissions, we need an equally strong emphasis to build the resilience and adaptive capacities of people to cope with environmental changes and weather uncertainties. 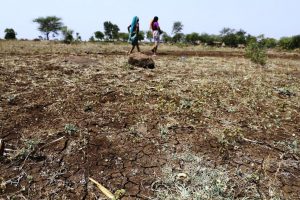 Unfortunately, the consequences of poor productivity are not limited to food production and food security. It is estimated that during the same period, farm income losses have been as high as 4.3 per cent. This is in addition to the losses due to extreme weather events like droughts or floods, which can, at times, wipe out the entire seasonal output. This directly impacts the rural livelihoods of millions of people especially marginal and underprivileged sections; further pushing them into the clutches of poverty and deprivation.

Climate change has caused a huge imbalance in the rural ecosystem – home to around 2/3rds of India’s population. This has not only fuelled challenges like hunger and poverty but has also put immense stress on natural resources, especially groundwater and productive land. 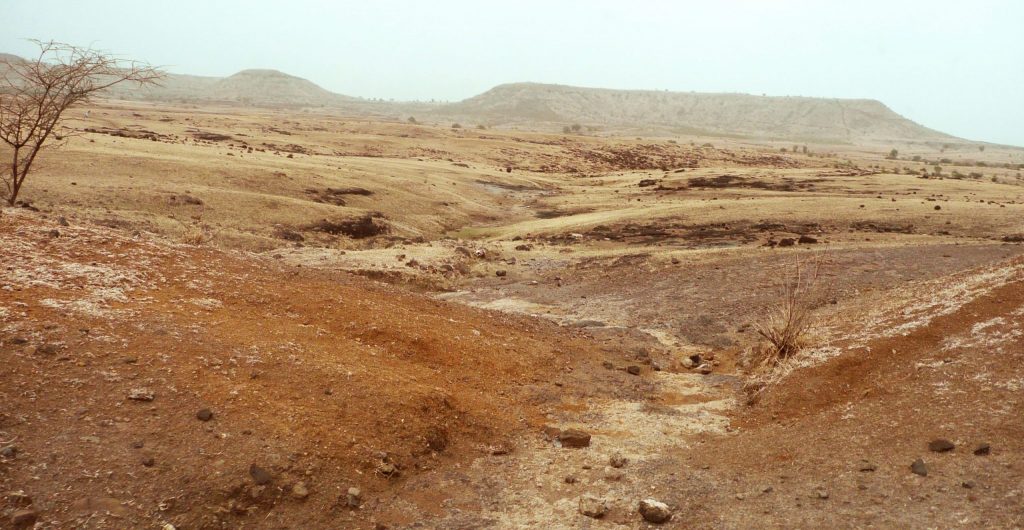 The degraded landscape of Bhojdari village in Maharashtra before the start of restoration work. Photo Credit: WOTR

Climate change and global warming have established a new normal where extreme weather events like severe heatwaves, droughts, and devastating floods are the new standard. The record-breaking rainfall in Uttarakhand and extreme weather events in Kerala are examples of this supposedly new norm. While global climate change negotiations have mainly focused on mitigating emissions, we need an equally strong emphasis to build the resilience and adaptive capacities of people to cope with environmental changes and weather uncertainties.

World leaders and climate change experts gathered in Glasgow for negotiations at the COP26. There were several key priorities for discussion – from securing net-zero emissions to mobilising adequate climate finance. The global goal on adaptation, while not as explicit as the mitigation goal, includes a focus on protecting and restoring ecosystems by strengthening agriculture, protecting livelihoods and lives. Unfortunately, ecosystems in much of rural India, providing primary support to the poor, are highly degraded. Driven by sheer necessity and limited options, the needy sections are forced to take short-sighted measures to fulfil their immediate needs, thereby causing long-term damage to the environment and themselves too.

Ecosystem-based Adaptation ensures nature-based, holistic solutions for building systemic resilience and helping people adapt to the adverse effects of climate change. Only when people feel safe and protected can they take decisions that work in favour of their environment and society.

It is crucial and urgent to educate people on the benefits of ecosystem restoration and also build their capacities for climate change adaptation. People need to become more informed and responsible in their actions while considering the long term impacts on the environment and society.

This is where Ecosystem-based Adaptation (EbA) comes into the picture.

EbA – A Holistic Approach to Promoting Climate Resilience and Adaptation

Ecosystem-based Adaptation ensures nature-based, holistic solutions for building systemic resilience and helping people adapt to the adverse effects of climate change. Only when people feel safe and protected can they take decisions that work in favour of their environment and society. Besides reviving and restoring the natural landscape and promoting conventional and eco-friendly practices, EbA provides a comprehensive approach that helps strengthen people’s capabilities, boost local livelihoods, promote the community’s health and well-being, and encourage inclusive and equitable participation.

The three elements of an Ecosystem-based Adaptation (EbA) approach.

EbA is a low-cost, nature-based, and pro-poor strategic tool with the potential to transform the rural ecosystem sustainably.

The impact goes a long way. A thriving rural community will have its ripple effect on the urban society and will significantly contribute to national and international sustainable development goals.

When the Watershed Organisation Trust (WOTR) began working in Bhojdari, a small village in Sangamner block in Ahmednagar district of Maharashtra, the region was going through acute spells of droughts, repeated crop failure and loss of livestock that resulted in a large level of distress migration of the villagers.

To tackle the problem, WOTR intensively worked with the locals in a phased-wise manner. While applying the EbA approach, WOTR adopted a holistic approach that sought a balance and symbiotic relationship between all the resources or capitals – human, social, physical, financial and natural – in the village. Under this holistic design, a series of interventions were implemented leading to the transformation of Bhojdhari village. This included interventions in watershed development, adaptive sustainable agriculture, water budgeting, biodiversity management, alternate energy, and the promotion of sustainable livelihoods.

Throughout the intervention, WOTR closely worked with community members and local institutions to build people’s capacity and help them take ownership of the programmes.

After two decades of intensive work in Bhojdhari, villagers are now able to confidently deal with climate uncertainties and also act responsibly towards the environment. There is a significant 37 per cent increase in agricultural income, and the types of crops have increased from 3 to 10. The surface water storage capacity of Bhojdhari has increased by 87 per cent, and there is a 100 per cent reduction in distress migration. 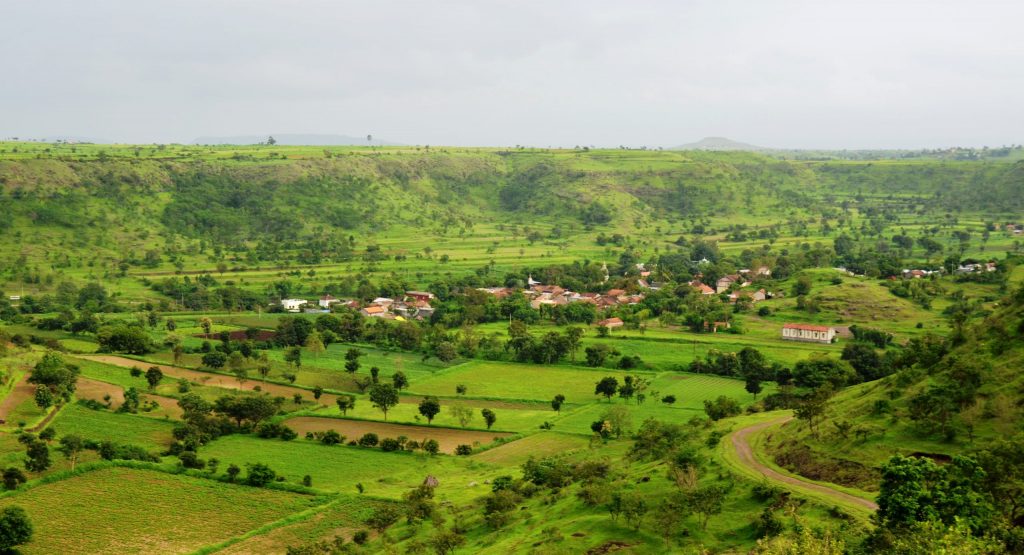 With a focus on ecosystem restoration, the people of Bhojdhari are now living the life of their dreams.

Similar to Bhojdari, by adopting elements of the EbA approach, WOTR has worked and witnessed encouraging outcomes in more than 5,200 villages across nine States in India.

The health of the ecosystem is of utmost importance in the process of tackling rural poverty. Healthy ecosystems ensure food and water security, enhance soil fertility, promote biodiversity, and mitigate floods, droughts and several other natural calamities. Numerous organisations like the Global Commission on Adaptation (GCA), the International Climate Initiative (IKI) and the United Nations Environment Programme (UNEP) promoted nature-based solutions. The GCA has found that the overall return on investments in adaptation is high, with benefit-cost ratios ranging from 2:1 to 10:1, or even higher (GCA, 2019).

However, ecosystem restoration and climate change adaptation is a goal that requires consistent, long-term, strategic efforts. Considering the size and scale of challenges in rural India, a single agency or even a few working together cannot respond effectively.

There is a need for diverse stakeholders to collaborate and work in unison to scale up and mainstream the EbA approach. It is crucial that organisations initiate dialogue, share knowledge and ensure effective integration of EbA in all the development initiatives across the country.

ECOBARI will allow individuals and institutions, representatives of Government, civil society organisations, businesses, academia, financial institutions, funds, NGOs and the media to pool in resources – human, material and financial – and empower communities to enhance their income while conserving local biodiversity, restoring and sustainably managing their natural resources aligned with the ecosystem they live in.

With this goal, WOTR and TMG Research started working on a roadmap for upscaling EbA in Maharashtra in 2019. Developing the roadmap was spread over two years, involved consultations with relevant ministries at the State and national level, scientists from leading research institutes, thematic experts and practitioners from renowned institutions across the country and the local communities. The process of stakeholder consultations also highlighted the need for such collaboration at the national level. 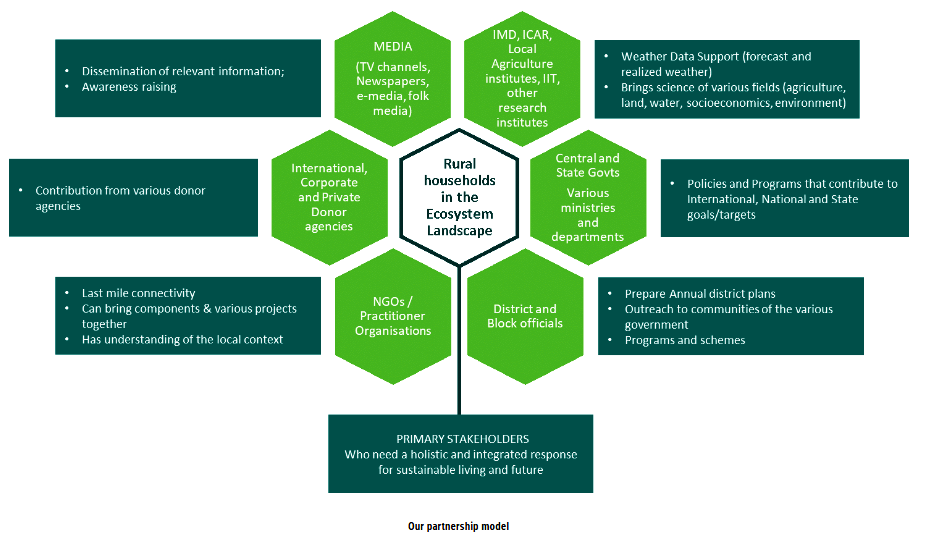 In this regard, WOTR, IDH and several other like-minded agencies have launched a collaborative called Ecosystem-based Adaptation for Resilient Incomes (ECOBARI). ECOBARI will allow individuals and institutions, representatives of Government, civil society organisations, businesses, academia, financial institutions, funds, NGOs and the media to pool in resources – human, material and financial – and empower communities to enhance their income while conserving local biodiversity, restoring and sustainably managing their natural resources aligned with the ecosystem they live in.

Arjuna Srinidhi is the thematic lead for Ecosystem-based Adaptation at the WOTR Centre for Resilience Studies (W-CReS). Arjuna specialises in research and advocacy on national and international climate change policies particularly related to climate change adaptation in dryland areas. He is also a PhD scholar at Wageningen University, working on climate-resilient development pathways for semiarid regions. 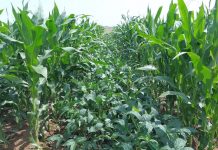 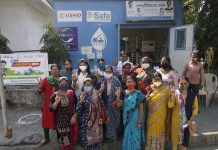 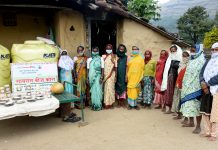