More than 10 million migrants were forced to head back to their Home States in the initial months of the COVID-19 pandemic in India after losing their jobs. Many concerned people including young entrepreneurs, professionals, students, as well as state governments and a CSR program have stepped forward to develop employment apps targeted at migrants to help them get jobs again.

The growth of smartphones in India has been rapid over the past couple of years. The number of smartphone subscriptions increased to 620 million in 2019 and is expected to grow at a compounded annual growth rate of nine per cent, reaching one billion by 2025. This has meant access to more functions and usage. There are a variety of apps for individual conveniences such as online shopping, online banking, food ordering, cab-hailing, and entertainment, and so on. However, besides these, there is a range of apps that have emerged that serve the larger and social purpose. A slew of apps has come up in recent months to help migrants get employment when they lost their jobs and were forced to return to their homes under the shadow of the COVID-19 pandemic. According to the information shared by the Government of India, more than 10 million migrants left the cities and returned to their Home States from March 2020 to June 2020. This piece looks at the various such apps.

Moved by heart-rending visuals of lakhs of migrants who were forced to travel by foot, with little or even no money left, a young student of just 17 years of age from Noida, Akshat Mittal, put together Bharat Shramik, an app that links unemployed migrant workers with employers willing to hire. With help from his father, he set up a website www.bharatshramik.in as well. A migrant is required to enter the pin code of the area where the job is needed along with the name and contact details. This individual information is fed into a national database where employers can look for suitable candidates. 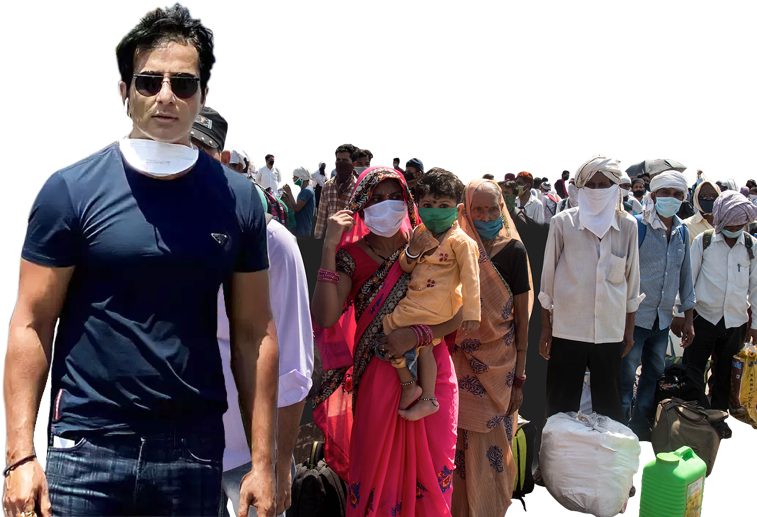 Actor Sonu Sood, who helped migrants hit by COVID-19 safely reach their homes, also launched an app called Pravasi Rojgar – https://www.pravasirojgar.com/ – to help migrants get suitable jobs. It has over 500 companies listed on it across sectors like construction, engineering, apparel, healthcare, automobile, e-commerce, BPO, and logistics among others. According to the information shared by the actor, the app helps the migrant workers with functional training programmes such as speaking English as well. The app also has a helpline number that is functional 24×7 and available in the cities of New Delhi, Mumbai, Bengaluru, Hyderabad, Coimbatore, Ahmedabad, and Thiruvananthapuram.

32-year-old alumnus of Stanford MBA programmer, Nirmit Parikh has developed Apna – https://apna.co/ – an app envisioned as a kind of LinkedIn for non-English-speaking low-skilled Indian workers. Launched in February 2020, the app enables job seekers to enter their name, age, and skills and creates a virtual business card. This card is provided to employers in Bangalore, Delhi, Mumbai, and Pune and more cities are planned to be covered. Available in Hindi and Kannada, Parikh claims that 1.25 million job seekers have signed up on the app. With the COVID-19 pandemic hitting, the app became more relevant and the team behind it was expanded to help many people register who lost their jobs and piece their lives together. 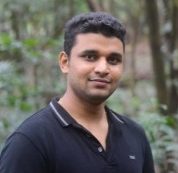 Created by a young tech entrepreneur, 30-year-old Mohit Sirohi, Founder and CEO, Vegavid Technology, ‘MyRojgaar’ – https://myrojgaar.com/ – an app aimed at connecting both skilled and unskilled labourers with companies and with micro, small and medium enterprises (MSMEs) operating in industry verticals such as construction, manufacturing, transportation, agriculture, and hotels. With an easy to use interface, one can register by providing basic details to secure employment as per the skill set and location. Available on Android, the app is accessible in multiple languages comprising English, Hindi, Telugu, Odia, Gujarati, Punjabi, Bangla, Marathi, and Kannada.

Aimed at migrants who work as daily workers, plumbers, painters, and electricians, Ehetesham and Shahebaz, students of MuffakhamJah College of Engineering and Technology, Hyderabad invented https://www.majdoor.app/ for companies who are looking for workers. This is complemented by a website www.majdoor.net.in for labourers to register. Both the platforms are in English, Telugu, and Hindi. As per the requirement of the contractors, they contact and choose an appropriate candidate from the database of registered workers. 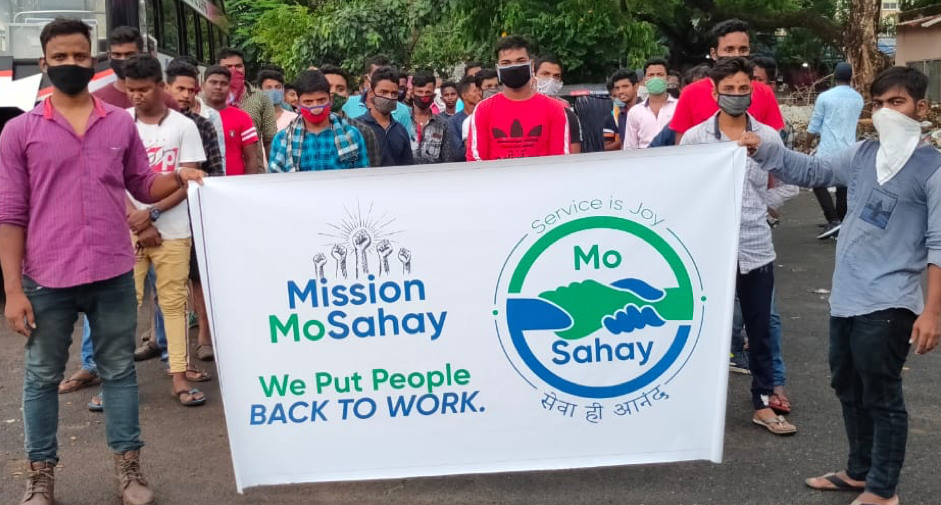 A group of Odisha based professionals including professors, students, and industry leaders also created a web and mobile platform named MoSahay – https://mosahay.info/ to help migrants get work and return to the worksites. The cross-platform application lists information on the skillsets of the migrant workers as well as their Covid-19-immunity status or basic health information. The platform captures 308 skills demanded across 24 industries. The application is available in English, Hindi, and Odia and requires only contact details and some basic information on skills. The developers, who have collaborated with industry bodies like CII and FICCI, will hand over the details of listed workers to the government and industries that require workers.

Prakriti E-Mobility, as part of its Corporate Social Responsibility programme, in technical partnership with Prishitech recently launched Shramik Bandhu, an app that acts as an employment platform for the skilled and unskilled workforce in India. Available on Google app store, the app is available in English and Hindi and covers sectors such as manufacturing, construction, hospitals, garments and leather, power and steel, construction, and automobile. The job seekers can register on the app and create a profile by entering information such as name, phone number and Aadhar number.

The mushrooming of the employment apps for migrants is commendable. However, there are certain related concerns. Foremost among them is the affordability issue and low-access to smartphones among the migrant population. Developers of apps such as Bharat Shramik and Pravasi Rojgar have taken cognizance of this and set up a helpline number to facilitate their registration

The Government of Uttar Pradesh introduced an app called Pravaasi Raahat Mitra – https://rahatup.in/ in May 2020, which is operated by the State Revenue Department to provide livelihoods to migrants who returned to the state during the COVID-19 pandemic. Besides jobs, the app is aimed at connecting the migrants with government schemes and tracking their health. The app collects basic information such as name, educational qualification, temporary and permanent addresses, bank account details, and status of screening regarding Covid-19. It also works offline. The Government of Bihar has also developed an app that would enable the returnee migrants to look for and receive job notifications as per their skill set. The app has a database containing the skill mapping details of migrant workers and the specific requirements of various industries. The app comes close on the heels of a skill mapping exercise done by the Bihar Industrial Department of the migrants, who were kept at the state-run quarantine centres on their return, in which around 1.6 million skilled and semi-skilled workers were identified. The Government of Rajasthan also plans to create a mobile phone application to facilitate easy registration by the workers after launching a labour employment exchange portal to act as a bridge between potential employers and migrant workers who returned to the State during the COVID-19 pandemic. 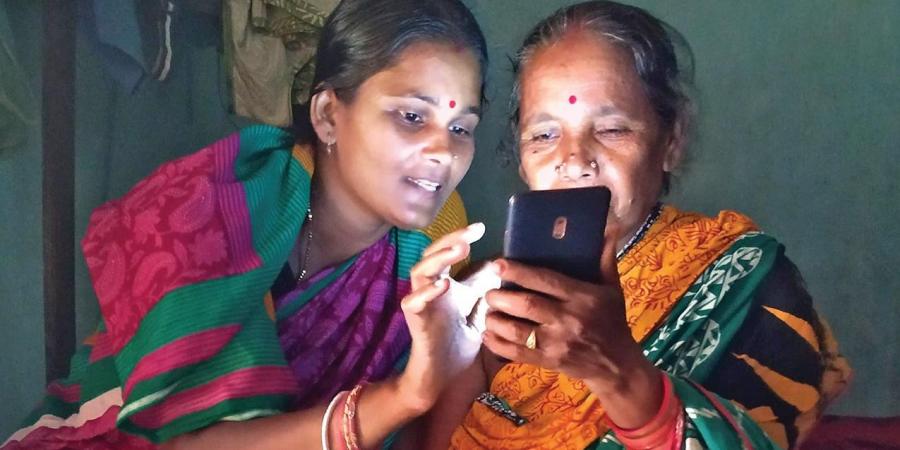 The mushrooming of the employment apps for migrants is commendable. However, there are certain related concerns. Foremost among them is the affordability issue and low-access to smartphones among the migrant population. Developers of apps such as Bharat Shramik and Pravasi Rojgar have taken cognizance of this and set up a helpline number to facilitate their registration. Moreover, the migrant communities are generally closely tied, and hence, ones without access to a smartphone can take the help of the fellow migrants with a smartphone to register themselves by entering details such as phone number and get alerts. The industry body the Federation of Indian Chambers of Commerce and Industry (FICCI) had recently come with a report ‘Rehabilitation of Migrant Workers in India’ that proposes several recommendations to help migrant workers cope up with the impact of the COVID-19 pandemic.

The report proposes a scheme to provide smart mobile phones to migrant workers that can not only help in looking for work opportunities but can come preloaded with training modules and other relevant apps in local languages. In another concern, it was reported that daily wagers and labourers in rural areas of Ludhiana and Sangrur districts in Punjab were charged between Rs 100 and Rs 300 by few people pretending to be volunteers to register them on ‘Punjab COVA App’ on the assurance that they would receive various facilities offered by the State Government. The authorities and developers of employment apps may face a similar issue and should be ready to counter such attempts and alert the users in advance.

It is reassuring to see a lot of developers and government bodies working on helping migrant workers who are the worst hit by the COVID-19 pandemic to get back on their feet by developing employment apps and it is hoped and suggested that they share learnings amongst themselves to iron out any issue they may have and to make their apps more effective for optimal outcomes.

Dheeraj Kapoor is a Social Sector Professional based in Mumbai.