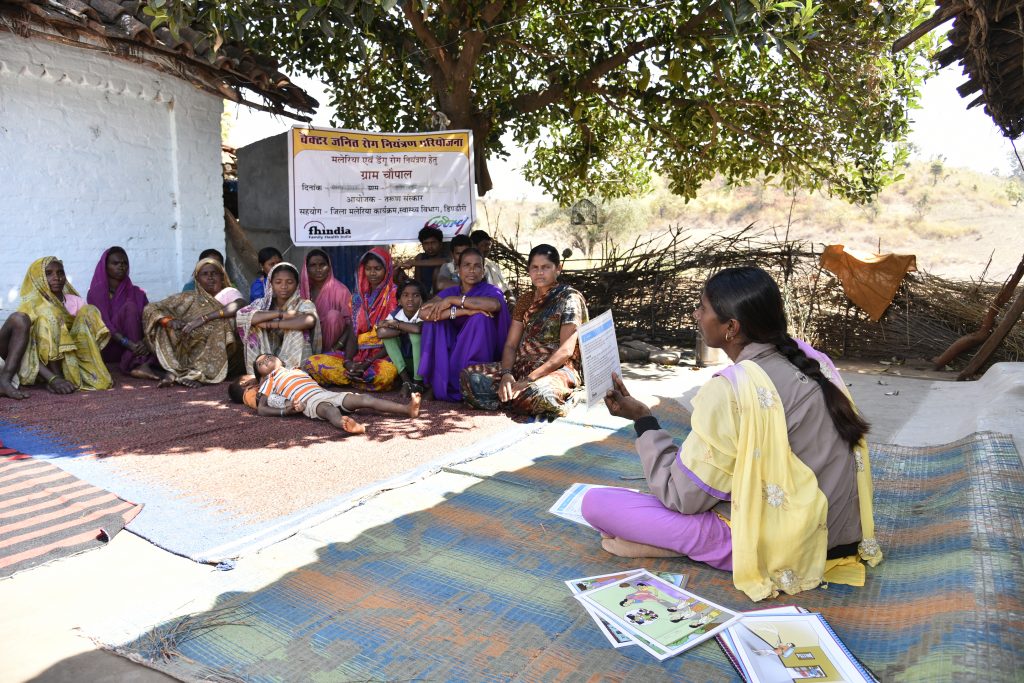 National: On World Mosquito Day, Godrej Consumer Products Limited (GCPL) completed over six years of collaboration with the Madhya Pradesh Government to fight malaria and other vector-borne diseases through project EMBED (Elimination of Mosquito Borne Endemic Diseases). Since 2016, EMBED has run intensive behaviour change programmes that have made a difference in the lives of over 11.5 million people at high-risk from malaria and other vector-borne diseases in Madhya Pradesh, Uttar Pradesh and Chhattisgarh.

The EMBED programme was piloted in Madhya Pradesh, in partnership with the National Centre for Vector Borne Diseases Control, Ministry of Health & Family Welfare, Government of India. In 2015, Madhya Pradesh was in Category 3 with 25 districts having malaria cases. In 2021, Madhya Pradesh was a Category 1 and was among the top 10 States having low malaria cases, and the malaria infection has declined to below one case per 1,000 population. During this time, EMBED’s intervention villages accounted for 45 per cent of the State’s malaria burden. The Health Ministry of Madhya Pradesh also expressed its appreciation of the initiative’s technical support and training of ground-level workers.

The programme has also developed an app for malaria treatment, which is being used by the Health Departments of Uttar Pradesh, Madhya Pradesh and Chhattisgarh. It is available in local languages like Gondi and Halbi. 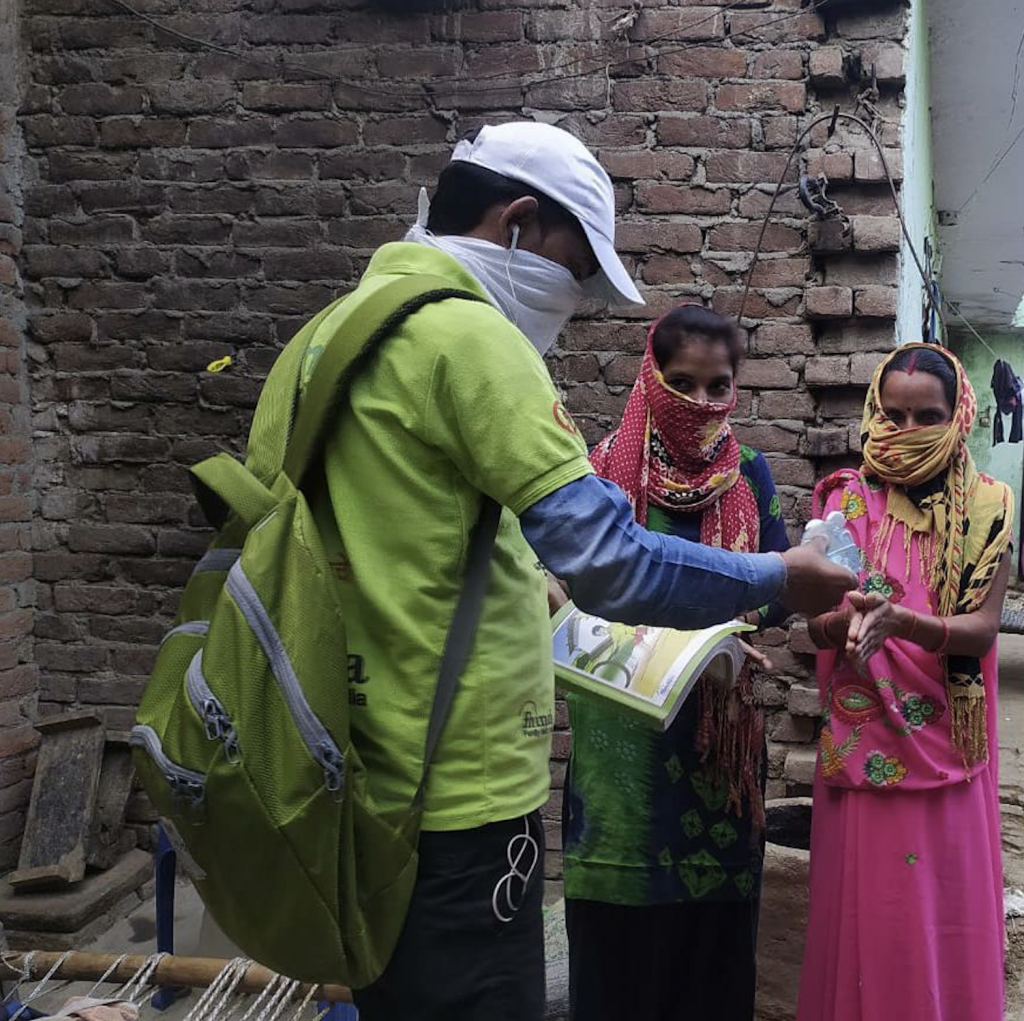 EMBED programme has been able to bring together everyone in the fight against malaria. The programme collaborated with the MP State Health Department, committees at district levels, the Panchayats, ASHA workers, and the citizens. The programme bridged the gaps in the existing framework. One example is that the team worked with Health Department and toured the villages and homes before the health department organised fumigation drives in villages. They aligned the villagers and circled

public spaces prone to mosquito breeding sites. This helped in effective coverage of the fumigation drive and reduced the breeding of mosquitoes.

The collaborative approach of the programme worked as malaria cases dropped by 96 per cent between 2016 and 2021. The State is on the path to meeting the goal of malaria elimination. A major win was that 80 per cent of the 469 intervention villages in the four most malaria endemic districts of MP – Alirajpur, Jhabua, Sheopur, and Shivpuri – became malaria-free.

Godrej is expanding its efforts and is now working on dengue and other vector-borne diseases awareness in four metro cities in India in partnership with the Government.

Dr Prabhuram Choudhary, Health Minister, Madhya Pradesh, said, “Family Health India and Godrej CSR, in collaboration with Madhya Pradesh Public Health & Family Welfare, are running project EMBED to eliminate the vector-borne disease in 11 malaria-affected districts of the State. This project has participated at the community level in IEC, BCC activities, ASHA, and training of ground-level health workers. The State’s health department has received excellent help from project EMBED regarding malaria elimination as a public awareness programme. Technical assistance has also played a vital role. EMBED project has developed a malaria dose chart application for the right treatment of malaria-positive cases which is used by ASHA and ANM workers and is applicable in all 51 districts of Madhya Pradesh. This application is helping in the correct and complete treatment of malaria. In collaboration with these institutions, the State Government has worked on properly using LLIN, fever surveillance, and comprehensive treatment of malaria patients. It has also helped in the reduction of vector sources. The combined efforts have brought MP from Category 3 to Category 1 in malaria elimination in 2021. I hope the EMBED project will be extended in the State in malaria-affected districts so that the State Government can continue getting help in eradicating malaria and dengue.”

Sudhir Sitapati, MD, Godrej Consumer Products Limited, said, “Health and poverty are intertwined. Public health problems affect the poor people disproportionately. Wage loss due to malaria and dengue continue to be serious concerns in India. Project EMBED is a proven collaborative model that ensures people are aware, take precautions and seek medical support at the right time to combatmalaria. Our role and aim through EMBED is to provide support to the existing government efforts and ensure last-mile impact by inculcating behavioural change, encouraging community action to prevent malaria, and timely diagnosis and treatment. With the success of EMBED, we now aim to fight dengue and other vector-borne diseases and protect over 30 million people by 2025.”

Dr Bitra George, Director, Family Health India shared, “With funding support from GCPL, Family Health India (FH India) has supported the State Vector Borne Disease Control Programme, the Government of Madhya Pradesh in its goal of elimination of malaria by 2030. The behaviour change communication tools and online training module have been adopted by the State and scaled across all districts in Madhya Pradesh. Through the efforts of the EMBED team, Madhya Pradesh has achieved the Category 1 status at the national level on the way toward malaria elimination on the occasion of World Malaria Day event held on April 25, 2022, at New Delhi. We are proud of our partnership with Godrej as well as Department of Public Health and Family Welfare, Government of Madhya Pradesh and continue to strive towards the malaria elimination goal in the State.”

Gayatri Divecha, Head CSR& Sustainability, Godrej Industries and Associate Companies, said “Our biggest learning from EMBED is that developmental problems are interconnected, deep rooted, and require large scale systemic change and innovation. It is difficult to work on these problems in silos. Our successful partnerships with various government entities at the State Health departments, District Collectors, Chief Medical Officers and the people at the Panchayat were an essential ingredient to our success. Without the immense commitment, dedication, and strategic vision of the Government of MP, none of our work with EMBED would have been possible.”

Over 95 per cent of the Indian population lives in malaria-endemic areas. 80 per cent of the cases occur among 20 per cent of the population that live in tribal, hilly, and hard-to-reach areas. Statistics from the National Vector Borne Disease Control Programme reveal an evident decline in malaria caseload as well as fatalities. But the data from the World Malaria Report 2021 points out that the rate of decline of malaria cases has been slower than pre-pandemic. Furthermore, the report highlights that India still shares over 80 per cent of the malaria burden in South East Asia. As per research, a 10 per cent decrease in malaria has been associated with a 0.3 per cent rise in GDP. The total economic burden from malaria in India is around USD 1.9 billion and this can be reversed as malaria is an eliminable disease.