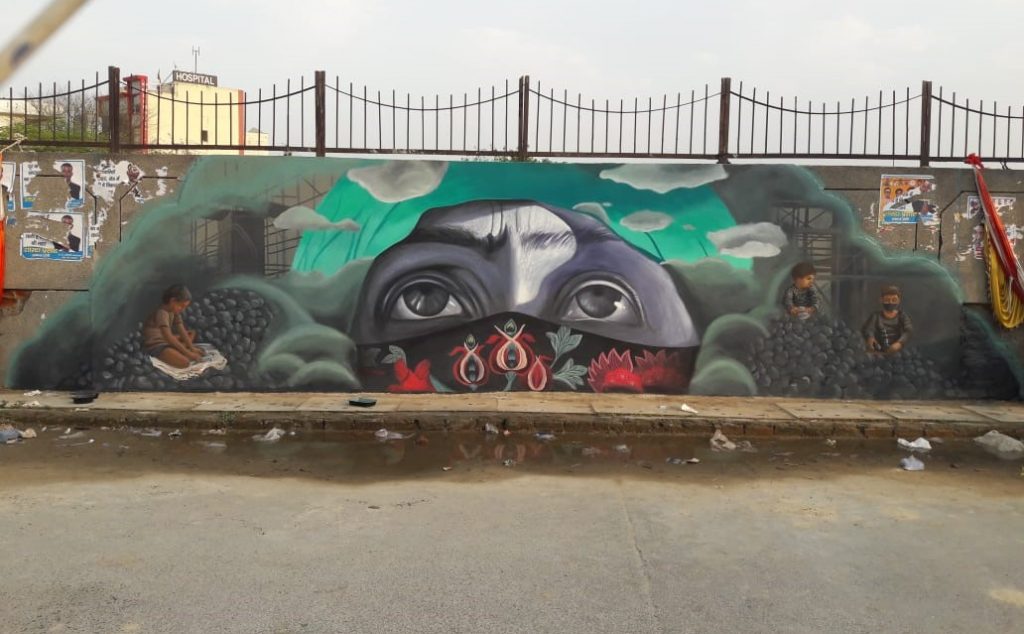 Using the power of art for social change, artists and illustrators, associated with Help Delhi Breathe and Mahila Housing Trust (MHT) have been painting huge murals in resettlement colonies of Bakkarwala, Sawda (West Delhi) and Gokulpuri (East Delhi). The idea has been to spread awareness among residents of the city on the impact of air pollution on construction workers’ respiratory systems, skin, eyes, and their infants. The mixing of sand and cement, brick making, and the loading and unloading of construction materials lead to dangerous levels of exposure to dust.

“We intend to mobilise construction workers and the general public alike through our murals, as tools of transformation. The idea is to spread awareness about the hardships faced by construction workers, especially women. French Revolution and our national movement are examples of how art has inspired social change since time immemorial,” says Nehmat Mongia, an alumnus of College of Arts, Delhi and presently studying design at NID, Ahmedabad.

The artists also have in mind another important stakeholder – government agencies – who can do the most for the vulnerable communities. The idea has also been to simultaneously initiate a discourse for solutions involving other stakeholders like the media and local communities. 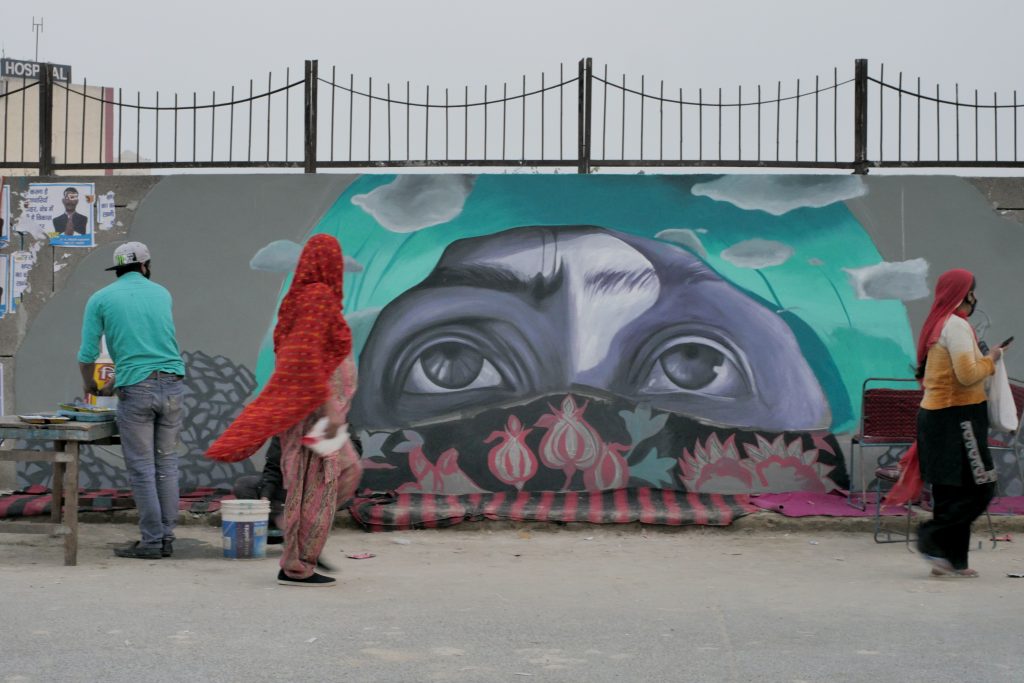 Mural at Bakkarwal: She looks up, surrounded by the pollution and toxins of the building, for a glimmer of hope indicated by the flowers. The goal of the artists is to raise awareness about the significance of wearing masks to protect against pollution at these sites. With Delhi being the most polluted capital in the world, the workers from the informal sector who constitute 70 per cent of Delhi’s workforce, bear the brunt of the air pollution due to maximum exposure.

Poor air quality has a negative impact on health and livelihoods because construction bans are imposed unexpectedly by courts and governments, forcing workers to return home. 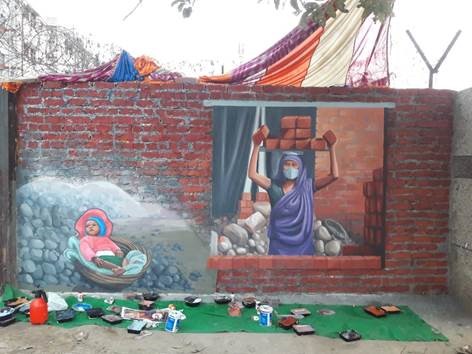 Mural at Sawda: The hardships of women construction workers are shown in this piece of artwork, as well as their working conditions. Her gaze is fixed on her child, even while she works in dusty surroundings. The fact that he sleeps in a brick-picking basket demonstrates how she cares for him despite the limits she faces, such as the need to bring her child to a dirty workplace. The bare, rustic brick wall serves as a reminder of the physically tough labour she conducts.

Women believe that a coordinated effort by the construction industry, government, and the general public could make a significant difference.

“Through artwork, we think that the voices of the women construction workers reach the decision-makers so that they can take action,” says Veena Bhardwaj,

Programme Coordinator, Mahila Housing Trust, adding that they “intend to support them so that they adopt necessary precautions. Society at large should empathise with them and extend their support for higher wages and better maternity relief.

The Help Delhi Breathe campaign has been simultaneously working with female construction workers across the three project locations in Delhi NCR and training them on how to check the AQI in their locality with the help of portable AQI devices as well as creating platforms and opportunities for these women to engage with decision-makers and other stakeholders to voice their concerns and issues AQI Ambassador Saroj Ben says that she can now check the AQI of her own society. “The society needs to mitigate the impact of air pollution. We can now understand how air pollution has been impacting us.”