The Jamnalal Bajaj Foundation honored four outstanding personalities at the 38th Jamnalal Bajaj Awards event in December 2015. The four awardees were felicitated by renowned historian, biographer and peace builder, Professor Rajmohan Gandhi in the presence of Mr. Rahul Bajaj Chairman, Board of Trustees and Justice C.S Dharmadhikari (Retd.), Chairman, Council of Advisors of the Foundation.

The awards were presented in the following categories:

Mr. Rahul Bajaj, Chairman, Board of Trustees, Jamnalal Bajaj Foundation speaking at the occasion said, “The Jamnalal Bajaj Foundation award winners are worthy of this recognition given their enduring efforts towards bringing about social and economic enhancement in the lives of people. These winners are a true inspiration to the world with their relentless and unwavering commitment towards being catalyst for social change.”

Shri. Man Singh Rawat is a staunch Sarvodaya Sevak who works solely for the social, economic uplift of the people. He participated in the Bhoodan Movement and got involved in other activities initiated by Vinobaji. To propagate Swaraj Movement, with devotion and perseverance, he has dedicated his life for the upliftment and development of the Boksa tribes in Haldukhata and its surrounding villages in Uttarakhand. Shri Rawat was also associated with the preparation of Jal Niti (Water Policy) which was submitted to the Government of India. 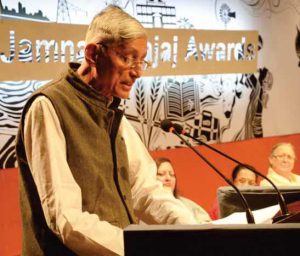 Shri. Perumal Vivekanandan a post graduate in agriculture quit his job to join the NGO movement in 1987. He wanted to promote simple technologies developed by grassroots innovators and bring them to the forefront, while preventing erosion of traditional knowledge and resources. In order to institutionalize this initiative, Shri Vivekanandan formed an organization Sustainable-agriculture and Environmental Voluntary Action (SEVA) in 1992. Under his leadership, SEVA has helped to promote grassroots green technologies in Tamil Nadu and documents the traditional knowledge/grassroots innovations in agriculture, animal husbandry and conversation of agricultural biodiversity. His vision has led to formation of herders’ association, farmers’ groups and grassroots innovators association. Shri Vivekanandan was awarded first prize for scouting maximum number of innovations of rural people in Tamil Nadu in 2001 by National Innovation Foundation, Ahmedabad. He has received The World Technology Awards 2003 for Environment (finalist) and the George Atkins Communications Award in 1999.

Smt. Anne Ferrer was born in England, came to India and studied journalism in Mumbai. After marrying Shri Vincent Ferrer, the couple moved to Ananthapuram, a chronic drought prone district in Andhra Pradesh, with the sole intent to serve the poorest of the poor in India. This led to the setting up the Rural Development Trust (popularly called RDT) in 1969. Smt. Ferrer has also initiated the Prevention of Mother to Child Transmission (PTMTCT) of HIV project. This has facilitated reduction in vertical transmission of HIV from mothers to infants. She emancipated and empowered the rural women by enlightening them on children’s rights to education, safe child birth and institutionalized deliveries, health, hygiene, savings, income generation, etc. This resulted in starting of a special women sector in 1982 by her. Organizing women into self-help groups (women sanghams) promoted solidarity and increased their self-confidence and self-respect.  Women are trained in need-based vocational skills, in farm and non-farm sector and are also encouraged to manage their mini banks.  She is the recipient of the Isabel Ferrer Award for gender equality (Generalitat Valenciana) in 2005, and Ugadi Puraskar by the Government of Andhra Pradesh for her contribution to rural development.

Dr. Minoru Kasai was born in Ichinoscki in Northern Japan, and brought up in Shanghai, China. He has been an ardent Gandhian and a Gandhian scholar, as his relation with India and scholarship on Gandhiji’s life and philosophy started during his student days at the Benaras Hindu University. Dr. Kasai has visited India several times on teaching assignments and research presentations at various universities. He has been associated with the International Christian University (ICU), Tokyo, Japan since 1968 and currently is the Professor Emeritus of the University. He is still actively conducting monthly studies on Gandhiji’s Swaraj at the ICU.

The Jamnalal Bajaj Foundation awards continues to serve the ideals to which Shri Jamnalal Bajaj had dedicated his life and promotes the constructive Gandhian endeavors, in which he was deeply rooted throughout his lifetime. 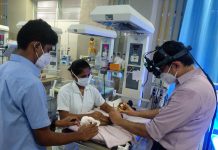 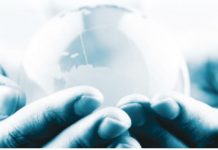