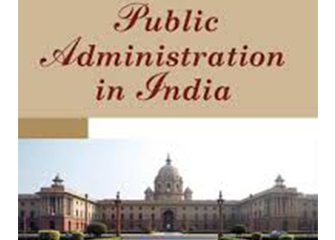 In a recent speech, N.R .Narayan Murthy claimed that during the last 60 years India has neither produced any major invention nor an idea that has led to significant changes in the world. In contrast, MIT alone has produced ten major inventions that include the GPS (Global Positioning System), the bionic prostheses and the microchip.

One may quibble with Murthy’s examples because the history of modern inventions is tangled but his broad point is correct. He is implying that in the past India had produced world-class scientists such as J.C Bose, S.N Bose, Meghnad Saha, and C.V Raman, not to mention the brilliant self-taught mathematician Srinivasa Ramanujan. Since then no comparable figure in brilliance has graced Indian science. India is stuck in mediocrity in the field of science as well as arts and is lagging behind other countries such as China, Brazil, and Korea.

Three of the greatest thinkers of the 20th century were Indian: Swami Vivekananda, Mahatma Gandhi and Aurobindo Ghose. Can we name a figure of comparable stature in the recent times? The post-independence educational institution was not designed for world-class excellence, but rather to train students. If the recognition was not to come from peers around the world, it could only be granted in terms of administrative titles. This fits in with the social scene where pursuit of power is the most desirable objective. In this environment, to paraphrase WB Yeats, “The best lack all convictions, while the worst are full of passionate intensity”. We see this echoed even in the halls of the Parliament and national assemblies.

One should also realise that doing fundamental work in science requires far greater resources now than in the earlier period. For example, the GPS was a US government project that began in 1973 to overcome the limitations of the earlier navigation systems. The research on this was  carried out by many universities and contractors and it became fully operational in 1995. In 1980, when I was offered a position at North Carolina State University (which I ended up declining), one of the things they dangled before me was research on a GPS project at the nearby Research Triangle Institute.

The academic scene has become global. Since Indian universities are not funded at the same level as  Western universities, some of the best minds leave India. Indians have made major contributions to science on the world stage from their perches abroad, and they are in the forefront of cutting-edge technology and entrepreneurship. Individuals have also made outstanding contributions from their positions in India but this has rarely led to the creation of a world-recognised school of excellence.

If we accept the proposition that India has not been hospitable to the creative mind in the recent past, what could be the reasons for it? It could not be cultural, because the earlier period was more productive. In my view, the problem with the Indian universities and national laboratories is one of effective review and assessment. Not only individuals, but departments, and colleges ought to go through frequent review that has consequences. The administration needs to be granted more autonomy, with structures of oversight, which can only be realised by systemic changes. As things stand, there is excessive centralisation of power at the ministry. The charter under which many universities operate is too restrictive. For example, IIT administration cannot open a new department even if the ministry agreed with the need. The act under which the IITs were chartered describes the departments that are to be run. A new department can only be added if the Parliament changes the charter!

Summarising, the ecosystem of the Indian university needs to be changed since the current culture cannot sustain creativity. We need checks and balances at many different levels and a system that rewards the creative and the hard-working. Otherwise, Narayana Murthy’s assessment of the past 60 years will become the prophecy for the next 60.