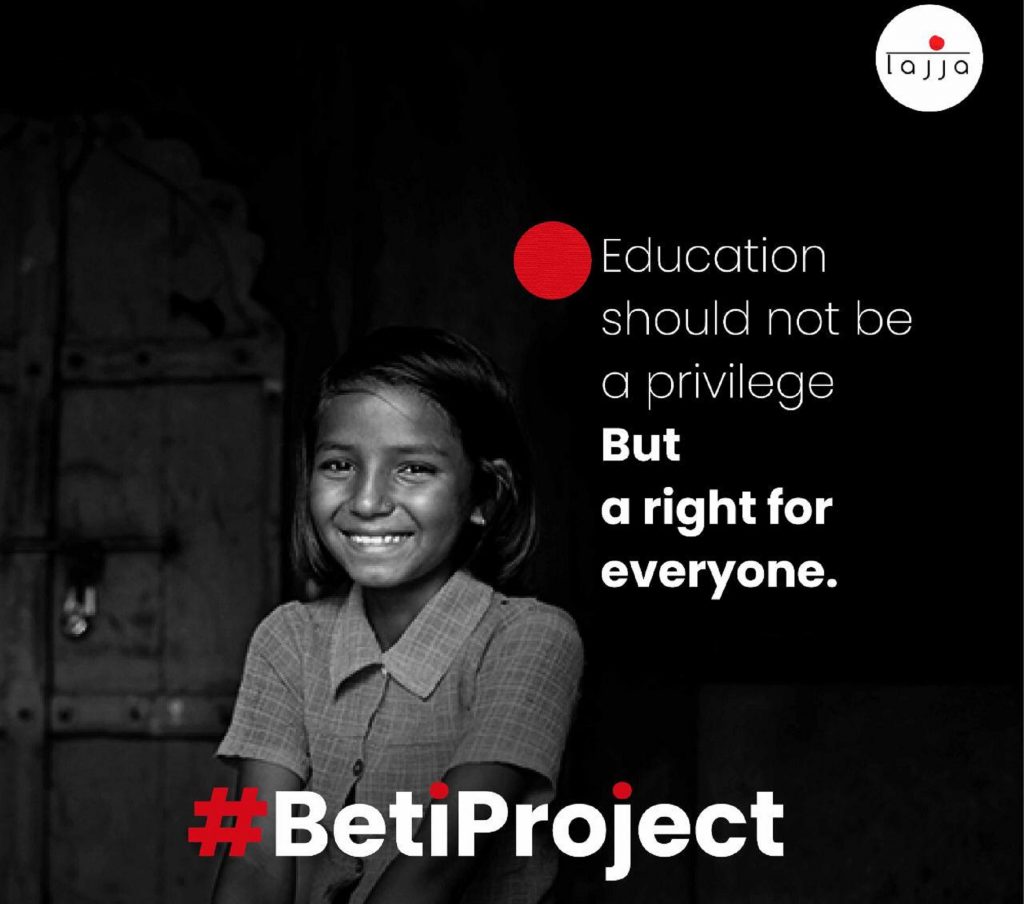 National: When a girl’s education is curtailed, the impact can be felt for generations. To curb this problem and provide an impetus to girl child education, Lajja Diaries has launched #TheBetiProject. This campaign will sponsor girls in India who need basic nutrition, medication, counselling, and education.

Due to extreme taboos, lack of affordable sanitary napkins, unavailability of an appropriate sanitation system, and inadequate school infrastructure, almost 16.8 per cent of girls are forced to drop out of school at the secondary level. The emergence of a deadly pandemic has only worsened this situation. Due to limited smartphone penetration, the education of the boy child is prioritized which has created a huge education gap in society. Today, a mere 12 per cent of girls have access to digital education in comparison to 35 per cent of boys. 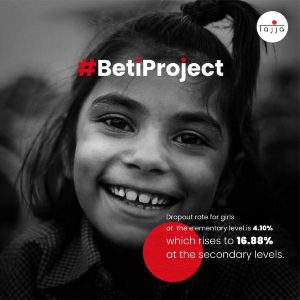 #TheBetiProject aims to help such girls by providing financial assistance so that they can complete their education. This campaign will work in tandem with the Lajja Foundation which works with trainees to facilitate education opportunities in the lives of young girls. The Lajja team works with other women’s rights organisations and networks to ensure that these girls are given the right education material and are empowered to protect their lives and dignity and that of other vulnerable members of their families and communities.

Commenting on the campaign, Anoushka Adya, Director of Lajja Diaries said, “I’m extremely humbled to launch #TheBetiProject as the issue of girl child education is very close to my heart. Education has become a necessity in today’s time. It’s a human right. This campaign will act as a catalyst in our effort to help these young girls who are deprived of this right. The main aim of #TheBetiProject is to empower these young women so that they go on to become independent and are able to sustain themselves in this fast-paced world.”

According to Trisha De Niyogi, Chief Operating Officer, Lajja Diaries, education is the key to give respect and self-reliance. She adds, “Anoushka and I, both have been privileged enough to receive quality education. Our desire is to be able to extend the privilege to more girls around us. Education will be our foremost tool to try and empower girls/women under #TheBetiProject.” Lajja Diaries has been at the forefront of tackling problems that concern women. Through their past campaigns such as #DarkandLovely and #SexismAtWork, the foundation has expressed harsh criticism on the issues of colourism and sexism.