New Delhi: ActionAid Association recently released a report, ‘Towards a Feminist Solidarity Economy: A Study of Women Cooperatives in Four States of India’, supported by the Global Partnership Network, at India International Centre, New Delhi. The report emerges out of a study undertaken in Andhra Pradesh, Bihar, Gujarat and Telangana to assess the role of cooperatives in the empowerment of women socially, economically – through control over their own income, and politically – through voting, participation in local governance and political representation. İt further aims to investigate if cooperatives lead towards empowerment and change in the position of women in the community. It also looks at the issue through the subjecthood of the most dispossessed women.

The report launch programme started with the welcoming of dignitaries and guests by Prem Ranjan, Head of Policy and Research, ActionAid Association, who also set the context in which the solidarity economy is gaining high grounds as a decent livelihood option, which the present research also establishes. The report was launched in the august presence of Savitri Singh, Deputy Chief Executive, National Cooperative Union of India (NCUI), and Dr Varsha Ganguly, Professor, Institute of Law, NIRMA University.

Dr Varsha Ganguly, who was also the principal investigator anchoring the whole research and writing up the report, shared major findings emerging from the study. She shared about the increase in income and savings witnessed by women comprising these cooperatives and the livelihood opportunities created. These women also reported enhanced self-esteem, improved life skills, and increased legal and financial awareness, besides several social and community-level changes.

Calling it a valuable research, Savitri Singh applauded this in-depth multi-state study and its encouraging findings. She also requested ActionAid Association to ensure the reach of this important learning document among communities at the grassroots, through copies translated into local languages. She also assured cooperatives from across the country of her support to help conduct training and set up counters at NCUI fairs to exhibit and sell their products.

Dipali Sharma, Director of Organisational Effectiveness, ActionAid Association, thanked all guests for their participation and input. Addressing the gathering, she talked about the injustices and precarity faced by dispossessed communities, which has just worsened amid the ongoing climate crisis. She also shared how the process of workers becoming owners of their enterprises multiplies the economic and social benefits. Subsequently, she elaborated on ActionAid Association’s efforts from across states focused on promoting not just social but also ecological justice – through social solidarity economy and the engine of cooperatives. 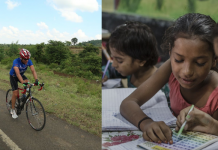 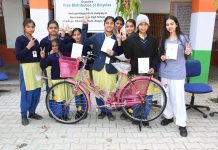 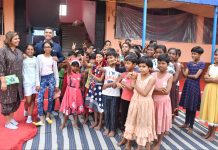 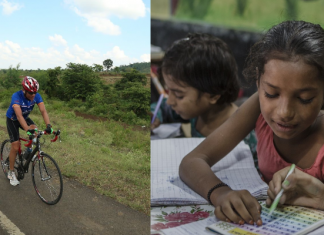