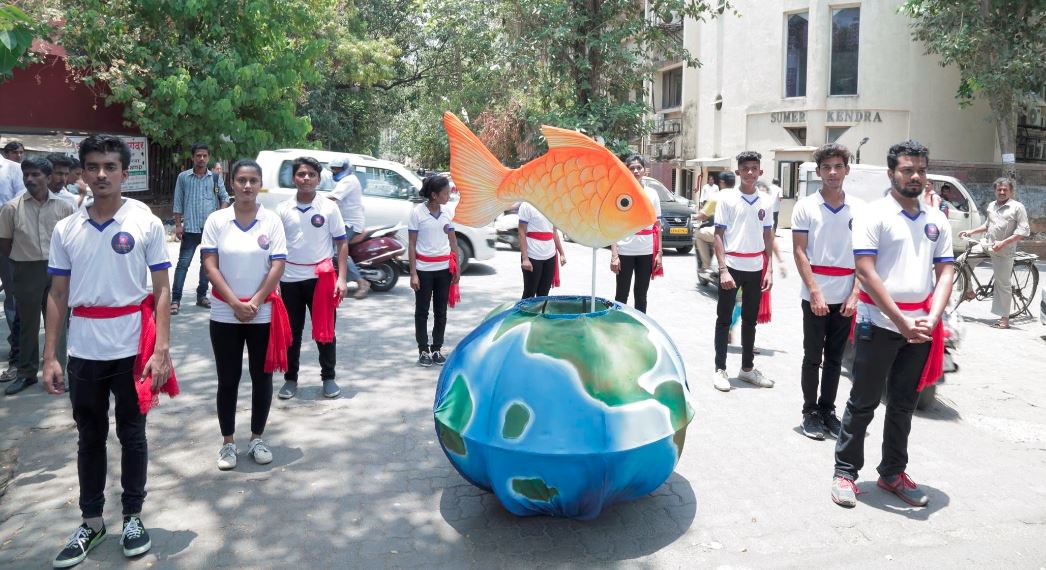 Mumbai, May 30, 2018: The Mahindra Group, in collaboration with Brihanmumbai Municipal Corporation has, as part of its sustainability efforts, undertaken a drive to build awareness about the impact of plastic and to collect plastic waste. More than 15,000 tonnes of plastic waste is generated in India every day, of which, 6,000 tonnes remain uncollected and littered. Mumbai generates 7,500 metric tons of waste every day, of which, nearly nine percent is plastic waste according to a 2014 study. Given the impact of plastic pollution on marine life, World Environment Day this year is themed around “Beat Plastic Pollution”, and India is the host country. Environment forms a critical element of Mahindra Group’s focus from a business and social good perspective. Run across all locations in Maharashtra, this drive was initiated on May 22, and it is set to culminate on World Environment Day (June 5). Over 150 kgs of plastic have been collected by Mahindra Group, which will be shared with BMC (single use). BMC will, as part of the association, collect the plastic and responsibly reprocess it into useful products. Mahindra has also partnered with NGO Goonj towards recycling other forms of plastic. Mahindra Group aims to encourage its employees to give up single use plastic and will reach out to Mahindra employees across the State.

To instill a fundamental behavioural change towards plastic pollution and the environment, Mahindra also educated the local communities about plastic pollution. For this, the Group, under its Rise for Good initiative, also brought on board artistes from Vishwa Cine Productions Pvt. Ltd. to perform a street play at the BDD Chawl. The street play was aligned with the Group’s #ButThisIsNotEnough[Eng] #ButThisIsNotEnough [Hindi] campaign, conceptualised to urge individuals and organisations to bring about a positive change.

Anirban Ghosh, Chief Sustainability Officer, Mahindra Group said, “We enjoy the convenience of plastic bags but must also take note of the havoc it causes to the environment. The destruction of ocean ecosystems, threat to lives of cattle and pollution of public spaces must be stopped. The Government’s ban on single use plastics is thus very timely. Mahindra has partnered with Brihanmumbai Municipal Corporation to enable responsible disposal of existing plastic by our colleagues across the State. Communities across all walks of life must come together for the cause to drive positive change.”

Kiran S. Dighavkar, Assistant Commissioner, BMC said, “We appreciate the efforts being taken by the Mahindra Group in supporting the plastic ban and help in creating awareness towards making  Mumbai a clean city. This is a great source of encouragement. Such associations result in better implementation and outcome. Plastic pollution is a rising concern and BMC needs the support from Corporates and the public at large to address it. Human beings, wildlife, land and waterways are under serious threat due to plastic pollution which has various adverse impacts on their existence.”