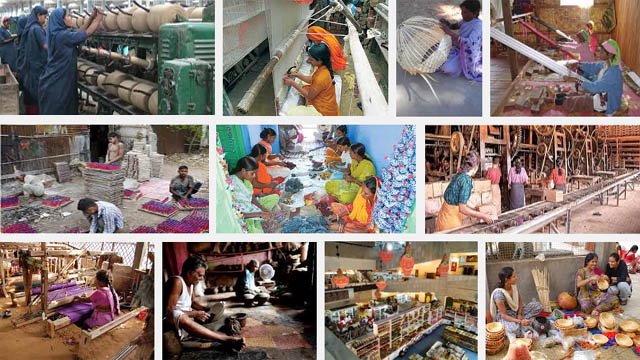 National: In line with the government’s commemoration of 75 years of Indian Independence – Azadika Amrut Mahotsav, Petroleum Secretary Tarun Kapoor inaugurated an initiative by Oil PSUs to support various Art and Crafts in the country and launched the Bamboo Craft project of Madhya Pradesh supported by ONGC, in a webinar organised by National Oil Company Oil and Natural Gas Corporation (ONGC) recently.

As part of a larger initiative, central public enterprises under the Ministry of Petroleum & Natural Gas will take up 75 projects in different districts across the country. ONGC has launched the initiative to revive the struggling handicraft projects and empower the local artisans. ONGC will take up 15 of the 75 projects. The Bamboo handicraft of Madhya Pradesh has been launched on June 11, 2021.

Speaking during the launch, Petroleum Secretary, Tarun Kapoor, said that public enterprises under the Ministry of Petroleum & Natural Gas are doing a commendable job in fuelling the economy as well as bracing up the nation’s rich cultural heritage. I am happy that ONGC is spearheading this initiative to promote the art & handicraft projects of rural India. I look forward to more such initiatives in the coming days.”

ONGC will address the challenges faced by the artisans and the art and handicraft forms, thereby improving the rural livelihoods associated with the handicrafts and handloom sectors. ONGC, in association with local NGOs and forums, is initially undertaking five projects across the country to support the handicraft sector, with an outlay of around 1.3 crore rupees. Speaking during the launch, ONGC CMD Subhash Kumar said, “Oil PSEs have always stood with the community wherever we have an operational presence; these projects along with other flagship initiatives planned as a part of Azadika Amrut Mahotsava, will significantly contribute to a resurgent, Aatmanirbhar Bharat, a vision of our Hon’ble Prime Minister.”

Speaking on the occasion, ONGC Director (HR) Dr Alka Mittal said that the handicrafts industry of India generates over 13,000 crore rupees in export earnings and is a source of livelihood for over six million craftsmen. ONGC will remain actively involved in such initiatives touching lives of people.

The following five (5) projects are being supported by ONGC in the first phase:

Assam Silk: ONGC, along with the North East Development Forum, will facilitate the sustainable development of handloom weavers located in and outside identified handloom clusters of Sivasagar district (Upper Assam) into a cohesive, self-managing and competitive socio-economic unit.