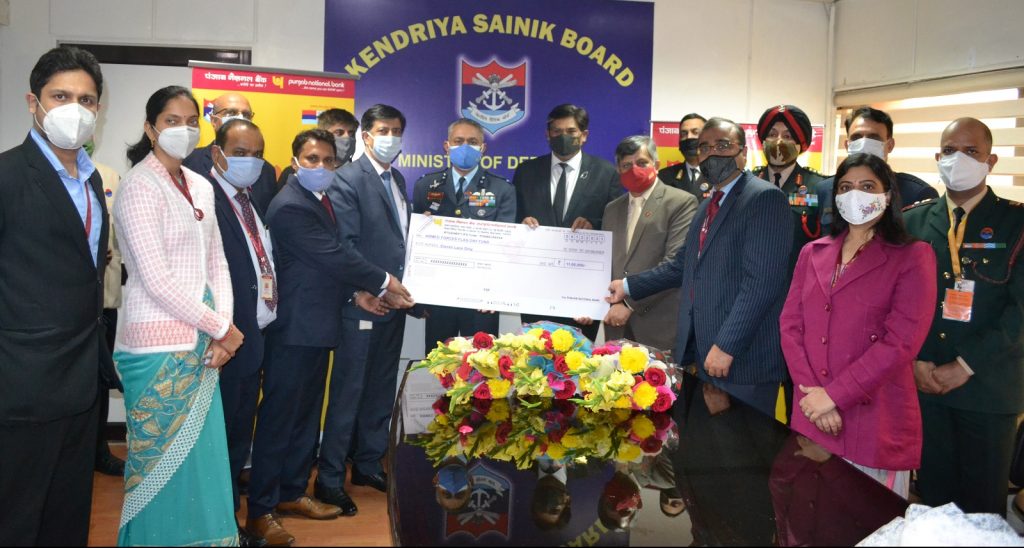 New Delhi: Punjab National Bank (PNB), one of India’s leading public sector banks, announced a contribution of Rs 11 Lakhs towards the Armed Forces Flag Day Fund (AFFDF) to honour ex-servicemen belonging to the country’s three Defence Wings. The contribution is to commemorate and express gratitude for the services rendered by the Army, Navy, Air Force personnel and to provide care, support, rehabilitation and financial aid for war-widows and children of the brave hearts who have laid down their lives and made sacrifices for the country in the line of duty.

Since 1949, December 7 has been observed as the Armed Forces Flag Day throughout the country to honour the martyrs and the men in uniform who valiantly fought on our borders to safeguard the country. The Armed Forces Flag Day Fund (AFFDF) is utilised for extending various welfare schemes to about 37 lakh ex-servicemen/veterans, veer naris, and their dependents through 32 Rajya Sainik Boards of States and 403 district Sainik Boards, under the auspices of the Kendriya Sainik Board.

This time around, Armed Forces Flag Day is commemorated by celebrating the entire month as GOURAV MAAH (Pride Month).

The Kendriya Sainik Board (KSB), Department of Ex-Servicemen Welfare that functions under the Ministry of Defence, is a 111-year-old institution. The welfare of ex-servicemen, war widows, battle casualties and orphaned/dependent children is accomplished by KSB through schemes funded from contributions made by esteemed donors to the Armed Forces Flag Day Fund. In the financial year 2020-21, an amount to the tune of Rs 133 Crore was disbursed under various schemes to 38,000 ESM/dependents.