New Delhi, November 5, 2019: RBS India, the innovation and operations hub of RBS, announced the winners of the 9th edition of the RBS Earth Heroes Awards (REHA), who have made a significant mark in the space of climate change – the theme for the 2019 awards.

The Awards are an attempt to recognise the grit and determination of individuals and institutions who went beyond their call of duty with an aim to preserve and protect our environment. The seven winners were felicitated in the presence of Kishan Reddy, Union Minister of State for Home Affairs; Babul Supriyo, Union Minister of State for Environment, Forests and Climate Change; Prof Ramesh Chand, Member NITI Aayog; Siddhanta Das, Director General of Forests and Special Secretary to the Govt of India., senior officials, awards jury, and guests, for their indomitable commitment to save the planet’s ecological assets.

Chief Guest Kishan Reddy, shared, “Under the UN Sustainability Goals, there is a critical and urgent need for climate change mitigation. By recognising and rewarding those who are working towards this goal of environment conservation, RBS India is creating a value cycle which will urge more citizens to take up greater responsibility to mitigate climate change and conserve earth. I congratulate all the awardees of REHA 2019 and sincerely hope that they continue to inspire more heroes.”

Babul Supriyo said, “I commend the awards organisers and the jury for really seeking out unsung heroes from every nook and corner of the country. The seven award winners this year from forest guards to Members of Parliament, researchers, civil societies and individuals from various walks of life, truly reflect the commitment of India’s citizens to protect our natural heritage”.

N Sunil Kumar, Head of Sustainability, RBS India and CEO, RBS Foundation India, said, “Coming in the wake of the recent UN General Assembly’s Special Session on climate change, and the signing up for ‘Responsible Banking’ at the UN, the Awards serve to demonstrate the stellar contributions these heroes have made in conserving forests, marine life, and other ecosystems for climate mitigation.” 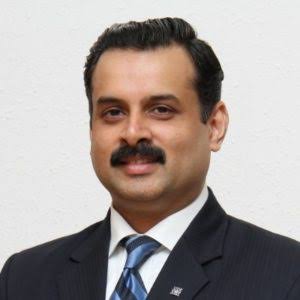 Pankaj Phatarphod, Country Head of Services and Managing Director, RBS India, said, “Climate change is real, and the consequences of climate change and the planet’s depleting natural resources are much closer than we think. It is our duty to protect our planet, not only for us, but for future generations too. The RBS Earth Heroes Awards’ journey has been humbling and inspirational. It allows RBS an opportunity to study and honour individuals and entities for their relentless work in conservation and sustainability. It is, indeed, a privilege for us to be hosting these awards each year. It is important that we recognise these individuals who have taken upon themselves, the duty of protecting our natural heritage, with some of them risking and sacrificing personal assets and wellbeing – it is a true celebration of India’s spirit of public service.”

RBS Earth Heroes Awards were institutionalised in 2011 to provide a national platform to those individuals and institutions that have espoused and undertaken actions to protect our endangered forest, wetlands, and other natural ecosystems. The award winners were selected by an independent jury comprising eminent personalities from conservation science and management, media, and the government.