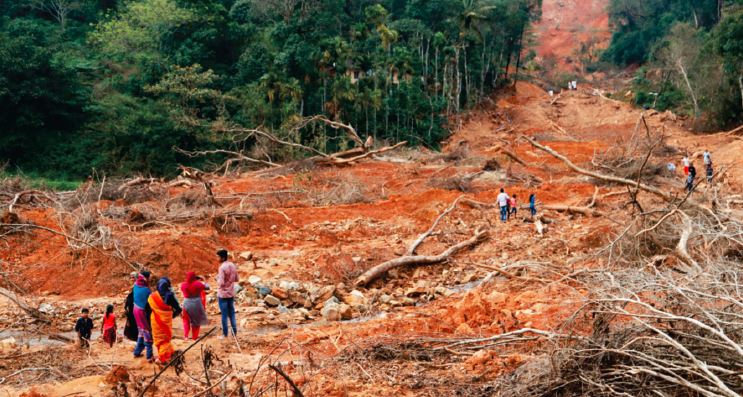 Every year, disasters put millions across the globe at risk and cause trillions in economic losses. The impacts of climate change are only magnifying the frequency, intensity and magnitude of such disasters. According to the UN Office for Disaster Risk Reduction (UNISDR), in the past 20 years, 90 percent of major disasters have been caused by weather-related events such as heatwaves, storms, floods and droughts.

Sustainability is often defined as development that meets the needs of the present without compromising the ability of future generations to meet their own needs.

Our pace of development and our changing climate bode that the future may be unlike anything we have seen in the past. Anticipating risks, being prepared individually and collectively, recovering when hit, and thriving in spite of everything, is the way to move ahead. This is the essence of a resilient society.

The unprecedented impact of the floods in Kerala is the latest example. Extreme rainfall, exacerbated by the discharge of large volumes of water from dams, build-up in low-lying areas and degradation of natural ecosystems caused havoc. Such damage can be minimised by nature based solutions that complement conventional engineering measures.

“The Western Ghats, which have traditionally served as a water reservoir for Kerala and five other States, were the subject of a 2010 environmental protection assessment report which recommended a ban on mining and stone quarrying, and limited various economic activities in the Ghats. However, the report was not implemented and subsequently did not see the light of the day, leading to ignoring the environment and continued exploitation of natural resources and resultant degradation of shock absorption capacity of the catchment areas”

As the humanitarian relief is now complete and Kerala is getting back on its feet, it is crucial to also consider the long-term reconstruction effort that will need to follow swiftly. The crisis must not be allowed to hamper Kerala’s impressive social and economic development. If anything, the reconstruction process should be geared towards allowing for better means of growth, developing the physical, institutional and human infrastructure to facilitate achieving long-term goals. As the Member of Parliament from Kerala’s capital – Thiruvananthapuram, Shashi Tharoor, suggested, five ‘R’s need to be addressed— rescue, relief, risk, rehabilitation and rebuilding. Further, humanitarian and reconstruction interventions must not be thought of independently, but rather as a continuum aiming to rebuild Kerala better. 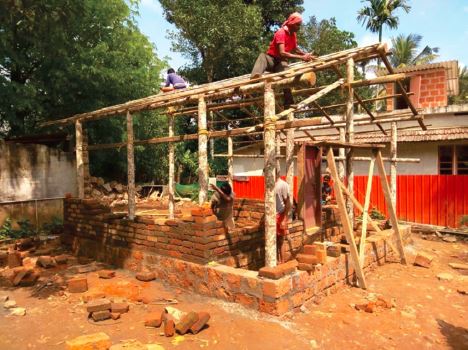 The reconstruction process must consider both existing, but also future environmental needs. Unfortunately, we must consider the possible repetition of such events, with the torrential rains that Kerala has received being only part of a pattern of increasingly violent natural hazards backed by a runaway climate change. A deeper understanding will therefore need to be developed to anticipate the future occurrence of such climatological events, and reconstruction will have to internalise those projections.

Industry pioneers have already gotten into the skin of the matter and some of them agree that the impact of the floods could have been mitigated if prior environmental assessments had not been ignored. For example, the Western Ghats, which have traditionally served as a water reservoir for Kerala and five other States, were the subject of a 2010 environmental protection assessment report which recommended a ban on mining and stone quarrying, and limited various economic activities in the Ghats. However, the report was not implemented and subsequently did not see the light of the day, leading to ignoring the environment and continued exploitation of natural resources and resultant degradation of shock absorption capacity of the catchment areas. It is believed that ignoring these environmental warnings may have contributed to the scale of flooding and destruction that Kerala has seen after a century.

As a country, India does not have any articulate policy on environmental protection from the climate and disaster perspective. Without a clear environmental protocol especially for different regions, there will never be clarity on approval which can be either granted, or denied, within a short period. That said, looking at the environment after such cases is a necessity. An urgent reversal of the trend is crucial — not only for disaster prevention, but also for economic and human sustainability as part of our commitment to the Sustainable Development Goals (SDGs).

Coming back to the discussion on Kerala, where rehabilitation is the task at hand, this is probably the best time to relook at nature to be integrated as away of life. Repair and construction of homes and infrastructure should thus look beyond reconstruction the way things were, but to build according to where we want to go. The first step would be to study past experiences around the world and avoid common mistakes that would curtail Kerala’s Path to development, while closely studying the situation on the ground before and after the floods to devise suitable pathways forward.

“As a country, India does not have any articulate policy on environmental protection from the climate and disaster perspective. Without a clear environmental protocol especially for different regions, there will never be clarity on approval which can be either granted, or denied, within a short period”

As part of the recovery phase, it is vital to focus on environmental and ecological aspects, and hence, nature-based solutions appear as a priority in the programme development. Nature-based solutions refers to the sustainable management which is inspired and supported by nature and are cost-effective, simultaneously providing environmental, social and economic benefits and help build resilience to tackle socio-environmental challenges such as climate change, water security and quality, food security, human health, and disaster risk management.

To use nature-based solutions effectively in a context like Kerala, some key aspects to be considered: 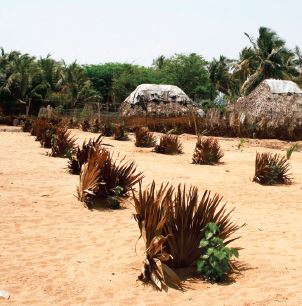 Landslides in various parts of Kerala were a major cause of destruction during the floods that took place. The incidents in districts like Wayanad and Idukki wiped out a number of houses and took a large share of the lives lost in the disaster. Landslides in Kerala are a result of deforestation, erosion, run-off as well as narrowing of buffer zones between slopes and hamlets. Taking this issue into consideration, while engineering-based solutions such as retaining walls are technically and financially unviable, green slope stabilisation using geo-fibre, fast growing and deep root plantation such as vetiver grass, and subsequent propagation of native species of trees is necessary for times to come. These nature-based solutions are not only environmentally very suitable and sustainable, but can also be implemented widely through community participation.

2. Stabilisation of embankments to avoid breaches 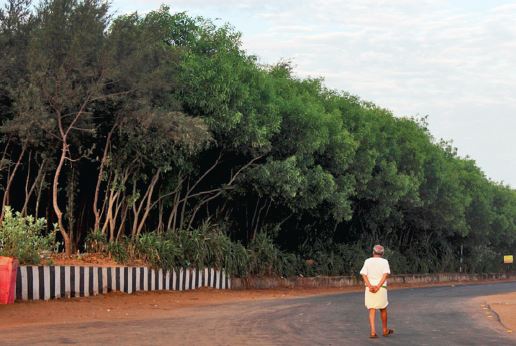 The torrential rainfall brought along with it a sudden change in the course of water flow, leading to a number of hamlets getting hit during that time due to breaching of low earthen embankments. Taking the case intoregard, appropriate pitching of embankment slopes, ensuring that there is no scouring at their bases, and plantation to avoid erosion and disintegration can help strengthen them and avoid such incidences in future. Additionally, there would be added benefits from native and fruit bearing plantations along embankments.

“Mangroves are very effective in mitigating the impact of storm surges and tsunamis, while native fruit-bearing trees are said to form very effective buffer plantations both forcoastal as well as inland habitations. This approach has proved to be very effective during the 2004 tsunami and a number of other disasters” 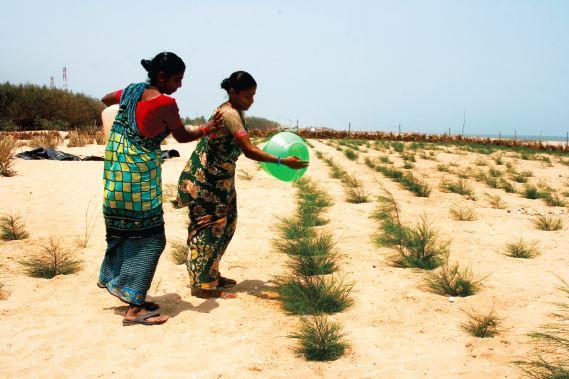 A major problem during and immediately after the floods has been the contamination of water. All wells in the affected areas are contaminated land while there is water all around, it is not drinkable; making the situation absolutely dire. Adding on to these woes are the ongoing news that one hears on leptospirosis outbreak in the flood-affected areas. In such a situation, the people who have battled one of Kerala’s biggest catastrophes are surviving without proper drinking water and sanitation. Hence, looking back at nature and installing water harvesting, filtration and storage systems both at community and household levels can ensure that during cyclones and heavy rainfall, sufficient amounts of water is collected that can be used in the following days while contaminated sources are cleaned. 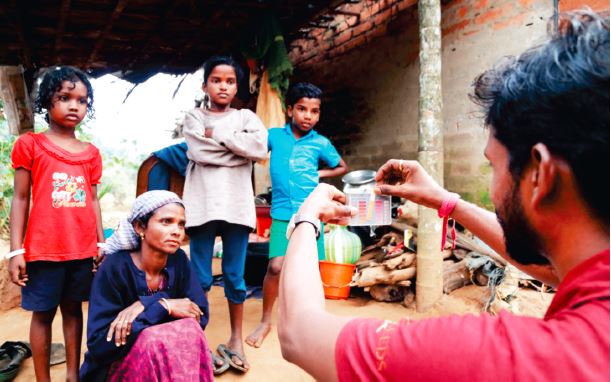 No matter how much we progress in the field of technology to initiate disaster mitigation processes which are sustainable and scalable, the actual tricks lie with nature. For example, mangroves are very effective in mitigating the impact of storm surges and tsunamis, while native fruit-bearing trees are said to form very effective buffer plantations both for coastal as well as inland habitations. This approach has proved to be very effective during the 2004 tsunami and a number of other disasters. Community-based approaches to generate and maintain such plantations are proposed as a resilience feature using nature as atactic. 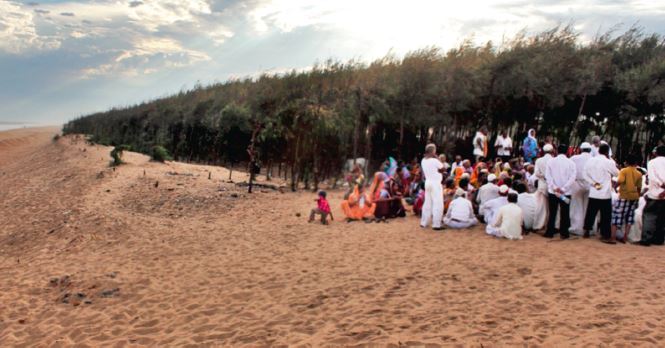 While the above discussed pointers with nature in the background are necessary, a holistic land-use planning approach for towns and villages that includes risk assessment and informed planning is of prime importance to lower the impact of disasters in the future. Shelter reconstruction, infrastructure development, lifeline buildings like schools etc., can be effective long-term tools for safe development and disaster resilience. With strong panchayats and community engagement potential, Kerala can set a model for such an approach. The interest is also presently very high in local communities of the affected areas to do this.

Natural hazards are beyond our control. There is nothing we can do to stop them from occurring, but we can surely minimise the damage caused by taking appropriate steps before and after the event. Nature can provide cost-effective, no-regret solutions to disasters, complementing conventional engineering measures reducing risks from disasters. However, investment in natural infrastructure is under-explored in policies aimed at reducing risk. It is important for good policy to be developed to increase future readiness, taking into account projections of similar disasters while concurrently upgrading the services and infrastructure to increase the quality of life of every Keralite.