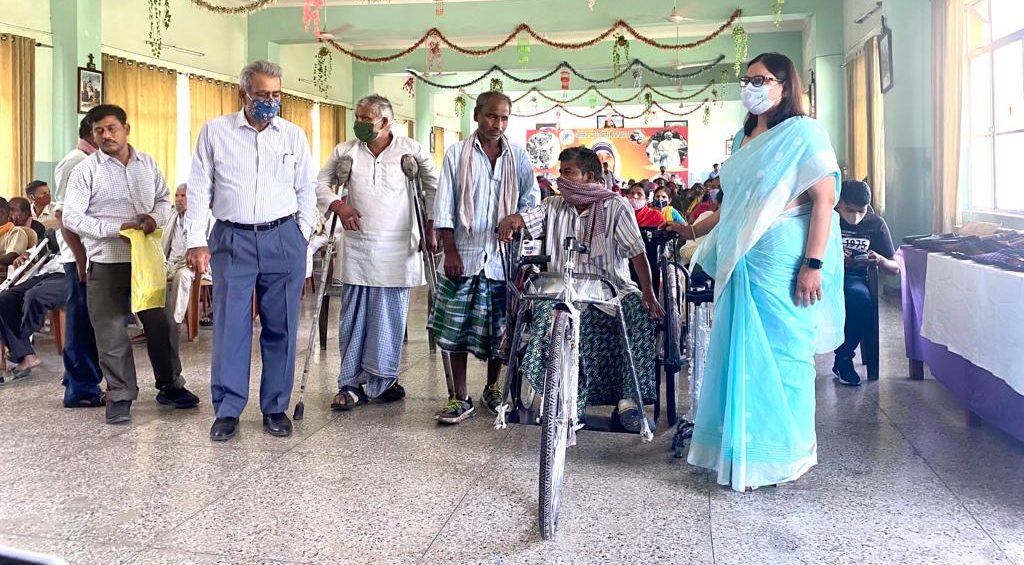 The COVID-19 pandemic resulted in a lot of multi-dimensional challenges for leprosy patients. Their supply of medication was disrupted, many lost their livelihoods, they did not have access to food or medical care, making their living conditions worse than what it already was pre-covid for this most neglected section of our society. As a result, they did not receive timely treatment and their conditions deteriorated. The pandemic halted and to some extended unraveled a lot of the work done in controlling the disease.

Dr. Ritu Chaudhary State Leprosy Officer Delhi said, “First and foremost, I want all patients and their families to know that the treatment of leprosy in India is completely free. Many times, patients leave their native areas and travel long distances for treatment. That is not needed. You can seek treatment at the nearest government hospital or dispensary free of cost. Recently I have joined as state programmed officer Delhi and realised one major challenge which lies before us is the eradication of leprosy even though the number of cases declining. Low cases mean people become slightly complacent and this should not happen at any cost. They must be aware of the difficulties leprosy patients face – in terms of employability, treatment, and management of the disease. Keeping this in mind, I want to congratulate all the partners here for the work they are doing via the leprosy control project. The distribution of relief material will prove to be effective in managing the disability and disease burden. To all the patients here, I request you to actively spread information and awareness around leprosy so that it can be caught early in your families and so that elimination becomes a possibility.”

PDG Deepak Kapur, Chairman, Rotary Club Alliance for Leprosy Control said, “Leprosy is a progressive condition which is physically and emotionally debilitating. If untreated, it can result in physical deformities. Patients often require around the clock medical support, and therefore the work being done by the Rotary Club of Delhi South and partner Rotary Clubs, Lepra and ACRE at the Mother Teresa Home is of vital importance. The Mother Teresa Home has led the way with respect to leprosy control, management and rehabilitation in Delhi, and the support being provided by the Leprosy Control Project will only further the ability of the organization to continue positively impacting Leprosy patients, their families and the larger community.” 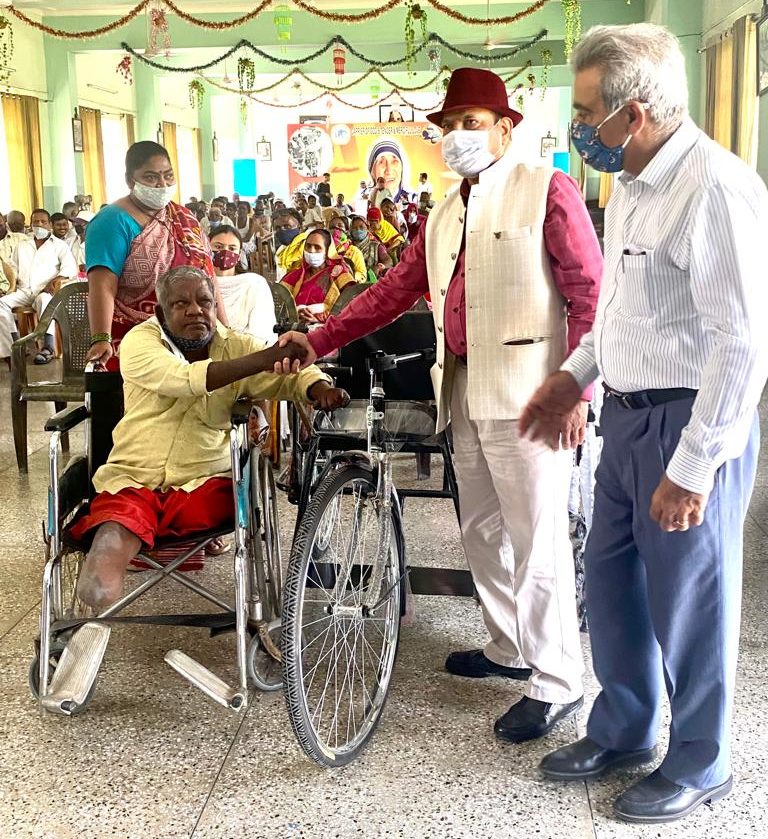 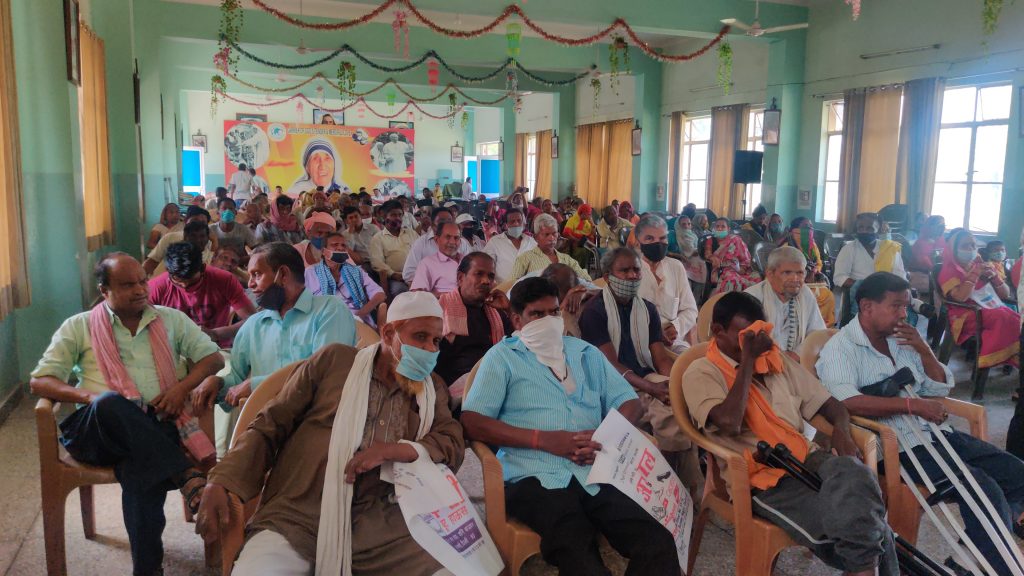 Pradeep Bahri, CEO Rotary Club Alliance for Leprosy Control said, “Patients of leprosy are often discriminated against and many of them do not seek treatment due to the stigma attached to the condition. There is a lot of misinformation regarding leprosy, particularly with respect to its perceived incurability, making the plight of the patients deplorable. It is of immense importance that the right information reaches the public and we will continue to endeavor to do so through our awareness activities and relief interventions.”

Zeenat, a leprosy warrior, said, “I found out about my condition very late and it because of it I have had to get operated on my hands and feet. I am in pain. We face a lot of trouble as leprosy patients. We are often cast out from our homes and discriminated against in society. I just wanted to take a moment to thank you all for the work you are doing in sporting us. I hope you continue to work with the same zeal. I leave you all with one message – If you stay at home and do nothing, then most definitely nothing will happen. However, if you get out there and try, you might just find success. Always remember, if you put your mind to something, you can make things happen for you.”

Mohd Shariq Malik, Head, Corporate Social Responsibility, Assets Care and Reconstruction Enterprise Ltd (ACRE), said, “The lack of knowledge and information among citizens, inadequate access to healthcare services is one of the main challenges with respect to leprosy control in India. Our work has been designed to bridge this gap so one day India can declare itself leprosy free.”

As a part of the Leprosy Control Program, Rotary Club of Delhi South along with its partners, installed solar panel support in two Leprosy colonies, saving families from expenditure on electricity bills. Additionally, 37 physiotherapy camps have been conducted in various Leprosy Colonies and palliative care, physiotherapy, self-aid kits, protective/special footwear (called MCR footwear, made of microcellular rubber) has been provided. 6 training camps and have been undertaken to facilitate capacity building. We have also held several Information Education and Communication session across Delhi all through the year and have enhanced our efforts on this front since January 2022. Amid the pandemic, lunch support has been provided in two leprosy colonies all through 2020 and since August last year and the Rotary has distributed blankets to families in various leprosy colonies in 2021 and 2022. 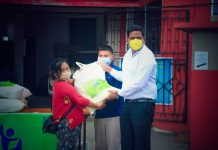 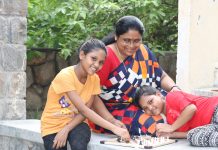 SOS Children’s Villages of India and SHEROES: Empowering the Mother Crucial for Wholesome Childcare And Development 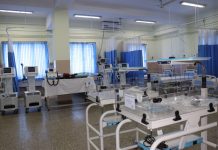 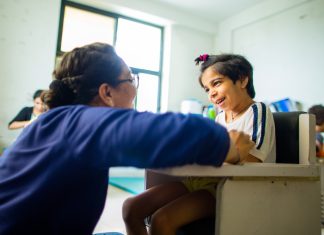 May 17, 2022
Madhuram Charitable Trust was launched in 2019. It works on the cross-cutting theme of disability, children with physical, intellectual and congenital disabilities, and adolescents...