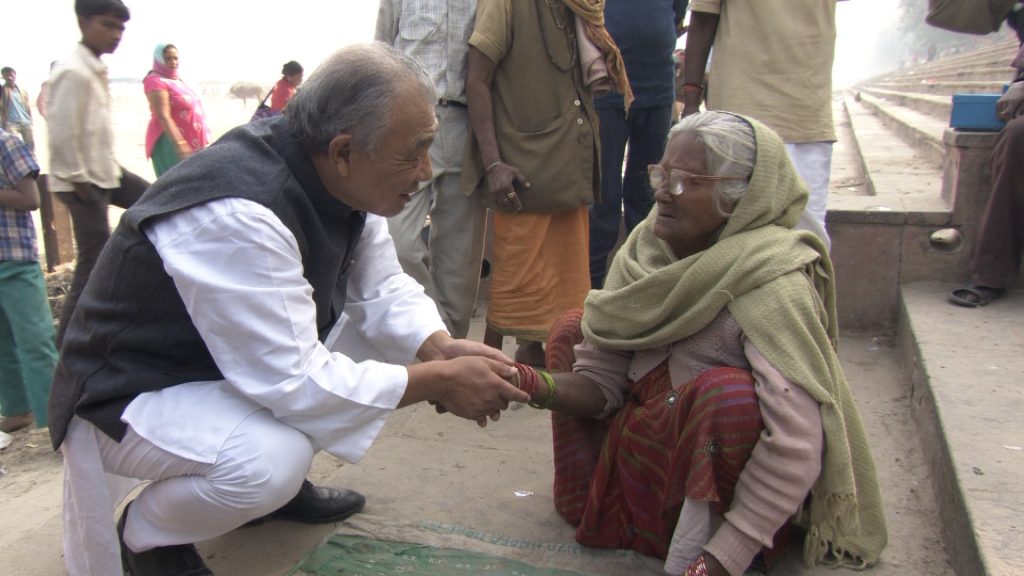 New Delhi: Thirty years ago this month, the World Health Assembly (WHA) adopted a resolution to eliminate leprosy as a public health problem. Today, as the 74th WHA gets underway, WHO Goodwill Ambassador for Leprosy Elimination, Yohei Sasakawa, is urging countries not to overlook leprosy amid the global coronavirus pandemic and aim for zero leprosy.

The resolution adopted at the 44th World Health Assembly in 1991 called for the elimination of leprosy as a public health problem at the global level by the year 2000. “Elimination” was defined as reaching a prevalence rate of the disease of less than 1 case per 10,000 population. This was achieved globally by the end of 2000 and almost all countries have since replicated that success at the national level.

Leprosy is not yet a disease of the past, however. Each year, around 200,000 new cases are reported and there are still endemic areas and scattered hot spots of leprosy in many countries. Some 3-4 million people are thought to be living with visible impairments or deformities due to leprosy, while stigma and discrimination towards those with the disease persist.

In April, the fight against leprosy entered a new phase with the launch by the WHO of “Towards Zero Leprosy: Global Leprosy (Hansen’s disease) Strategy for 2021-2030”. The targets include zero leprosy patients in 120 countries and a 70 percent decrease in new cases detected globally by 2030.

Yohei Sasakawa, who has visited over 100 countries since first being appointed Goodwill Ambassador in 2001, welcomes the new strategy and believes it will accelerate momentum towards a leprosy-free world. But he cautioned: “These are ambitious targets, so commitments from national governments will be required if they are to be achieved. I realise these are challenging times, but we mustn’t allow leprosy to be overlooked amid COVID-19.”

Noting that the impact of the coronavirus pandemic has been particularly hard on already-marginalized communities such as persons affected by leprosy, Sasakawa said this underscored the needed to tackle the social and economic consequences of leprosy. For that reason, he hailed the focus on combating stigma and ensuring respect for human rights in the new global leprosy strategy.

“Tackling discrimination is as important as curing the disease if we are to truly achieve a leprosy-free world. Key to this will be the full implementation of the UN principles and guidelines,” he said, referring to principles and guidelines accompanying the landmark 2010 UN General Assembly Resolution on the elimination of discrimination against persons affected by leprosy and their family members.

Goodwill Ambassador Sasakawa, who has been involved in efforts against leprosy for nearly half a century with The Nippon Foundation, the Japanese nonprofit grant-making organisation he serves as chairman, said the 30th anniversary of the WHA resolution on eliminating leprosy is an appropriate moment to recall the spirit that brought countries together in a sense of common purpose against leprosy.

“Armed with the new global strategy, let’s join together once again and redouble our efforts to defeat this disease, which has been a common enemy of humankind for millennia.”