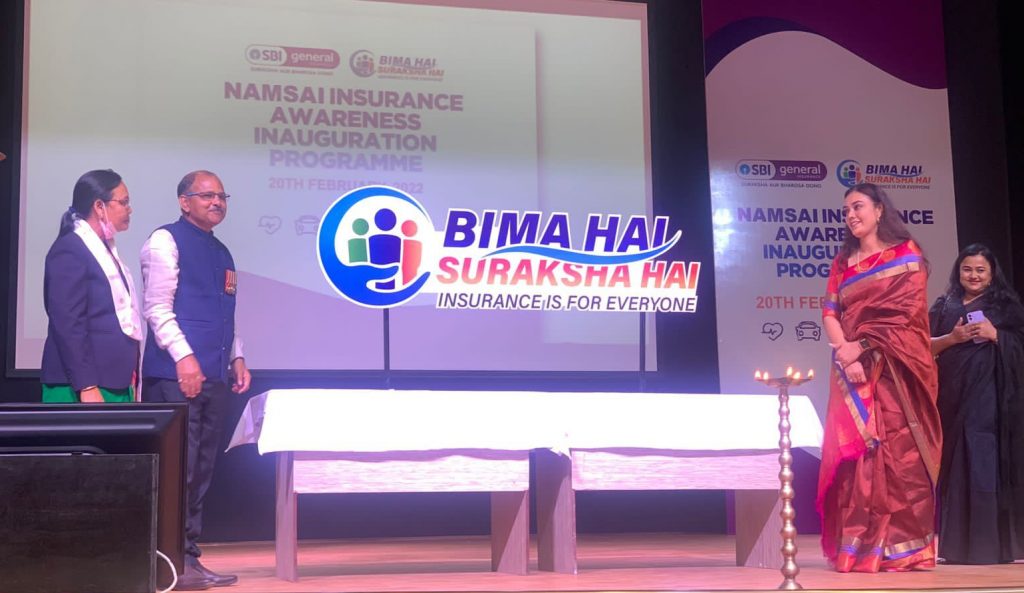 SBI General has been the lead insurer to take up the campaign to drive insurance awareness in selected and suggested regions by IRDAI. According to www.namsai.nic.in, Namsai in Arunachal Pradesh is the second least populated region with a population of 95,950 and 54.24 per cent literacy. Recognising that understanding of financial planning and insurance could be boosted in the region, SBI General aims to drive awareness and strengthen insurance penetration in Namsai through initiatives across various local touchpoints. The year-long awareness campaign has been designed with a four-pronged approach. The campaign that has been kickstarted with an inaugural session will be followed by various activities including nukkad natak, school contact programmes, engagement programmes in Mandis/Panchayats, and many other activities.

PC Kandpal, MD & CEO, SBI General Insurance said, “SBI General is glad to take up the drive to spread insurance awareness in Namsai – the 18th district of Arunachal Pradesh. We started this insurance awareness drive from Ri Bhoi District, Meghalaya, and with the success of the activities, we are happy to host the launch event and kickstart similar activities in Namsai. Our goal is to ensure that every household in the region is educated about the benefits of ‘insurance’ and understands the need to build a secure future. SBI General Insurance will remain committed towards nation-building and support insurance penetration through such initiatives.”

The Insurance Awareness launch event at Namsai was attended by Namsai dignitaries and local communities.