Over the last decade, India’s strong growth has increased employment opportunities and allowed millions to emerge from poverty, but it has clouded environmental health and taken a heavy toll on our natural resources. Environmental risks are wide-ranging, driven by the growing size and diversity of its economy and are inspired by both prosperity and poverty.

In a recent environmental survey of 178 countries whose environments were surveyed, India ranked 155th overall, and almost last in air pollution exposure. The survey also concluded that India’s environmental quality is far below all BRICS countries [China (118), Brazil (77), Russia (73), and South Africa (72)].

Another WHO survey, across the G-20 economies revealed 13 of the 20 most polluted cities are in India. Poverty remains both a cause and consequence of resource degradation: agricultural yields are lower on degraded lands, and forests and grasslands are depleted as livelihood resources decline. To add to this woe, the poor are compelled to mine and overuse the limited resources available to them, creating a downward spiral of impoverishment and environmental degradation.

So as we are trying to pull ourselves out of poverty and increase growth, we are paying the price of worsened air and water quality apart from depleting our natural resources and other environmental gifts. We have posted victories over our poverty, yet our country needs to take big and significantly visible strides in bringing its land and skies under the global standards of environment sustainability.

“Rivers and other waterways are getting increasingly polluted due to the excessive dumping of wastes into them. This has led to poor water quality for consumption”

One of the key environmental issues facing India is heavy dependence on fossil fuels which emanate particle pollution from the combustion of these fuels. This has serious health consequences, and with the rapid growth in the economy, the impacts are increasing. While economic growth is imperative, it is interesting to note that pollution reduction measures actually could additionally aid economic growth.

Using an established Computable General Equilibrium model, it is understood that impacts of a tax on coal or on emissions of particles that the instruments using coal as fuel result in:

Four Crucial Functions of the Environment:

Life Sustainer: The environment comprises abiotic components that aid the living of biotic components. This applies to human life as well. In the absence of elements such as air, water, land, etc., there would be no life on the planet.

Aesthetic Value: The environment adds aesthetic value to life. The mountains, oceans, seas, landmasses and other scenery of the environment enhance quality of life. Rivers and other waterways are getting increasingly polluted due to the excessive dumping of wastes into them. This has led to poor water quality for consumption. 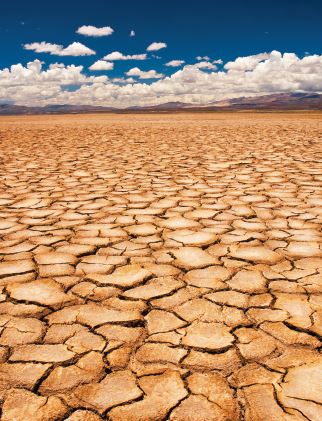 Global Warming: Indiscriminate breaking down of mountains, infrastructure and agricultural expansion, logging, over population etc., are leading to deforestation; burning of coal and petroleum as fossil fuels have led to global warming and frequent occurrence of natural disasters. Excessive use of nonrenewable resources has not only depleted their reserves, but also led to atmospheric pollution. There is a gradual increase in the lower atmosphere of the earth, and release of greenhouse gases like carbon dioxide into the atmosphere. These gases can absorb heat and thus contribute to global warming and melting of ice caps.

“Model simulations suggest that policy interventions such as taxes on environmental destruction and use of natural resources could potentially be used to yield positive net environmental and health benefits with minimal economic costs. This needs tremendous vigilance, moral responsibility for each citizen, and immediate reporting of non compliance with the norms”

Ozone Layer Depletion is yet another phenomenon observed in the earth’s stratosphere. The main cause is due to the release of chlorofluorocarbons (CFCs) into the atmosphere resulting in the earth getting more and more exposed to the ultraviolet rays of the sun which in turn are harmful to human health and are known to cause skin cancer. They also affect the growth of aquatic and terrestrial plants.

Green growth is necessary. With cost of environmental degradation at US $80 billion annually, or equivalent to 5.7 percent of GDP (recorded ten years ago), environment could become a major constraint in sustaining future economic growth. In fact, it may be impossible or prohibitively expensive to restore and reconstruct later.

Green growth is affordable. Model simulations suggest that policy interventions such as taxes on environmental destruction and use of natural resources could potentially be used to yield positive net environmental and health benefits with minimal economic costs. This needs tremendous vigilance, moral responsibility for each citizen, and immediate reporting of non-compliance with the norms.

Green growth is desirable. For an environmentally-sustainable future, India needs to value its natural resources and ecosystem services for which better and informed policies and decision-making is required as India is a hotspot of unique biodiversity and ecosystems.

Green growth is measurable. Conventional measures of growth do not adequately capture the environmental costs. Therefore, it is imperative to calculate Green Gross Domestic Product (GGDP) as an index of economic growth with the environmental consequences factored in.

To understand the impact of economic growth and development on the environment, we need to be aware of the concept of sustainable development as an alternative solution. Resources are limited and therefore, their over utilisation is leading to their extinction. The waste generated is also exceeding the absorptive capacity of the environment. 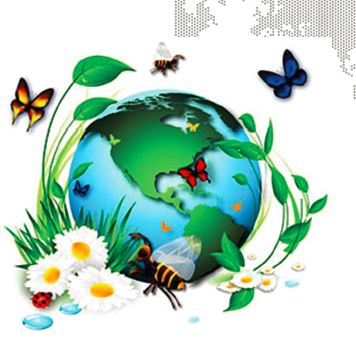 Solar energy is an effective alternative that we can harness using photovoltaic cells. It is less costly and environmentally-friendly and does not impact the environment adversely. A shift to wind energy is also an option. Setting up windmills in areas with high-speed wind can help convert the natural resource into electricity for commercial or household usage. Another effective solution can come through the use of natural manure or bio-compost as a substitute for chemical fertilisers. This helps avert soil erosion and soil pollution. Subsidised LPG as a fuel in rural areas and CNG as a fuel for vehicles in urban areas could lead the way forward.

“Only when the severity of the situation and a moral responsibility towards forthcoming generations is understood well can we act upon our agenda of working towards creating a sustainable environment seriously. The work has started, but we need to accelerate the process, and time is running out”

Pollution Control: Air, water, noise, soil are some of the major forms of pollution plaguing the environment today. Pollution control boards can be set up or regulatory standards must be enforced to keep pollution within the lowest levels.

Forest Conservation: Increased industrialisation has come at the cost of deforestation. The implication of such actions is that the ecology is significantly affected. Afforestation measures need to be taken, and forest conservation regulations must be seriously implemented.

Waste Management: This must be carefully managed in urban areas. Methods of composting and separating non-biodegradable wastes have to be used rigorously.Reuse and recycling must be imposed with complete banning of plastic use for shopping and other such activities where alternative methods could be used. Rural waste has the potential of being used as natural manure by converting it into compost, and this has to be taught and encouraged as community activities.

Water Management: Rainwater harvesting and conservation of water can help with the long-term potent problem of scarcity of water. India has only a few glacial rivers; the rest of the rivers and water bodies are seasonal; hence, water has to be used with care. Groundwater recharging is yet another method of conserving and raising water levels in dry and arid areas.

Implementation of Policy Programmes : Enactment of environment-centric acts and policies is not enough; their effective implementation and careful observation are what will actually make a difference to environmental conservation efforts.

The rest of the change can come majorly through increased awareness and consciousness. Only when these verity of the situation and a moral responsibility towards forthcoming generations is understood well can weact upon our agenda of working towards creating a sustainable environment seriously. The work has started, but we need to accelerate the process, and time is running out. South East Asia, Africa and even the Middle Eastern countries are facing these problems. Yet India’s ranking is still at the lower end of the index. We need to move faster.