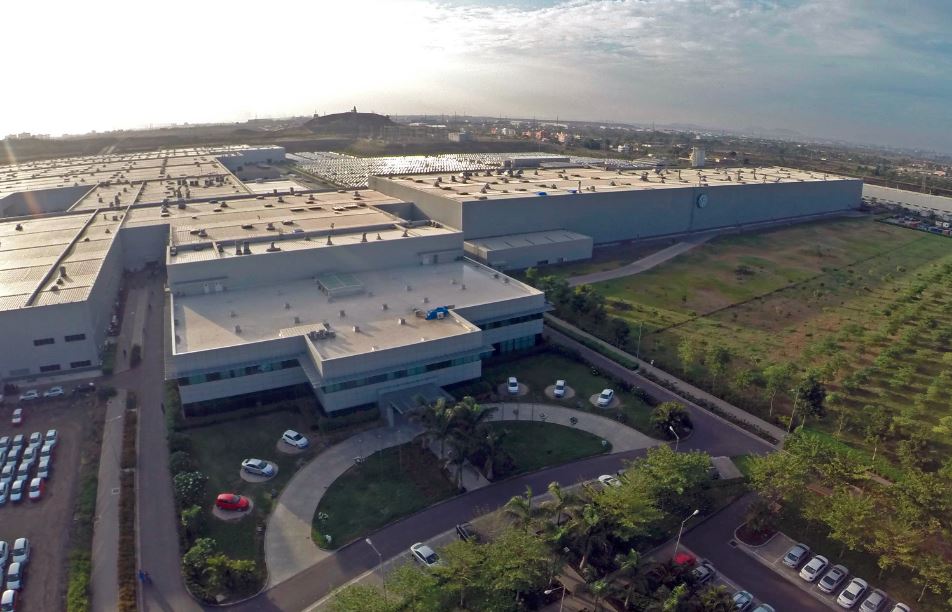 Volkswagen is committed towards environment-friendly manufacturing at all its production sites worldwide. To achieve this, ‘Think Blue. Factory.’ programme was initiated. This programme measures impact of manufacturing on environment in five key areas: energy consumption, CO2 emissions, water consumption, waste generation and solvent emissions and aims at achieving a reduction of 45 percent by 2025.

Dr. Andreas Lauermann, President and Managing Director, Volkswagen India Private Limited said, “At Volkswagen, we not only believe in manufacturing great cars but also focus on how we manufacture them. Our aim is to produce cars in the most environment-friendly way.” He further added, “Our teams at the Plant have been working relentlessly over the past six years since we adopted this strategy and have delivered excellent results. We will continue our endeavour in this direction in the coming years too, and hope to achieve the final goals long before 2025.”

The specific results (reduction per car produced) at the Volkswagen Pune Plant by the end of 2017 as compared to the base values from 2011 are:

The journey for the Volkswagen Pune Plant towards eco-friendly manufacturing has involved implementation of a lot of measures in all areas of production as well as offices. One of the major projects under the ‘Think Blue. Factory.’ programme at the Pune Plant that has yielded sizeable results in 2017 is the one where heat is recovered from exhaust gases. The exhaust gases from primer oven in Paint Shop are being tapped and the energy from these gases is being used to heat ambient air supplied to air supply unit in the paint booth – a classic case of recycling energy that is otherwise lost. Other measures adopted at the Volkswagen Pune Plant in 2017 include optimisation of lighting consumption in the Paint Shop, replacing tube lights with low consumption LED lights, replacing old equipment with low-consumption modern equipment and adopting energy-efficient production processes.

In the past years, various other projects have been implemented in the plant that has contributed to the combined result seen at the end of 2017. Some of these projects include a Biogas Plant for food waste generated in the canteens, Single Stage Base Coat Application during painting process for reducing solvent emissions, installation of High Volume Low Speed fans and optimisation of electrical equipment operations for lower energy consumption, replacement of water faucets with more efficient ones and reuse of waste water in the production processes to reduce plant’s water consumption and several more similar projects.

Volkswagen has also established a global knowledge-sharing platform wherein each of its plants shares its best practices for other plants to adopt. In this manner, every other factory is able to innovate ways of eco-friendly manufacturing and also use knowledge from others. Furthermore, Volkswagen Pune Plant has lined up projects for 2018 to make it even more efficient in terms of its effects on the environment. Several ideas are under evaluation for implementation all the way till 2025, which will eventually help the Company in achieving the ultimate goal of 45 percent reduction.