New Delhi, March 19, 2020: On the anvil of the World Water Day on March 22, 2020, World University of Design (WUD) – India’s first and only university dedicated to education in the creative domain unveiled a report on “Cities with the Best Water Designs”. The shortlisted cities have adopted design as a strategic element in innovation processes to solve the water crisis looming at large. They are some of the most interesting urban projects that manage, protect and conserve water supply. It is a successful attempt on their behalf to design a comfortable way of urban life in times of crisis.

By 2025, two thirds of the world’s population may face water crisis and by 2030, water supply may be outstripped by 40 percent, as has already been the case observed in various cities of India. It is expected that by 2050, 75 percent of the population in India will be living in cities. Therefore, solving water problems specific to metropolitan areas is crucial.

World University of Design is the global University offering one of the largest portfolio of design courses in India which includes over 30 cutting-edge programmes based on transportation design, product design, game design, film and video, Digital Drawing and Illustration, built environment and habitat studies, design management, art education and curatorial practice among others. WUD is the youngest university to get ERASMUS+ grant which will provide a pathway for students to study in European Union countries thereby giving the students the exposure they rightly deserve. It is also a member of Cumulus, the international association of universities and colleges of art, design and media that has over 160 member universities in 60 countries. 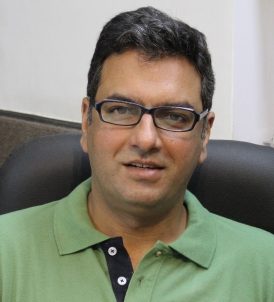 According to Dr. Shaleen Sharma, Dean, School of Architecture, World University of Design, “As we approach World Water Day on March 22, it is time to seriously introspect on the importance of efficiently designing and managing our water resources in urban city planning. Smart Cities are the need of the hour. Water Sensitive Urban Design (WSUD) while designing smart cities will help in building resilience to climate change as well as improve liveability and aesthetics of smart cities.”

Cape Town, South Africa: Cape Town has been internationally recognised for its efforts in water management. Over the past 15 years, the city has managed to reduce water use by 30 percent, despite a population increase of 30 percent over the same period. The city’s water conservation programme has a two-pronged approach: persuading people to use less water and deploying the latest technology to use water efficiently. The city has adjusted the water pressure to reduce wastage, replaced old pipes, improved leak detection, carried out extensive repairs and improved the management of water meters.

Beira, Mozambique: Beira is a port town on the Pungwe River at the spot where the river meets the Indian Ocean. With some help, the city has created Beria 2035, a master plan to tackle the urgent problem of urban storm water which has repeatedly caused flooding and soil erosion. Plan comprise of coastal protection measures besides expanding the drainage canals network and construction of a retention basin.

Lima, Peru: Lima is a desert city with very scanty rainfall. It therefore depends on the glacial melt waters, which according to experts will be gone in another 40 years. In 2007, Lima’s public officials wisely decided that to cope with severe water shortages, they needed the urban population to be tuned into those issues. The Ministry of Housing, Construction and Sanitation together with the World Bank’s water and sanitation programme aims to promote water saving, cultivate willingness to pay proper water tariffs and make people more environmentally aware.

Bangalore:Bangalore is the third most populous city in India. Nearly 450 lakes are the source of water to nearly 10 million people. Bangalore city is making lot of efforts to revive these lakes so that water percolates down into underground aquifers that keeps the neighbourhood wells across the region nourished. For this initiative, it won a UN award in 2012. Additionally, it has four major reservoirs on the Cauvery stretch; it is pushing for rainwater harvesting and water recycling and is moving to protect the catchment forests in Kodagu and Hassan. 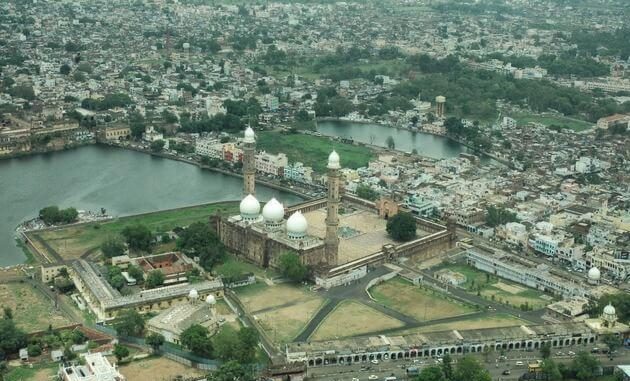 Bhopal: This Smart City is being developed on the concept of Green and Blue Master Plan. According to this, the green and blue cover of the city will be conserved. This would mean creation of urban forests and their management and managing water resources wisely. For example, Decentralized Wastewater Treatment System (DEWATS) ensures that the sewage is treated at source and reused. Rooftop Rainwater Harvesting (RRWH) is launched to create awareness among people about the need and importance of rainwater harvesting. 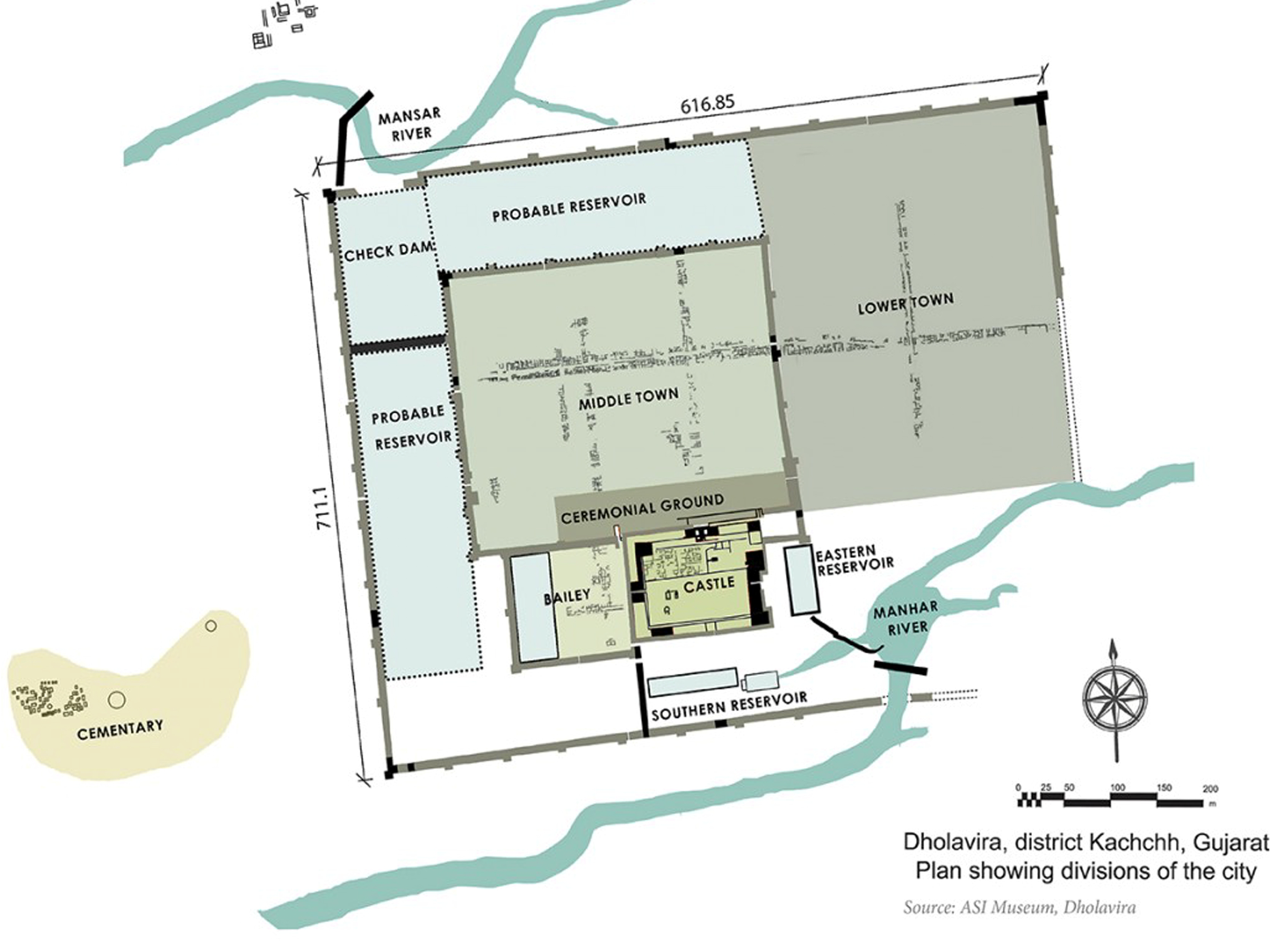 Dholavira, Gujarat: The Indus Valley civilisation, even in its ruins, stands as a testimony that water was/is quintessential for existentiality. It has been widely believed by many scholars that water for sustenance and trade formed an integral part of ‘city design’ in Dholavira. Dholavira had a close proximity to the Arabian Sea on the western side and two perennial rivers Manhar and Mansar flowing on its northern and southern side formed natural boundaries. While the Arabian Sea was the main conduit for trade; the two rivers became the source of fresh water supply as well. It was important that the city should be accountable for each and every drop of water that flowed through the two rivers Manhar and Mansar and every drop of rain that fell on its surface. Not a single drop of water went wasted in this great city. 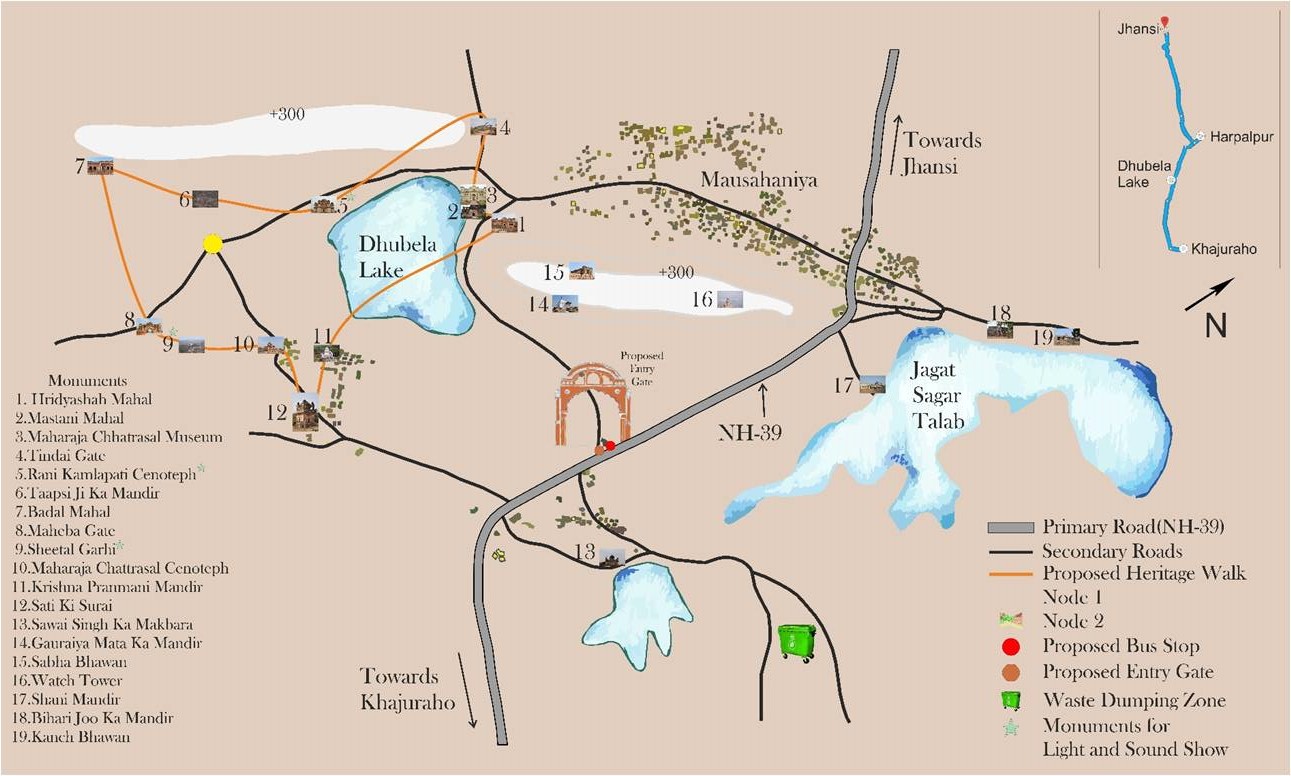 Dhubela, Madhya Pradesh: Dhubela, nestled in the Vindhya Ranges is one of India’s culturally-rich towns. Khajuraho and Orchha are the two most prominent destinations close to Dhubela. Dhubela is unique as it is the only region where cenotaphs of Hindu rulers have been built. Dhubela has three major lakes (Dhubela, Jagarsagar and Sahaniya). The lakes in the whole region are well-connected with each other which help in transfer of water in case of overflowing. These lakes serve as the main source of water for irrigation and drinking purposes.  Unlike Dholavira, Dhubela did not have any rivers flowing through it. Hence, Dhubela has taken full advantage of these three connected lakes as water-catchment areas. Owing to the mountainous region, the rain water would flow into the lakes and fulfill water needs of the city of Dhubela throughout the year. These lakes would keep the underground water recharged.

South of the River Yangtze Region in China: There are ten ancient towns belonging to the 13th Century scattered near Shanghai, Suzhou and Hangzhou which teach us how to live with rivers and lakes in a harmonious way. The ten water towns are reputed as ‘The Venice of China’ for they were built based on the water bodies that surrounded them. These water towns also owe their shapes to the flow of the rivers. Xitang among these, is the most primitive water town in a star like shape with many rivers meeting at one point. Nanxun is a cross-shaped water town that you can stroll along the two main rivers to feel the folk customs without hassle. So, designing cities around water bodies are putting to full use any water body present near towns/cities; however, without contaminating it and conserving it as well, which indeed is one of the best ways to harness the situation of water crisis.