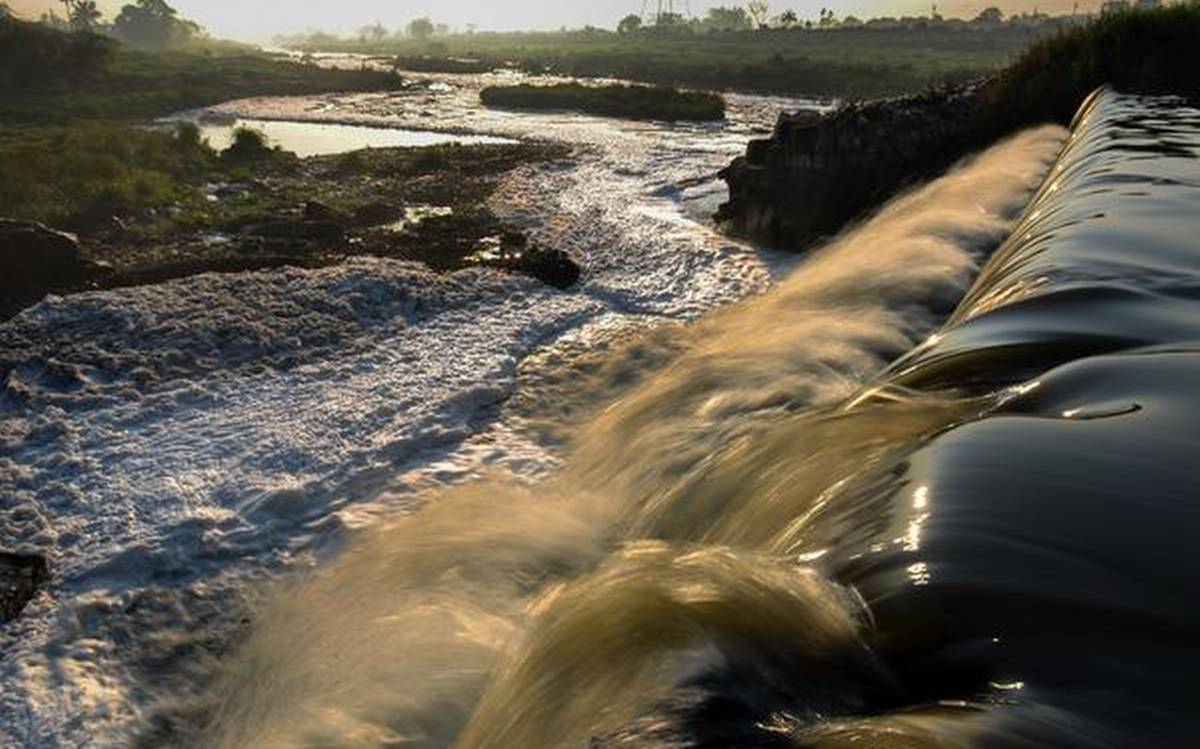 A few days back, on April 16, researchers from The University of Queensland (UQ) and Australia’s National Science Agency – CSIRO announced that they had successfully demonstrated the presence of SARS-CoV2, the virus which leads to the disease COVID-19 in Australian untreated wastewater (sewage). This finding corroborated and confirmed what researchers from the Netherlands and the United States of America had to say. A statement from the Director of UQ’s Queensland Alliance for Environmental Health Sciences revealed that samples of wastewater samples were analysed for specific nucleic acid fragments of the virus using RT-PCR analysis, and the presence of SARS-CoV2 in specific wastewater samples was then confirmed using sequencing techniques. 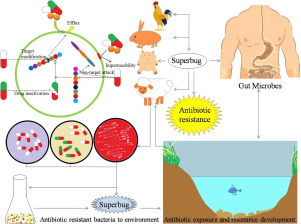 The study inferred to the obvious that people infected with the virus could have shed it through faeces and the same was traced in sewage water. This study indicates that analysing wastewater for SARS-CoV2 could serve as an early warning tool in unaffected areas. But this also means that untreated wastewater can become a source of spread of the disease.

In earlier studies, scientists have found disturbing amounts of antibiotics and antibiotic-resistant bacteria in both freshwater and wastewater in the last decade. In an article in the Horizon magazine (The EU Research and Innovation magazine), Professor Willem van Schaik, of the University of Birmingham is quoted to have said that one way in which antibiotic residues reach the environment is when people excrete them in their faeces and urine. In many poor and developing nations, 80 per cent of the sewage is discharged untreated. This also makes its way into city canals whose water is used to irrigate urban farms. Hence, urban farming that is supposed to be a boon can also become a bane. The load in wastewater that comes out of hospital sewerage is another potent source of antibiotics and antibiotic-resistant bacteria. Now with SARS-CoV2, we know that leaving wastewater untreated is a huge risk. The current disaster is big enough – can we afford another one? More importantly, do we have a solution to avert another crisis?

Typically, hospital effluents and domestic sewage are treated in conventional wastewater treatment plants. These plants occupy a large amount of space besides consuming electrical energy and chemicals for their treatment. Aeration is one of the steps in the treatment process. Several researchers, including those from Vienna Institute of Technology and Arizona State University, indicate that the aeration process generates bio-aerosols in the vicinity of the plant, which may carry infectious pathogens and virus. The risks are more pronounced in the case of wastewater from the hospital or quarantined centres. Hence, the STP operators are required to be vigilant and exercise caution during the operation. Use of PPEs especially masks, gloves and goggles are imperative. However, St. Martha’s Hospital in the city of Bengaluru is a study in contrast. The 550-bed hospital catering to 250,000 outpatients and 22,000 inpatients per annum implemented a unique Decentralised Wastewater Treatment System, known as DTS in 2009.

The DTS, currently 0.8 Million litres per day (800000 litres), was safe for reuse for flushing and gardening. The technology does not aeration or mechanical agitation, thus virtually eliminating the generation of bio-aerosols. What’s more, it has saved the hospital a whopping Rs 2.70 Crore in water savings too. The Patent Pending DTS technology was developed by a Bangalore-based, environmental engineering company called Paradigm Environmental strategies (P) Ltd or simply called Ecoparadigm. 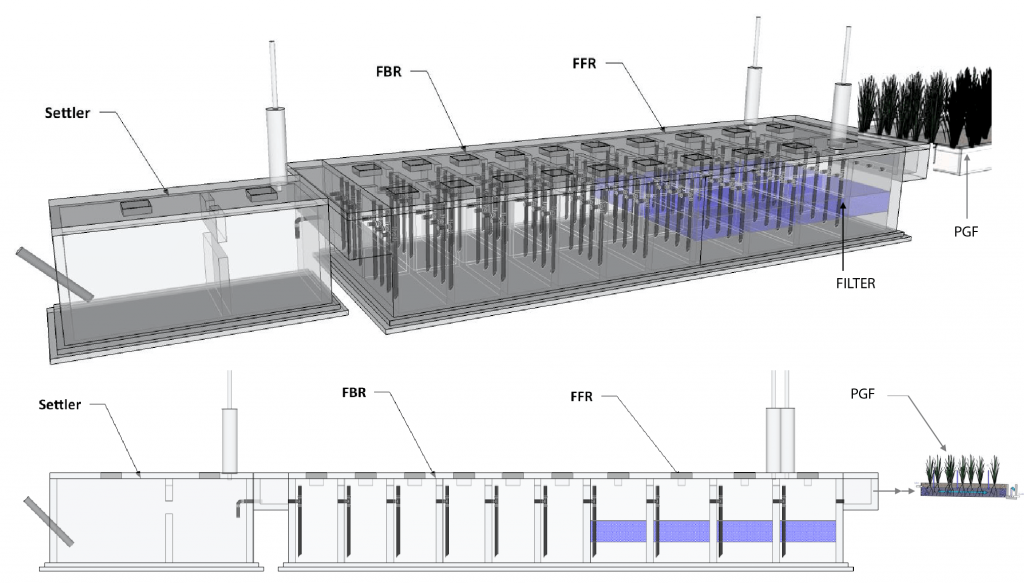 The DTS technology is a combination of different wastewater treatment technologies that cascades as separate modules into a full system that achieves the required quality of effluent that can be reused for various purposes.

A DTS is a combination of different wastewater treatment technologies cascaded in modules to a full system, to achieve the required effluent quality for the claimed reuse purpose. The series of fluidized anaerobic bed reactors (FBRs) and fixed film reactors (FFR) makes sure that the treated water free of antibiotics or pathogen that may cause disease.

The first part of the cascade always consists of three specific anaerobic modules, performing extensive wastewater stabilization in terms of organic pollution. Different options of additional modules can be added for further clearing and treating water as per the targeted effluent quality.

Ecological and Economic Advantages: “The technology has both ecological and economic advantages,” says Pravinjith KP, Managing Director, Ecoparadigm. Since DTS is an on-site solution (decentralised or semi-centralised), the treated water can be reused locally for different purposes like irrigation, flushing of toilets, cooling and heating, washing, and groundwater recharge. The technology minimises the total water consumption and also additional costs for supply, piping and pumping up into overhead tanks and allowing keeping green areas on the premises.DTS technology works mostly independent from the power supply and daily surveillance, treating the wastewater steadily.

This technology was also used for the rehabilitation and rejuvenation of Kundalahalli Lake in suburban Bengaluru – a project that won the company the National Water Award for the year 2018 under the best Resident Welfare Association (RWA) category. These annual awards have been instituted by the Union Ministry of Water Resources, River Development and Ganga Rejuvenation, Government of India, and carry a citation and a memento and a cash prize of Rs Two Lakh. The project was selected for adopting an innovative concept to treat sewage to a high degree of purity and permitting clean water to replenish the lake.

Energy Requirement: What is also interesting is the minimal use of energy in the system. The core modules of a DTS use anaerobic processes for stabilisation of the wastewater, which require no process energy. Since the DTS is placed closed to where the wastewater is produced, the flow into the treatment system is driven generally by gravity. The DTS minimises the requirement of process energy for the wastewater treatment; instead, it produces energy in the form of biogas in its anaerobic modules. This biogas can be tapped and used directly for cooking or lighting or converted into electricity via gas-generator. Hence, the energy balance of a DTS is positive and the absence of power does not influence the treatment performance of the system. This, as we see, prevents CO2 emission and saves non-renewable resources too.

Construction: To construct a DTS, locally sourced material is generally used which avoids transportation costs. The civil engineering design focuses on the durability and a fuss-free operation for decades. Since the anaerobic core modules require no aeration and desludging of the anaerobic tanks is required only once in two years, maintenance of this system is significantly lower than conventional STPs.

Wastewater – A Resource: What’s more, the mineralised sludge can be co-composted with organic material or dewatered for further reuse as fertiliser and soil conditioner in agriculture or garden. The technology drives home the point that wastewater is a resource that contains water, nutrients and some energy. Pravinjith signs off saying, “The DTS technology allows an extensive separation and subsequent reuse of these three components and is, therefore, a technical option for ecological/sustainable sanitation.”

Indeed, when COVID-19 is done and dusted, there is an urgent need to look at the treatment of waste-water as an integral part of the sanitation narrative in the country.

Sangeeta Venkatesh is an author and commentator. She is a biotechnologist by training and is a keen environmentalist. She works as a sanitation and waste management consultant.