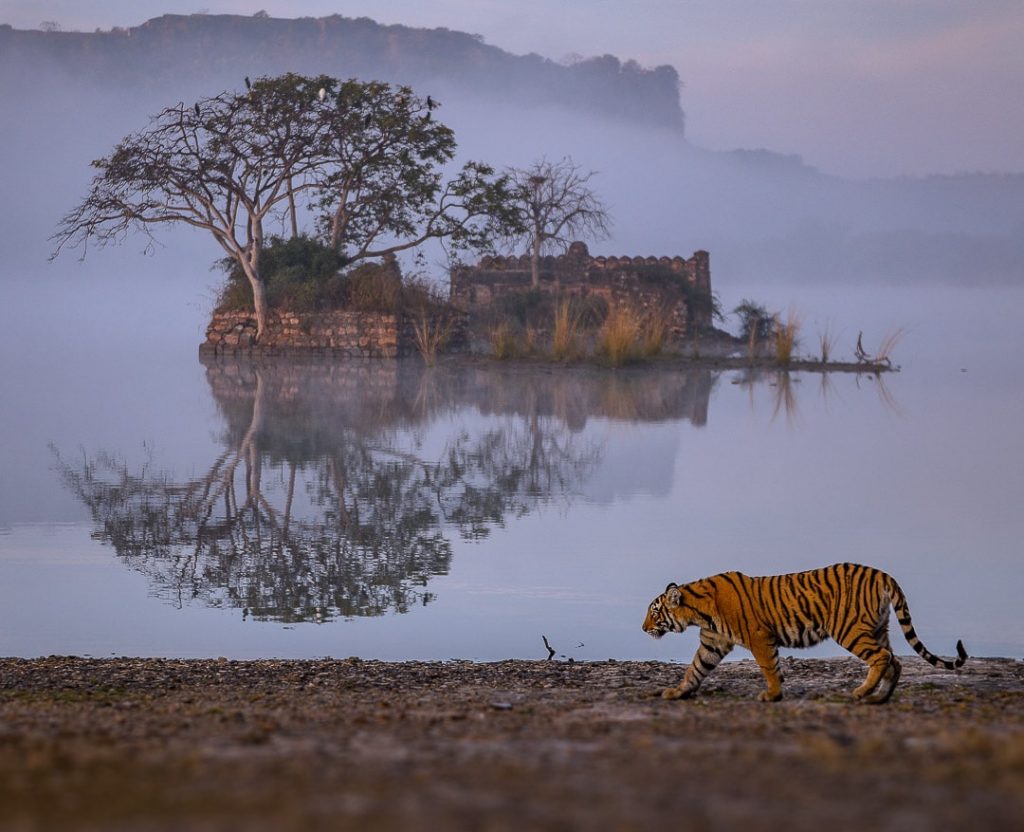 Sawai Madhopur, Rajasthan: The Animal Care Organisation (TACO), an animal welfare project of Anil Agarwal Foundation (AAF), the philanthropic arm of Vedanta, flagged off the first of the six patrolling vehicles at the Ranthambore National Park to bolster the monitoring and surveillance of the tiger reserve and its habitation. The vehicle was flagged off by Priya Agarwal Hebbar, Non-Executive Director, Vedanta and Anchor, TACO with Shri Danish Abrar, Hon’ble MLA, Sawai Madhopur and Advisor to the Chief Minister of Rajasthan, in the presence of Shri Suresh Kumar Ola, District Collector of Sawai Madhopur.

TACO was founded by Priya Agarwal Hebbar with a vision to create a nurturing environment for animals by advancing care and enhancing welfare. With an initial budget of INR 100 Crores, the programme is already operational in Haryana and Rajasthan currently and will be expanded throughout numerous other Indian States. 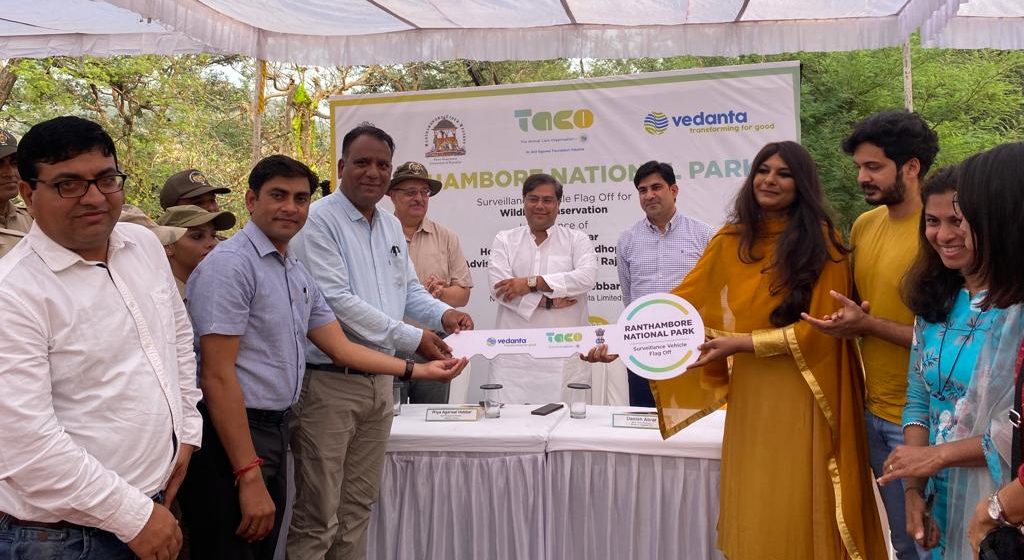 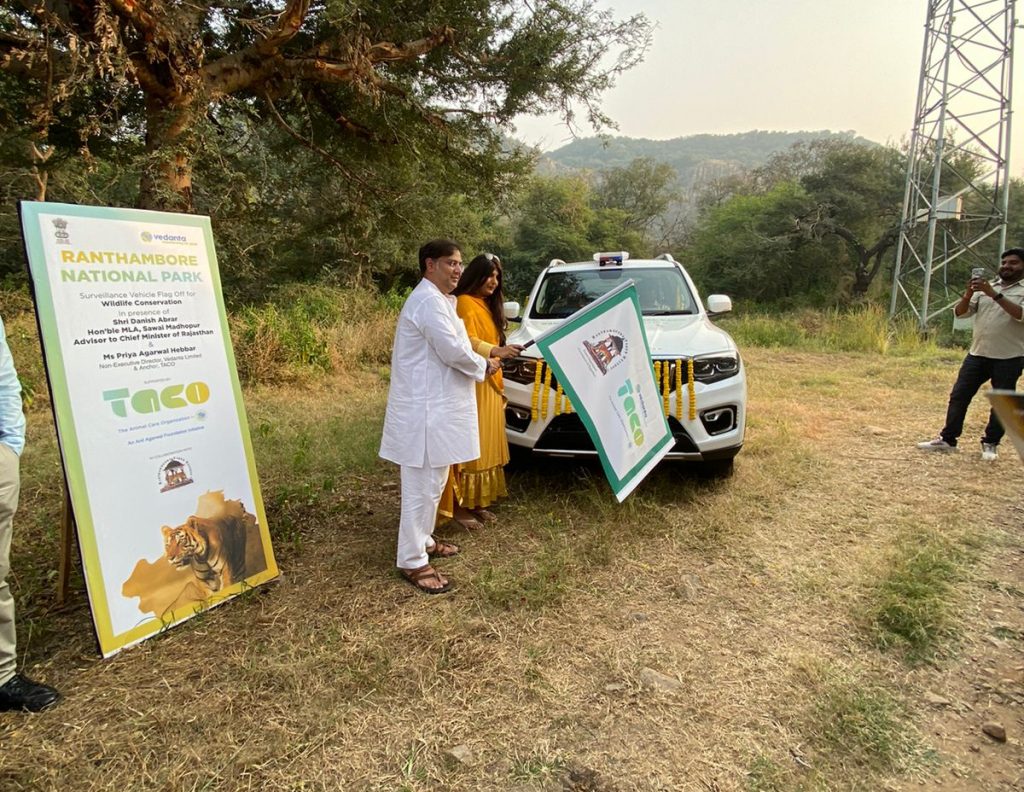 Earlier this year on International Tiger Day, TACO granted a sum of INR 1 Crore to the Forest Department, Government of Rajasthan. The grant has been utilised by the forest department to procure the patrolling vehicles hence bolstering the current conservation efforts and infrastructure for monitoring at the Ranthambore National Park.

On this occasion, Priya Agarwal Hebbar said, “The Ranthambore National Park is a biodiverse haven with a large number of flora and fauna, including apex predators such as the tiger. TACO’s efforts in supporting the reserve with patrolling vehicles will be instrumental in the protection of this diverse ecological hotspot. These vehicles will empower the forest guards and strengthen the monitoring and surveillance, ensuring holistic wildlife conservation.”

Sharing his thoughts, Shri Danish Abrar, Hon’ble MLA, Sawai Madhopur& Advisor to the Chief Minister of Rajasthan commented, “Tigers are a symbol of national pride and Ranthambore National Park is a natural habitat of these big cats. It is heartening to see the support that Anil Agarwal Foundation’s TACO has extended to the reserve in creating a more robust patrol-based monitoring system. I am sure this shall prove to be a pertinent step towards the Rajasthan government’s journey to holistic wildlife conservation, safeguarding them from poaching and ensuring a safe environment to flourish.”

According to the 2018 census, India has 2,967 tigers, the highest number of tigers in the world. The Government of Rajasthan under “Project Tiger” diligently undertakes several initiatives to halt poaching and encroachment to ensure the protection of tigers.

Ranthambore National Park, which is situated in the Sawai Madhopur District is one of the largest and most well-known tiger reserves in the nation. The national park in Rajasthan is well recognised for being home to 74 Royal Bengal Tigers. In addition to these, the national park is home to many other animals, including sloth bears, jackals, chitals (spotted deer), marsh crocodiles, palm civets, and leopards. 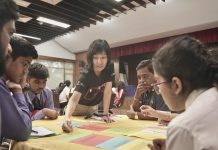 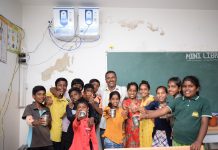 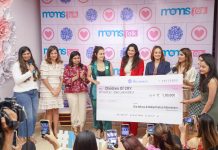 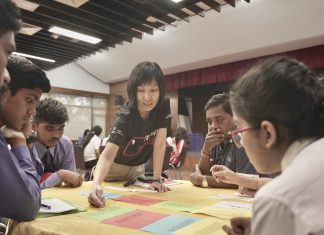