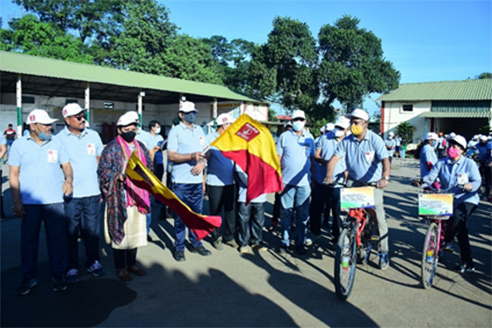 New Delhi: As a part of the observance of Azadi Ka Amrit Mahotsav, Oil and Natural Gas Corporation Limited (ONGC)’s Tripura Asset organised a seminar on Exploration & Production and a cyclothon to usher a greener tomorrow during December 3 and 4, 2021. Tripura Asset at Agartala organised the E&P seminar on “Role of Hydrocarbon Industry in the Future Economy of Tripura”, which was chaired by Secretary of Industry & Commerce, Tripura – PK Goyal, and ED – Asset Manager – Tarun Malik.

The seminar, organised on December 4, focused on the key areas of the role of the Hydrocarbon Industry in the Future Economy of Tripura and the seminar aimed to increase collaboration among the various business partners in the E&P business in Tripura. 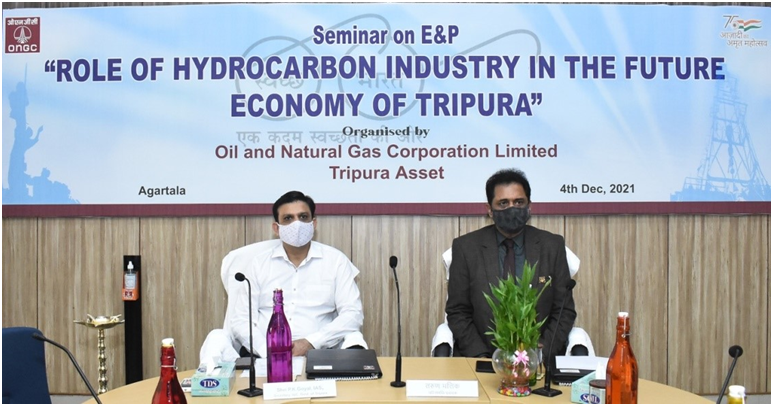 ED-Asset Manager informed about the success of the MPD Campaign that targeted the Lower Bhuban and Renji formations and that in future there could be a possibility of striking oil in Tripura. He emphasised making a big paradigm shift from the conventional coal and oil-based economy to a gas-based economy in the State of Tripura. Presenting the figures to the house, he said that, at present India produces 0.74 per cent of the world gas production and Tripura’s gas production is 5.6 per cent of India’s gas production. ONGC, Tripura Asset achieved the highest-ever gas production and sales in 2020-21.

Secretary of Industry & Commerce, Tripura PK Goyal spoke about the roadblocks in the gas industry and their alleviation through better and increased collaboration were evaluated. He stressed the need for concerted efforts in a greater understanding of business partners in E&P for smooth functioning of the oil and gas industry in Tripura to achieve all the projected targets of the oil & gas industry aligned with that of the nation. 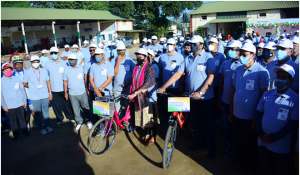 Cyclothon to Usher in a Greener Tomorrow

To celebrate the 75th year of our independence as well as to sensitise the populace to the importance of cycling, Tripura Asset organised a Cyclothon on December 3. The event ensured that all-important messages of mainstreaming low-carbon mobility and safe roads are conveyed to the larger public.

MLA of Badarghat Mimi Majumdar graced the event and lauded the role of ONGC in organizing the event. She appreciated the proactive role ONGC played during the trying times of pandemic by providing relief material to the needy. She recollected her time in Saksham Cyclothon 2020 and mentioned that ONGC has always been at the forefront in organising such events.