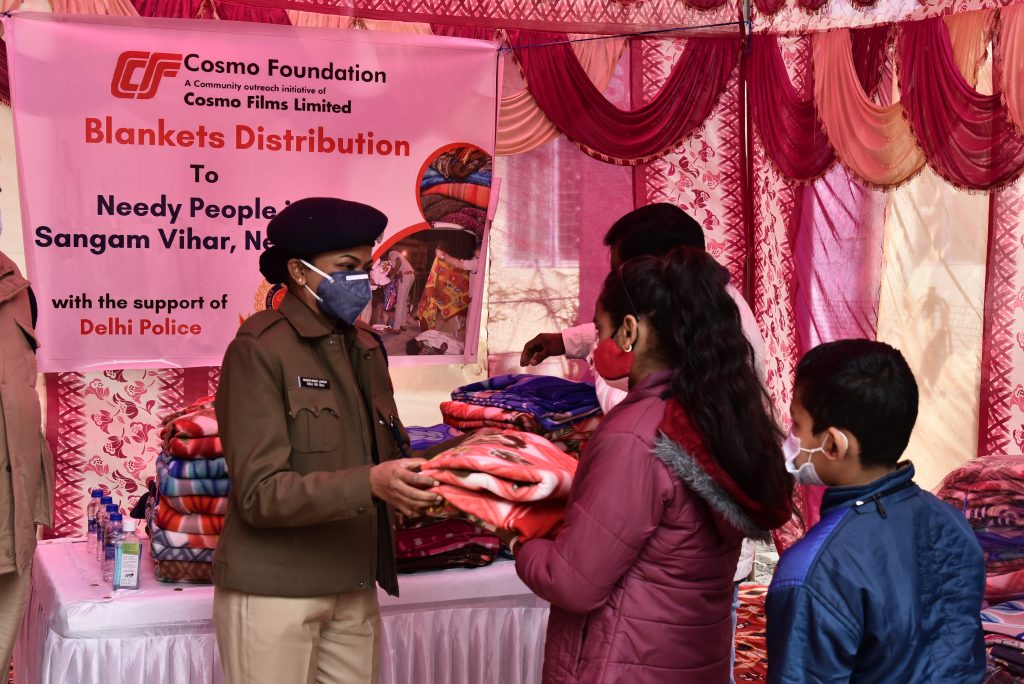 New Delhi: As the northern part of our country reels under biting cold, Cosmo Foundation, the philanthropic wing of Cosmo Films Ltd., organised a free blanket and woollen distribution camp, in association with South Delhi Police, in the city to help the poor fight against the chilly weather and keep themselves warm. 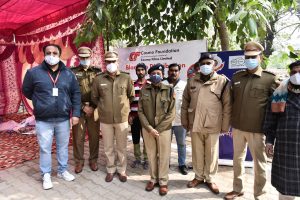 With an objective to provide a shield to the less privileged ones living under the harsh winter conditions, 1,000 blankets and 200 woollens were distributed to the underprivileged residing in the slums of Sangam Vihar area. The drive was commenced by Benita Mary Jaiker, DCP South Delhi. The drive also marked the presence of Ram Sundar, ACP Sangam Vihar; Vijay Pal Khatri, SHO; Surendra Kumar Rana, SHO, and Rajnish Choudhary, SHO.

Talking about this drive, Yamini Jaipuria, Managing Trustee, Cosmo Foundation said, “We hope that our continuous efforts to help motivate others too to come forward and give the underprivileged a hope and respite from their lives and motivate them to look forward to a better tomorrow.”

“We are happy to be a part of this initiative and this is a commendable initiative by the Cosmo Foundation. With such initiatives and working together, we can make this world a better place for the underprivileged ones. Really looking forward to being a part of such initiatives in near future,” said Benita Mary Jaiker, DCP South Delhi, during the drive.