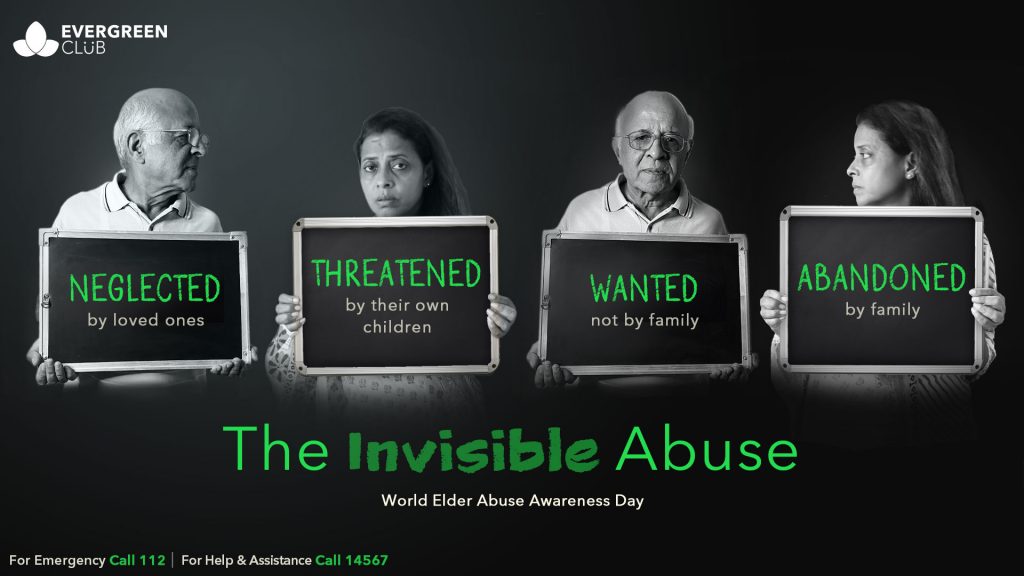 India: Elder abuse can take all forms, and not every form of abuse is visible. Evergreen Club – the online community for older adults above the age of 50, raises awareness about the psychological abuse faced by senior citizens through their recently launched campaign #TheInvisibleAbuse. On the occasion of World Elder Abuse Awareness Day, the campaign talks about the neglected issue of mental suffering in the lives of the elderly.

Old age is the most vulnerable stage of human life, in which many face discrimination. Some elderly people are deprived of even the most basic necessities, and their own family members do not treat them well. The campaign #TheInvisibleAbuse features posters of elderly people highlighting different kinds of abuse and trauma they go through at home, due to social isolation, financial issues or otherwise, which is often less spoken about. During the pandemic too, when the world practiced social distancing, emotional distancing among the elderly came into the limelight. This campaign emphasizes on the fact that the increasing psychological abuse among senior citizens should be stopped.

Speaking on the campaign, Tapan Mishra, Founder, Evergreen Club, says, “Evergreen Club was launched with the objective of creating a safe place for the elderly. Isolation and loneliness is one of the outcomes of mental abuse. Through this campaign, we want to create awareness about the less spoken issues of mental abuse amongst the elderly, help them recognize the ‘red flags’, and how and where they can seek help for support incase of abuse.”

Further, as a step towards inclusivity, in reaching off-the-net places, the team at Evergreen Club will now endeavor to conduct monthly sessions at old age homes. To start with, their first session will be conducted with the members of Missionaries of Charity (Pune) on this Elder Abuse Awareness Day. The goal is to be an escape from their mundane daily lives by addressing loneliness and social isolation. 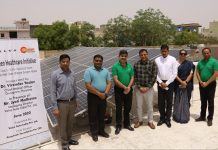 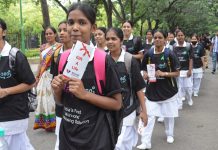 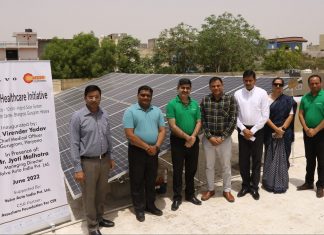 Linde India Provides Clean Toilets to 300+ Students in Dharwad and...