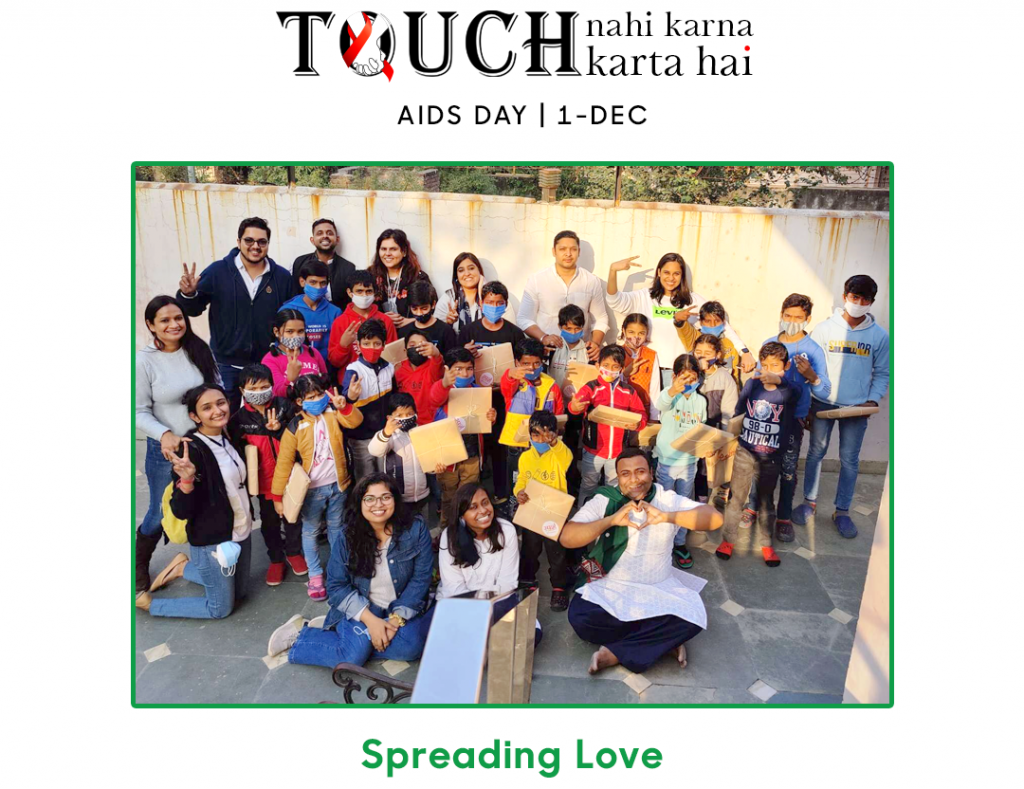 Delhi: Ferns N Petals is a brand that connects people on emotional grounds with its gifting solutions. The brand’s latest campaign – Touch NahiKarnaHai is an initiative to break the stigma built around HIV. Although HIV/ AIDS have multiple effective and evidence-based prevention measures, people with HIV or AIDS are stigmatised socially with the largest concern being – HIV/AIDS is a communicable disease. The narrative Touch nahikarna Touch kartahai is a voice that urges people to relook at their own perspectives.

For this campaign, a team from Ferns N Petals reached out to Desire Society, a non-profit voluntary organisation registered under the Andhra Pradesh Societies Registration Act, 2001with several programmes in the field of HIV/AIDS, keeping an objective of health development and well-being of children living with HIV/AIDS (CLHAs). The team spent quality time with these HIV+ children, from sharing meals together to playing games and left whole-heartedly to come back and make more such moments with these children. The objective was clear that touching is not going to spread the disease, but this incorrect mindset is definitely chaos that needs rest.

Vikaas Gutgutia, Founder of Ferns N Petals, comments on the campaign, “Since our childhood, we have been educated that HIV/AIDS is not a communicable disease at all and that there is a difference between HIV and AIDS via school debates and of course, internet, for that matter. The irony is that we still don’t want to ‘take the chance’ with our lives. Not only do we consider victims of HIV-positive as a risk to us but also treat them as a downtrodden entity in the society where there’re being sent to separate schools, given hand-me-down clothes, and even treated like contagious entities.”

The Chief Storyteller AKA Content Marketing Head of Ferns N Petals, Komal Gupta gives words to this campaign on the stigma around HIV/ AIDS, “We often show our empathy towards HIV+ patients, we talk in social circles about our noble causes and charities, but do we really care enough to empathise with what really needs to be changed? Instead of giving HIV+ patients a mechanical head-nod, give them that hug, that handshake or that slight nudge and let them know that we are equally in it, together