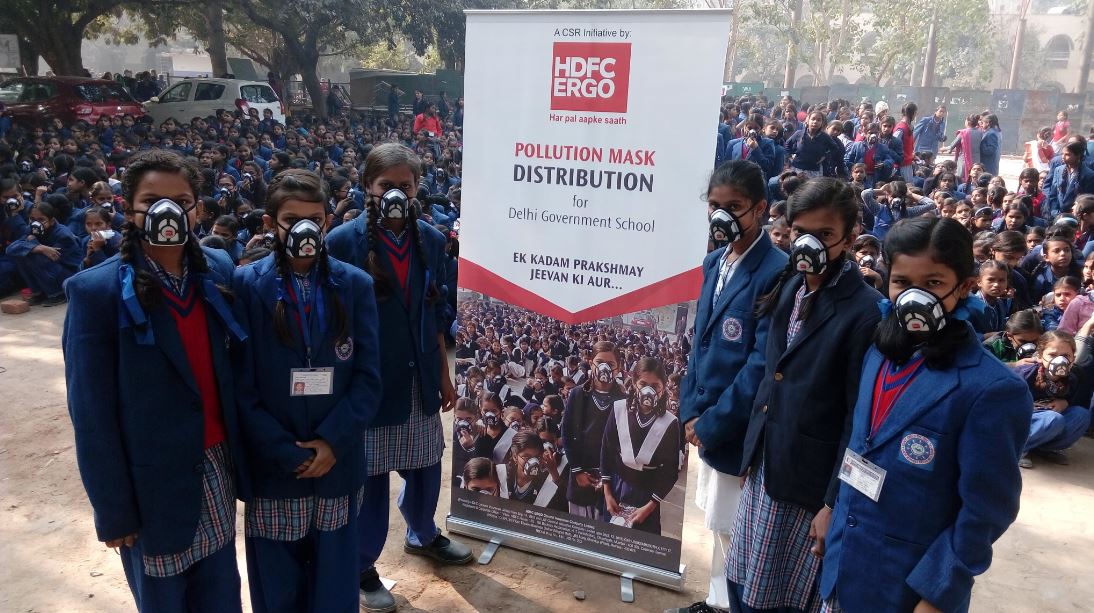 Delhi, December 1, 2017: HDFC ERGO, India’s third largest non-life insurance provider in the private sector, distributed 10,000 pollution masks among school students in Delhi ahead of National Pollution Control Day (December 2, 2017). As part of its Corporate Social Responsibility (CSR) programme, the company aims to spread awareness and address the health concerns faced by the children in the city.

HDFC ERGO took this opportunity to spread awareness about the perils of pollution and connect with over 21,000 students and more than 600 school teachers and supporting staff at these government schools. Additionally, the Company also educated them on the safety measures one must take to prevent any health hazards that may be caused due to pollution.

Speaking on this CSR initiative undertaken by the company, Mr. Mehmood Mansoori, Member of Executive Management & Group Head, HDFC ERGO General Insurance, said, “We took this initiative to distribute high quality pollution masks to students of government schools in Delhi  to ensure their well-being though our CSR activities.” 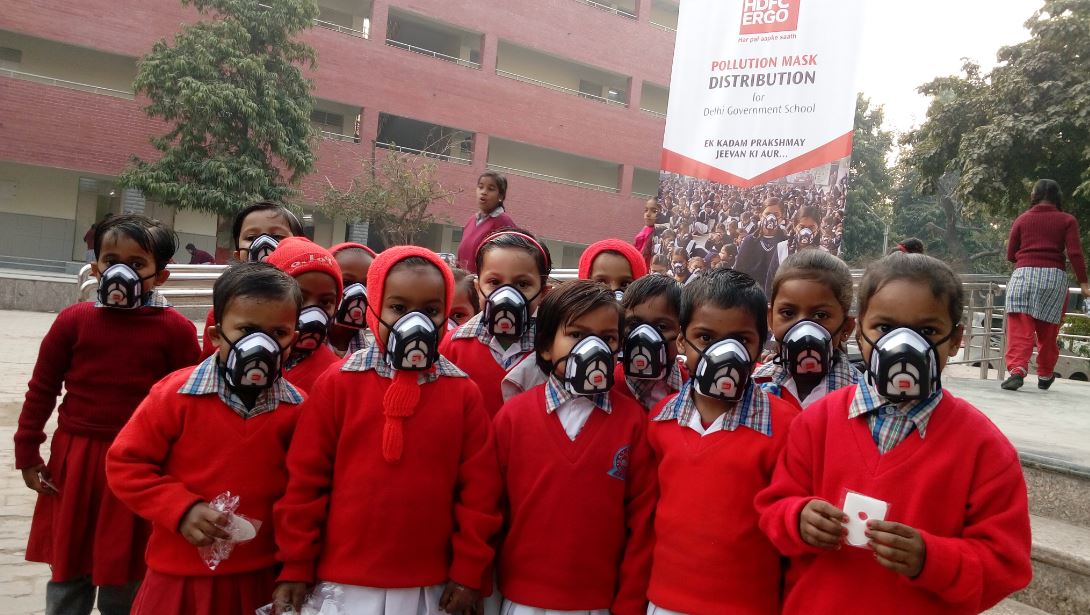 The permissible level of PM 2.5 (particles smaller than 2.5 microns) is 60 per cubic metre while for PM10 (particles smaller than 10 microns) it is 100 micrograms per cubic metre. Air quality or ambient (outdoor) air pollution is represented by the annual mean concentration of Particulate Matter PM10 and PM2.5, which are the tiny dust particles that can be absorbed in lungs and blood tissues. The poor quality of air can be a combination of industrial fumes, dust, exhaust fumes, open fires and the burning of crop stubbles, which affects elderly people and children the worst. These are the key reasons that cause severe respiratory and cardiac problems.

HDFC ERGO plans to continue its CSR efforts in 2018 and focus on issues which pose a serious concern to people’s healthcare and spread awareness about the preventive measures.