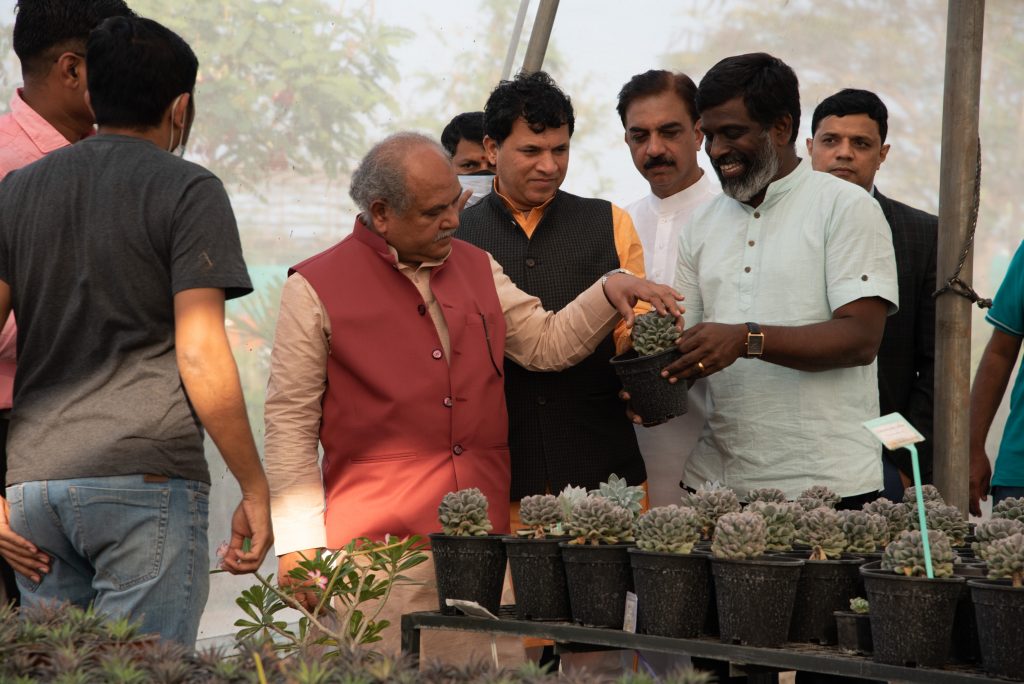 Hyderabad: Heartfulness Tree Conservation Centre launched Modern Tissue Culture laboratory to help propagate the critically endangered plant and tree species in the country. The project was inaugurated by Hon’ble Union Minister for Agriculture & Farmers’ Welfare – Shri Narendra Singh Tomar, to mark the conservation efforts by Kanha Shanti Vanam. While Heartfulness Institute aims at growing the plantlets at the ashram, a good share will also be given off across the country to the Forestry Department, NGOs, and other plantation bodies that are involved with afforestation in India. 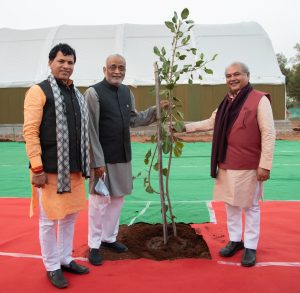 Speaking on the occasion Shri Narendra Singh Tomar said, “Kanha Shantivanam is very inspiring, it is centre for spirituality, which is important for human life’s development, continuity and durability. We all know that for humans with spirituality, the deed is equally important. So, when spirituality and deed stand together a creative power emerges. During my visit to Heartfulness Centre, I feel under Daaji’s guidance and vision the ashram makes you feel like being touched by the nature and protecting nature’s beauty is everyone’s responsibility. After meeting Daaji’s and visiting the tree conservation centre’s tissue culture lab I realised that species that are getting endangered can be saved and further be developed which would create employment and bring revolution in agriculture as well. Whoever will visit Kanha Shantivanam will get inspired, and it will be of great help to the country and environment if the learnings of the Centre are used further.I wish everyone comes here and witness the great initiatives which are being implemented and take it forward as much as possible, individually.”

Daaji added, “Much before the West proved that plants are living beings, the Vedic knowledge had always recommended putting trees ahead in priority. Many trees are not only worshipped but also find a spiritual significance in Indian culture. Our proprietary medical knowledge is also plant-driven and trees have always been given their due as revered species in most parts of the country. By safeguarding the many species of plants, it is only a minuscule effort in the direction for the benefit of our future generations and the overall ecosystem.”

The Heartfulness Tree Conservation Centre aims to conserve the tree species near extinction through Tissue Culture Technology to get more saplings while overcoming the challenges of traditional methods of plant propagation. The traditional methods can pose challenges in terms of reproduction thereby affecting the sapling numbers. Therefore the in vitro methods of tissue culture are adopted for the tools it provides in a variety of ways depending on the need of the species.

The Heartfulness Tree Conservation Centre has a 5,000 sq. ft. facility with 10,000 cleanroom technology, 15,00,000 annual sapling production capacity with the finest equipment and infrastructure with the tissue culture processes being overseen by a team of experts from India and Israel with more experts joining the team in the next three months. At least five endangered varieties are propagated at the rate of 1.5-2 lakh saplings per year per variety by the Heartfulness Tree Conservation Centre. The raw material sources are obtained from native locations of the endangered species with the help of the Forest Department. Elite plant materials are obtained from fields of Kerala, Assam, AP, Tamilnadu and elsewhere wherein the desired plants are tagged for future use.

India has about 49,000 plant species of which 28 per cent of the plants are on the verge of extinction. It means that if not protected, these plant species some of which also have medicinal properties will be wiped out from the face of the earth soon. The International Union for Conservation of Nature (IUCN) has announced the Red List of endangered plant species that are steadily on a rise in India.

There are ongoing conservation projects at Kanha Shantivanam such as the Rainforest Project, the Deccan Plateau Project, the Food Forest Project and the Yatra Garden with volunteers helping in a mass plantation. So far 600,000+ trees have been planted and 10,000+ trees saved through translocation efforts and an in-house nursery that has over 60,0000+ varieties of saplings. The various sustainability initiatives at Kanha have resulted in impacting the microclimate of the region in a very positive way transforming a once barren stretch of land to a fertile green oasis resplendent with a variety of flora and fauna not seen before in the region.

While the endemic and food plants are grown, the rock gardens featuring the magnificence of the Deccan Plateau and a chakra-based pathway in the Chakra Garden meant for quiet contemplation attracts spiritual seekers. People are motivated to adopt and gift plants and identify land to plant a sapling by forming a group of volunteers with plantation guidelines as encouraged by the Heartfulness Institute.