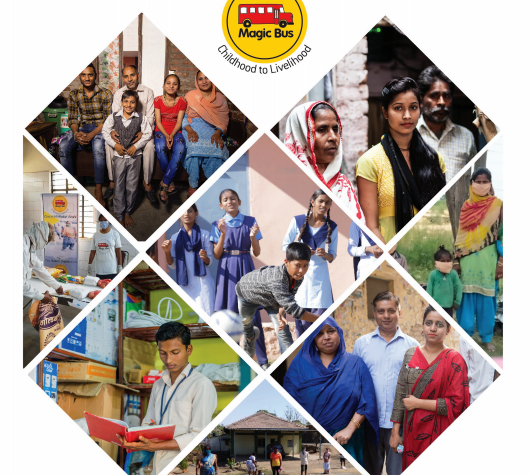 India, June 2020: The most affected by the COVID-19 crisis are marginalised groups, and India has seen a cascading effect on livelihoods and children’s education. The need to identify the issues, understand and develop appropriate need-based interventions to address them in a timely manner is critical for the Government and NGOs. This need coupled with Magic Bus’ widespread and reach in some of the marginalised communities in India motivated us to conduct a survey. The study has shed light on the number of issues that have emerged as a direct effect of COVID-19 and the impact that it has on children, young people and their families. The Survey will help develop strategies for responding to the crisis – in the post-lockdown period – to build income security for the families and ensure continuity of learning and well-being of children.

According to the Centre for Monitoring Indian Economy (CMIE), 1 in 4 employed lost jobs across India in March-April. The unemployment rate stands at 27.11 per cent, with urban areas having a higher rate of unemployment (29.22 per cent) as against rural areas (26.69 per cent).

We seem to be turning the clock back on education.

For a child, school is the fulcrum for several things: learning and education, collective playing and socialising, nutrition, health and hygiene.

Right now, more than ever, we have to be focused on the mental health of the child rather than learning alone.

Adolescents’ Perceptions of the Post-COVID World