India, June 2020: OZiva, pioneers in clean, plant-based nutrition in India, recently launched #BetterEkSaath campaign on their website and social media platforms. The campaign ‘1 Story 100 meals’ aims to encourage people to share their stories of evolution, inspiration and change while doing it for the greater good of donating meals to the people in need. The campaign went live in May with no definite time period.

As a company, OZiva has always encouraged people to adopt a healthy lifestyle.  Through the campaign, they are sponsoring 100 meals for every featured story, and for every participant in workout challenges, OZiva is sponsoring one meal per entry. This way they can collectively sponsor more meals for their charity partner ISKCON Annamrita Foundation. The campaign is ‘live’ through their official website and Social Media Platforms like Instagram, YouTube channel (OZiva TV) 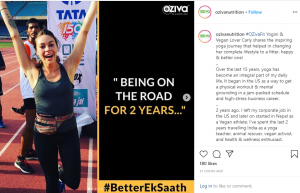 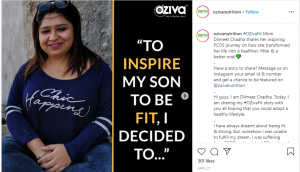 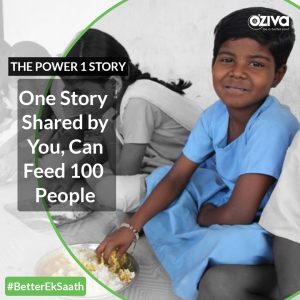 Commenting on the initiative, Aarti Gill, Co-founder of OZiva said, “This is more than a campaign for us, as there is a lot of intent, honesty as well as responsibility behind it. We want people to look after themselves, work on their own transformation (physical or mental), while we will look after the community on their behalf.  Through the campaign, we are trying to contribute to the nation at this trying time while encouraging people to take a step further in becoming a better version of themselves. In the first few days of the campaign going live, we got 1000+ requests via interest forms, Instagram DMs and on our existing customer base from people to share their stories. #BetterEkSaath has already struck a chord with people as they are willing to become a part of our movement. In future, we are hopeful of donating at least 50,000 meals through the initiative.”