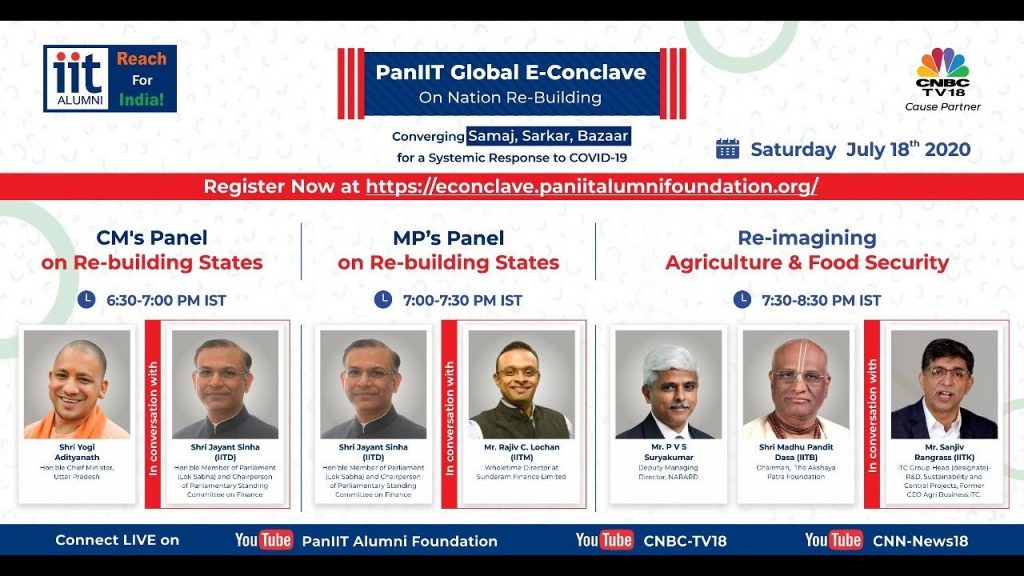 New Delhi, July 21, 2020: The final leg of the three-week Pan-IIT’s Global E-Conclave concluded with key solutions and strategies to embark on as the country gets into recovery mode from the impact of the pandemic. As the country tries to work through multiple challenges in these unprecedented times, the global IIT Alumni community with the stakeholders of India’s economy as a force to address the current crisis. The third phase of the conclave witnessed intense discussions on rebuilding States and industry and re-imagining agriculture, food security, MSMEs and livelihoods with Global IIT alumni and Indian policymakers, industry captains and third sector leaders.

The first session on ‘Rebuilding States’ featured Lok Sabha MP – Jayant Sinha in conversation with UP Chief Yogi Adityanath who shared lessons learned from the pandemic and steps taken by the government to battle it. The second part of the session featured Rajiv C. Lochan, an IIT Madras Alumni and CEO of Hindu Group’s publishing vertical in conversation with Jayant Sinha discussing the systematic responses for structural changes. 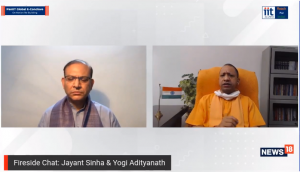 “In UP, which has a population of approximately 24 Crores, we came across multiple challenges while fighting against the virus outbreak. We managed to contain it during the four phases of lockdown. The cases started increasing once we entered the unlock phase with the opening of interstate movements, but we managed to control them and today, the State has almost 16,000 active COVID cases. We are getting them treated across our three levels of hospitals. I believe that till the time we don’t come across any vaccination or treatment for COVID 19, staying safe under all precautionary measures is the only way out. However, amid all these preparedness, we have also realised that we cannot keep the State or the country under lockdown for long as it has been affecting the economic health drastically. During the lockdown, we emphasised on keeping the agricultural industry active and focussing on the safety of our farmers and industrial workers. There was a record-breaking sugar and ethanol production during this period. We have also successfully kept our 2500 cold storages operational during this period. The best part was that we could monitor all of these through technology and digital platforms. We believe that this will help us in driving the economy and creating new jobs in the future,” said Shri. Yogi Adityanath, Hon’ble Chief Minister of Uttar Pradesh. 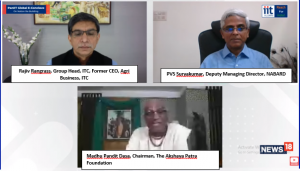 The panel on ‘Re-imagining Agriculture and Food Security’ was moderated by IIT Kanpur alumnus Sanjeev Rangrass, Group Head Designate of ITC. This panel also featured PVS Suryakumar, Deputy Managing Director of NABARD and Madhu Pandit Dasa, Chairman of The Akshaya Patra Foundation. They discussed agricultural reforms, their impact on rebuilding agriculture and benefits to the farmers, apart from driving food security and nutrition during these difficult times.

The final day of the Conclave witnessed the Union Minister of MSMEs, Road Transport and Highways, Nitin Gadkari, and Grameen Bank Founder Prof Muhammad Yunus, in conversation with Mindworks CEO – R. Gopalakrishnan, who is also an IIT Kharagpur alumnus. The trio deliberated on the strategies to revitalise MSMEs and the Indian economy as the livelihood of 69 per cent of the country’s working population is based on this sector.

“It is surprising to see how the poor in our country are not considered credit-worthy by the banks. I would say it’s the other way round. The banks have not designed something for them. According to me, they have to be people-worthy in order to do business with them. So today, if we make this possible and issue license to the microfinance organisations as a social business so that they can make deposits and lend to the defined micro-entrepreneurs. Unless we do this, micro-entrepreneurs will not be able to progress,” asserted Prof. Muhammad Yunus during the fire chat session.

“India’s most important requirement is to finance poor people and create employment potential. But the problem is for the people who are socially, economically and educationally-backward. There is no availability of microfinance and that is exactly the need of the hour. In our agriculture, rural and tribal space which is dominated by 65 per cent of the country’s population, the GDP growth rate and per capita income are very negligible. Our Prime Minister has identified 156 districts where we need to focus more on health services, education and economy,” added Shri. Nitin Gadkari, Union Minister for MSME, Road Transport & Highways from the Sarkar’s perspective. 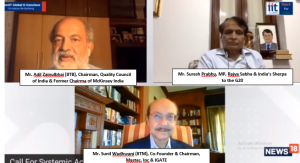 Meanwhile, the ‘Re-building Industry’ session featuring Adil Zainulbhai, Chairman of Quality Council of India, India’s Sherpa to G-20 – Suresh Prabhu, and Sunil Wadhwani, Co-founder & Chairman of Mastech, Inc. and IGATE discussed on how the forward-looking Indian Government can work towards turning crisis into opportunities. They praised how the government under the leadership of Narendra Modi is very cognizant of the potential impact technology in both the commercial industry and for the social good to transform India in the post-COVID era.

Emphasising on this optimism towards Indian companies and society as well as the role of India globally, Shri Suresh Prabhu said, “Today’s COVID-19 situation is a reality affecting the entire world.  The world has changed in terms of the way we are doing business, the way we are talking to people and the way we are living life. So, as the change takes place, it offers opportunities to those who were not necessarily part of the earlier system. Despite our country’s economy coming close to $3 trillion, we are not a big player in the world yet. But we can become one now because of the changes that have started taking place. With our country dealing with different countries, new supply chains will emerge, new ideas will dominate the world and in that situation, opportunities will arise.”