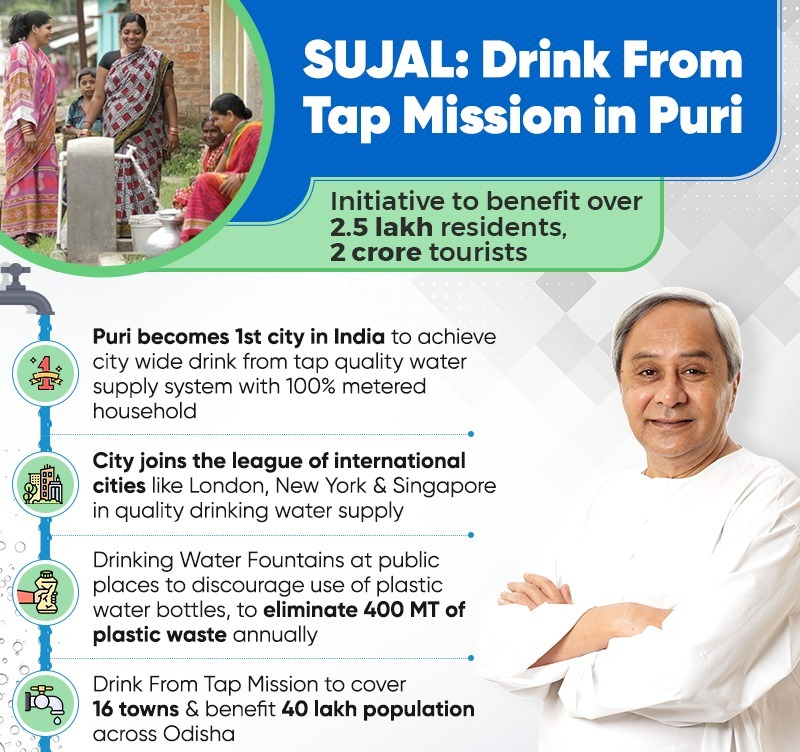 Mumbai: Puri has become the first city in India to achieve 24×7, safe drinking water from taps, as per Indian Quality Standards of IS 10500 from July 26, 2021. It is an initiative of the Odisha Government’s Sujal or Drink From Tap mission, spearheaded by the Chief Minister – Naveen Patnaik. The transformative initiative will now benefit the city’s 2.5 lakh local population and two crore tourists who visit the holy city annually. The provision of safe drinking water will further help prevent the usage of three crore plastic bottles annually eliminating 400 metric tonnes of plastic waste, further reducing the State’s carbon footprint.

The state-of-the-art technology, which allows people to drink directly from the tap, has become a reality in India for the first time. Puri now has 100 per cent metered household water connections with safe drinking water round-the-clock joining the league of global cities like London, Singapore and New York. 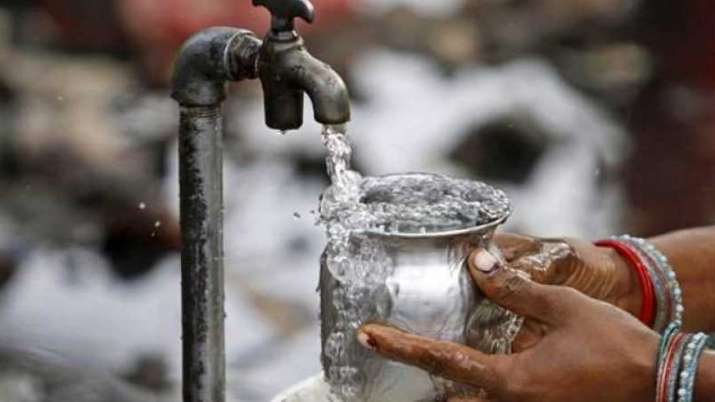 The Hon’ble CM of Odisha inaugurated the Drink from Tap Mission – Sujal – in Puri through video conferencing on July 26. Dedicating the 24×7 drink-from-tap-quality water supply system to the glory of Jagannath and the people of Puri, he said, “Providing drink-from-tap quality water 24×7 to every household is a transformative project, and this is a step in the direction of our vision in making Puri a world-class heritage city. Puri residents, tourists and pilgrims alike can now drink water from taps across the city – be it at home or across the newly-established water fountains. It has been my dream to provide piped drinking water to every household in Odisha, and this is now turning a reality.”

Pilgrims who visit the city will further have access to 120 drinking water fountains set up by the State all along the Grand Trunk Road and other Puri hotspots that are similar to the water fountains at airports. Apart from Puri, the mission is also on its way to success in 16 other cities across Odisha covering 40 lakh households. The initiative, with its mission of ‘Water for All’, is set to provide safe water to every household in Odisha across all 114 urban local bodies with an inclusive mandate covering all slum households across the State.

The water quality surveillance has been strengthened with state-of-the-art laboratories, labs on wheels, chlorine analysers with automatic chlorine dozers, water quality sensors, and doorstep quality surveillance. Underprivileged women from Self Help Groups, part of Odisha’s acclaimed Mission Shakti, designated as Jal Saathis, have been hired as a key community link between the public and the government on a performance-based and incentive-linked programme that furthers Odisha’s long-standing commitment to women empowerment and inclusion. Jal Saathis have been trained for meter reading, revenue collection, conducting field water quality tests and sensitising people to having metered connections. This has ensured 100 per cent metered household connections in Puri.

Returning migrants have also been considered in this mission, and plumbers are being trained for installation and maintenance work, including checking for leakages and wastage of water.