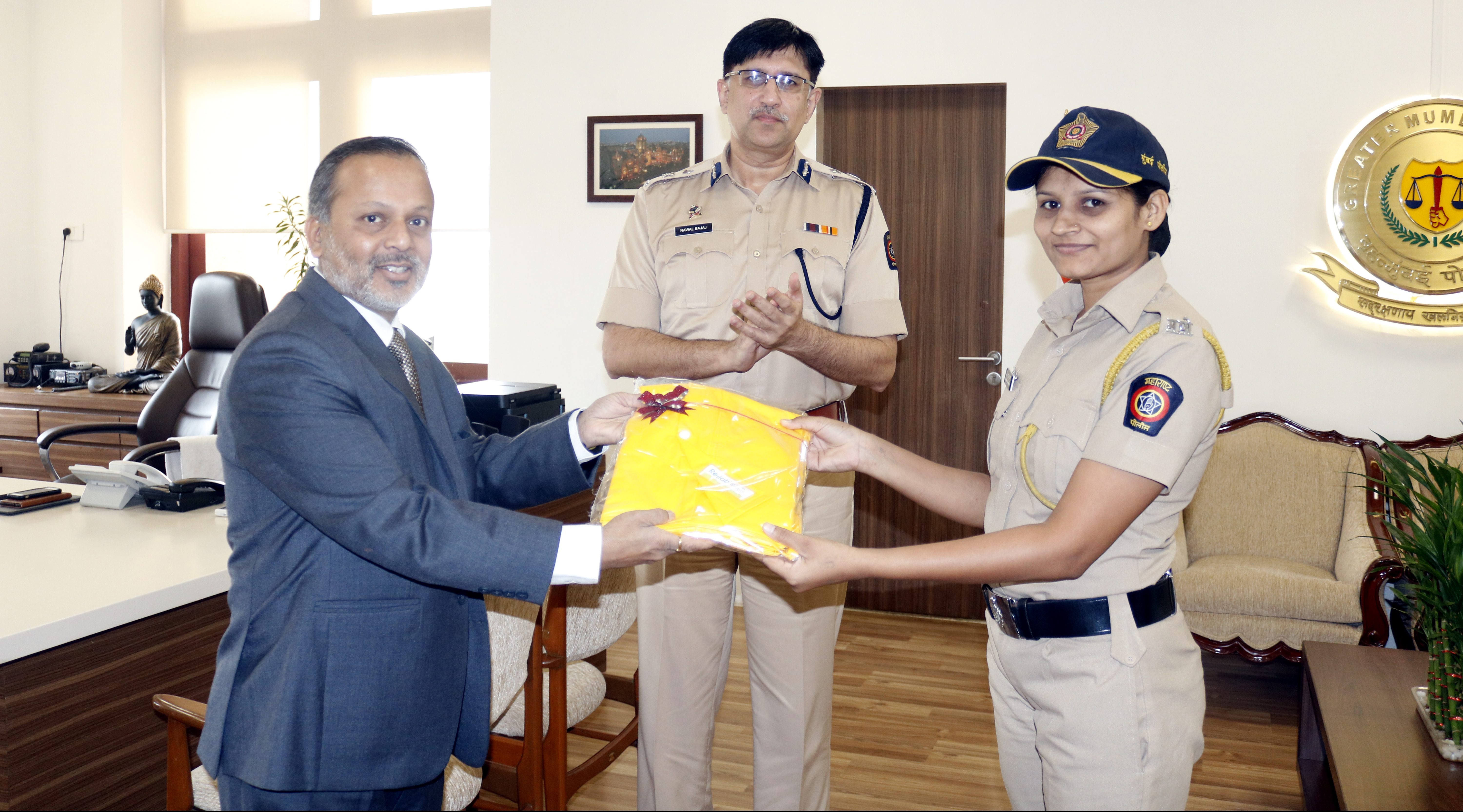 Mumbai, August 6, 2019: SBI General Insurance, one of the leading general insurance companies in India, has initiated a drive to distribute 15,000 raincoats to Mumbai Police this monsoon. The drive aims to cover the five regions of Mumbai – namely north, south, east, west and central. A similar drive was conducted last year as well, where the company distributed 10,000 raincoats to the police personnel.

Atul Deshpande, COO, SBI General Insurance, handed over the raincoats to Nawal Bajaj, Joint Commissioner of Police, Mumbai, at his chambers in Mumbai. Deshpande said, “At SBI General Insurance, we appreciate the efforts taken by Mumbai Police to maintain law and order in the city. Our employees will be visiting each of the five regional offices where the raincoats will be distributed. We are glad to contribute in any way possible to show our gratitude to them.”

Talking about this initiative, Nawal Bajaj, Joint Commissioner of Police, Mumbai said, “We appreciate this wonderful gesture by SBI General Insurance. It helps motivate our ground force to be recognised and appreciated for all the efforts invested by them. Mumbai Police is always proud to serve its citizens come sun, hail or storm.”

This year, Mumbai has received heavy rains in the month of July. Talking about July rain figures, so far, until July 29, the Santa Cruz observatory has witnessed 1359.7 mm of rains which is more than 500 mm of rains than normal. In fact, with four digit rains this month, July 2019 rains have been the second highest ever with the highest being 1468.5 mm recorded in July 2014. The Company believes that the Mumbai Police Force stands by the citizens to protect them in every situation.