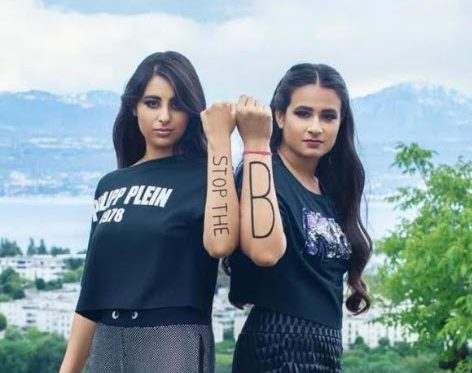 New Delhi, December 17, 2020: Teasing, taunting, calling names, inappropriate sexual comments, threatening to cause harm, leaving someone out of purpose, embarrassing someone in public, hitting, kicking, pinching, spitting, pushing, making mean or rude hand gestures are a very common form of bullying most of us face every day. School and college students are more vulnerable to it.

Ethnic or colour based bullying is something which a lot of people studying in foreign nations have experienced at some point or the other. They either get accustomed to it or just run away from it. But unlike other Asians, two sisters – Vasundhara and Riddhi Oswal decided to fight back and they started a dynamic and unique campaign “Stop the B”. This is an exceptional movement where two young sisters are trying to create awareness against bullying activities in schools and colleges across the globe. As we all know bullying is not a new phenomenon, it existed since ages. But in many parts of the world, it is a crime which does not have any harsh punishment under the law although it leaves a lifelong scar or depression on the victim’s mind and soul.

Vasundhara and Riddhi Oswal, aged 22 and 16 now, have a clear vision to take this movement to the highest level where any bystander who witnesses a bullying activity or behaviour should intervene and stop it.

Stop The B is supported by international academic experts in anti-bullying, whose data and insights ensure the campaign is always rooted with credible scientific and psychological evidence.

Riddhi’s parents have also felt the need to do their part and are in the process of setting a legal structure that bullying is an infringement of children’s rights. 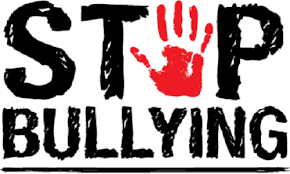 ‘Stop The B’ is an online community platform made by these two young sisters, that stands in solidarity against all forms of bullying (online or offline). This platform ‘Stop The B’ is an attempt to help spread awareness on bullying and encourage others to speak their horrifying stories of ethnic and racist bullying. The Oswal sisters created ‘Stop The B’ for active bystanders for other victims and simply let them know that they are not alone in their fight.

Apart from raising awareness and educating people about bullying problems, the main objective of ‘Stop The B’ is to encourage people into active-bystanders. To recognise physical and cyberbullies, intervening when they see a problem. The platform ‘Stop The B’ also holds contests where participants are encouraged to share their experiences and win prizes.

Contests are open to school and university students only, aged between 13 to 25. ‘Stop The B’ is also looking to partner with schools and universities to increase the scale of their campaign. They are willing to provide free and social tools with which institutions can spread awareness on the dynamics of bullying and by standing among their students and teachers.

‘Stop The B’ already has the endorsement of several renowned experts in the field of children’s rights, school violence and bullying such as Dr Sameer Hinduja (U.S.) and Dr Zoe Moody (Switzerland).

Riddhi and Vasundhara said in a candid conversation, “At various points, we faced bullying in various unfortunate situations and it’s understandable that people don’t speak up. Because the conversation around bullying has not been shaped in a comfortable way. We need to be vulnerable and also polite around this topic because that’s when we open ourselves to intimate details about our experiences and only then change can happen. We have engaged all the members of the society and educate them about bullying and the exhaustion that the victim goes through. Bullying is not good. It’s not fancy and no one deserves it. We need to end it.”

Do connect with ‘Stop The B’ on Instagram, Facebook and Twitter, their main handle is Instagram which can be easily accessed. There you can find attachments of Dr Debarbieux and Dr Sameer Hinduja that testify to Riddhi’s bully story.